Egypt has begun construction of a yacht harbor in Dahab to promote yacht tourism with Saudi Arabia and other Gulf countries. 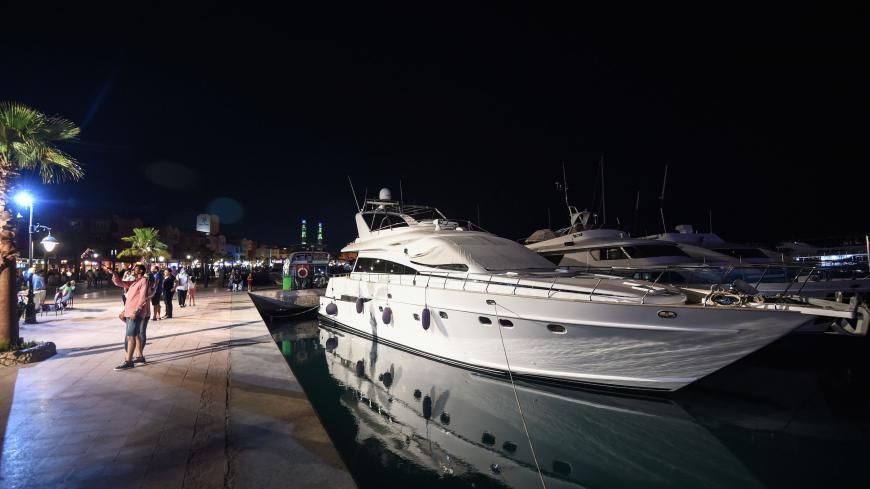 Yachts are moored at the marina in Egypt's Red Sea resort town of Hurghada on Aug. 24, 2018.

CAIRO — The governor of South Sinai, Khaled Fouda, and the chairman of the Red Sea Ports Authority, Khaled Zahran, inspected the construction site of the yacht harbor project in Dahab on the southeast coast of the Sinai Peninsula Dec. 6.

Fouda stressed in a press statement the importance of the project as the harbor constitutes a maritime connection route between the Saudi city of Makna in Tabuk province and the Egyptian city of Dahab in South Sinai, with easy, speedy and safety of movement between the two cities.

Fouda added that the project’s main objective is to activate tourism in Dahab, turn the city into the first tourism crossing with Saudi Arabia and the Gulf countries, and revitalize tourism in Sinai. The project will also contribute to revitalizing tourism with Tabuk, the United Arab Emirates and Saudi Arabia, and to mainly reviving yachting tourism with the Gulf countries as a part of Arab tourism to Egypt. This is added to boosting tourism transport activities.

The Red Sea Ports Authority had proposed in 2017 the project to build a yachting harbor over an area of ​​45,000 square meters in Dahab with a cost of 70 million Egyptian pounds ($4.4 million), and with $40 million in investments. The project includes building a 300-meter-long and three to five meters deep marine scaffold, an administrative building of 600 square meters, and infrastructure networks (electricity, water, sewage treatment plant and seawater desalination plant). A contract was signed by Saudi investors and the Dahab Businessmen Association to connect Tabuk to Dahab with the aim to support and boost tourism in South Sinai and operate regular tourism lines between the two cities. This is added to encouraging commercial and real estate investment opportunities in South Sinai and yachting tourism in the Arab Gulf states.

Malak Youssef, the media spokesman for the Red Sea Ports Authority, who took part in the Dec. 6 inspection visit at the project’s site, said in a press statement that the Ministry of Transport approved the project, to which an area of 70,000 square meters has been allocated, and added that project is being readied for bidding.

Youssef added that marine researches were conducted on the ground, saying the distance between Tabuk and Dahab does not exceed 23 km and can be travelled by yacht in less than half an hour since Dahab is closer to the Saudi tourists who live in Tabuk than the rest of the Saudi cities. He added that once a contract for the harbor’s construction is awarded to a company, the project would be completed within eight months.

Ilhami al-Zayyat, former president of the Egyptian Federation of Chambers of Tourism, told Al-Monitor that yachting tourism is a major industry and will generate income to the Egyptian state since most tourists who own yachts are well-off. He added that some visitors also seek to travel by private yacht inside Egypt in order to enjoy the nature and charming atmosphere of Dahab in Sharm el-Sheikh. He noted that a duty free zone must be established next to the port, which will further increase tourism revenues for the Egyptian state.

Zayyat believes that the yacht harbor project will generate income and increase tourism, especially in light of the bridge project that is being established to link Egypt, Saudi Arabia and Jordan. The bridge will boost the arrival of Arab tourists to the city of Sharm el-Sheikh and facilitate the operation of the harbor, he said. Egypt has many characteristics that allows it to compete with other countries in the Mediterranean in terms of yacht tourism in the Mediterranean, particularly since yacht owners can stay in the harbor for a year-long, he noted.

The tourism sector in Egypt, which generates hard currency for the state, must take important steps to revitalize this type of tourism, as yachting tourism is expected to boom in the coming period in Sharm el-Sheikh after the establishment of the yacht harbor in Dahab and Makna in Saudi Arabia, according to Zayyat.

For his part, Amr Sedqi, head of the parliamentary tourism and civil aviation committee, believes that as long as the COVID-19 crisis remains, any type of tourism is bound to fail, specifically yacht tourism as the virus can enter the country.

Yet still, Sedqi told Al-Monitor that yacht tourism is lucrative and attracts tourists from all countries especially those seeking to escape the cold who can spend more than six months in Sharm el-Sheikh and leave their yachts docked at the harbor.

Sedqi said there are yacht harbors in Hurghada, Marsa Alam and Suez, and the idea of a harbor in Dahab is good, especially since there is no yachting tourism in the area, which will attract more tourists and generate more income for the state. “I hope that the preparations for this type of tourism in the city of Sharm el-Sheikh take place after the end of the coronavirus crisis,” Sedqi added. 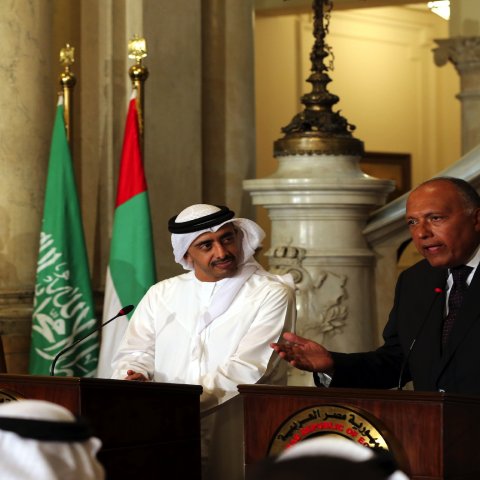 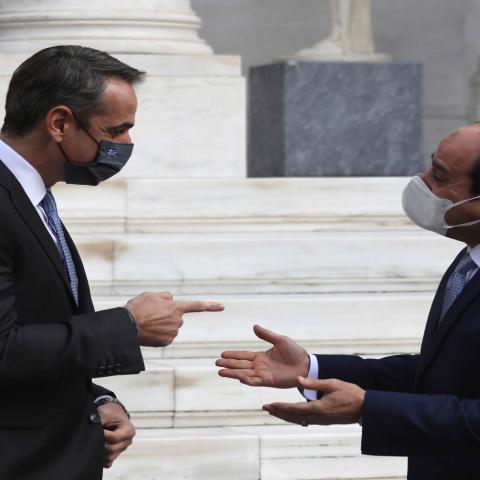