WHO says lack of masks, distancing contributing to virus spread in Middle East

The WHO's regional director for the Eastern Mediterranean also said the number of infections in the area could be higher than reported. 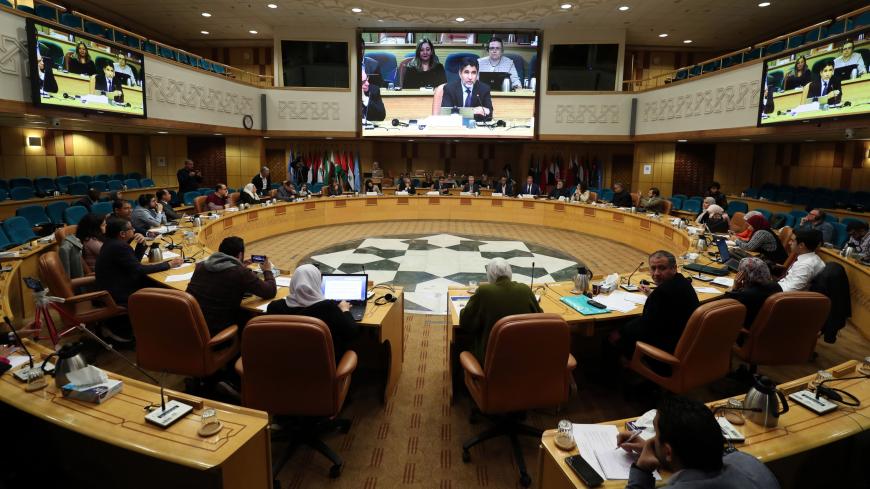 Ahmed al-Mandhari (screen), WHO regional director for the Eastern Mediterranean, speaks during a press briefing at the World Health Organization's regional office in the Egyptian capital, Cairo, on Feb. 19, 2020, following the outbreak of the coronavirus. - MOHAMED EL-SHAHED/AFP via Getty Images

Ahmed al-Mandhari, the WHO's regional director for the Eastern Mediterranean, said people in the region are not adhering to health measures aimed at mitigating the spread of the coronavirus.

“Preventative measures that we know work well and work now, including mask use, are still not being fully practiced in our region,” Mandhari said during a press briefing Thursday. "Physical distancing, which is one of the most effective ways to prevent transmission, is not strictly followed.”

The WHO’s Eastern Mediterranean region includes countries in the Middle East, North Africa and South Asia. Mandhari provided a bleak outlook for the area, blaming an “overreliance” on lockdowns. Countries that removed these total bans on nonessential movement did not institute adequate health measures after opening back up, he said.

“The increases we are seeing now are clearly a result of the easing of lockdown and restrictions,” he said.

“But lockdowns can only limit transmission to a certain extent,” added Mandhari, who called for the governments and civilians to wear masks and to practice social distancing in the absence of lockdowns.

Three countries with particularly bad COVID-19 outbreaks are Iran, Jordan and Morocco, which are collectively responsible for 60% of the region’s infections over the past week, he said.

Iran has been perhaps the hardest-hit country in the Middle East by the pandemic. The government announced the development of a rapid test this week as the number daily cases continue to break records. Jordan had early success in containing the virus, but is now experiencing a major outbreak. Morocco is pushing a nationwide vaccination campaign to contain the spread. Lebanon also recently returned to lockdown after cases continued to rise rapidly.

The number of COVID-19 cases in the region could also be much higher than is reported by countries' health ministries, Mandhari has said. "Health partners remain concerned about the persistent underreporting of COVID-19 cases in countries experiencing conflict and war,” he told Al-Monitor in an interview earlier this month.