News of the proposal comes a week after the administration informally notified Congress of its intent to sell F-35 fighter jets to Abu Dhabi. 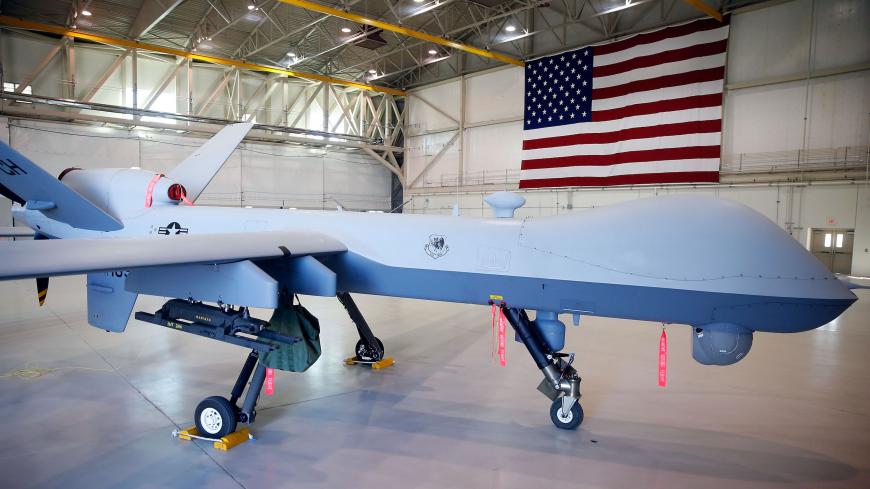 An MQ-9 Reaper remotely piloted aircraft is parked in a hanger at Creech Air Force Base on Nov. 17, 2015, in Indian Springs, Nevada. - Isaac Brekken/Getty Images

The Trump administration has informally notified Congress of its intent to sell some $2.9 worth of potentially armed MQ-9B Reaper drones to the United Arab Emirates. The proposed sale, reported by Reuters, would include maritime radar.

Why it matters:  The notification comes a week after the State Department informally notified Congress of a plan to sell dozens of advanced F-35 fighter aircraft to the UAE, a move administration officials have said was enabled by the Emirates’ normalization of ties with Israel.

The United States has been barred for years from selling certain types of armed projectiles abroad under the international Missile Technology Control Regime (MTCR). President Donald Trump altered the US government’s interpretation of the 34-nation agreement in July to allow US armed drones to be transferred abroad.

The United States is seeking to fill Gulf states’ demand for armed unmanned UAVs, and Abu Dhabi is a top prospective buyer. The UAE and Saudi Arabia’s drones have been largely supplied by Beijing, which is not a party to the MTCR.

On Tuesday, Congress was formally notified of a plan to sell four MQ-9B SeaGuardian drones to Taiwan.

What’s next:  Congress will have 30 days to block the proposed sale once formally notified by the State Department.

When the State Department intends to formally notify Congress is not clear. Last year, Secretary of State Mike Pompeo activated an emergency bypass of a congressionally ordered freeze on major arms sales to Saudi Arabia and the UAE over those countries’ conduct in the Yemeni civil war.

But the State Department's Assistant Secretary for Political-Military Affairs R. Clarke Cooper recently signaled that the administration intends to work with Congress on future proposed sales to the region, rather than utilizing the bypass.

House Foreign Affairs Committee chair Rep. Eliot Engel (D-NJ) said last week that Congress’ potential approval of the proposed F-35 sale to the UAE would require “careful consideration” and “unimpeachable assurances” that the technology would neither fall into the wrong hands nor erode Israel’s military advantage in the region.

Know more:  Lawmakers have proposed new bills aimed at shoring up Israel’s qualitative military edge, including one that would mandate an examination of whether transferring bunker-busting bombs to Israel would be within US interests regarding Iran.