Israel's settlements minister is one of the many officials who want Donald Trump to retain the US presidency, in large part because of his Iran policies. 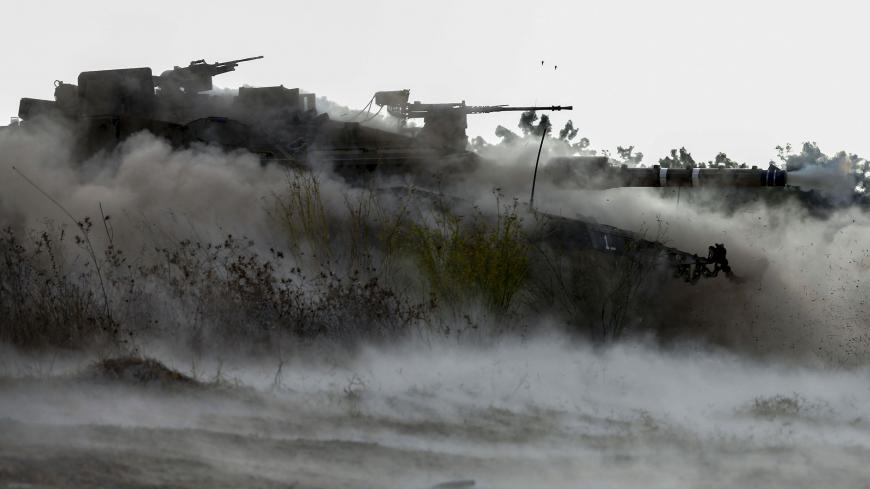 Israeli soldiers take part in military exercises near the northern Elyakim area on Oct. 14, 2020, during a simulation to protect the country's northern border. - EMMANUEL DUNAND/AFP via Getty Images

An Israeli minister said there could be an Israel-Iran war if Joe Biden wins the US presidency. Settlements Minister Tzachi Hanegbi said on Wednesday that if Biden returns to the Iran deal, Israel and Iran will go to war.

“Biden has said openly for a long time that he will go back to the nuclear agreement,” Hanegbi said, reported The Jerusalem Post. “I see that as something that will lead to a confrontation between Israel and Iran.”

The United States entered into the Iran deal in 2015 under former President Barack Obama, under whom Biden served as vice president. The agreement removed sanctions on Iran in exchange for compliance with restrictions on its nuclear program. In 2018, President Donald Trump withdrew from the deal and reimposed harsh sanctions. His administration asserts that Iran is trying to build a nuclear weapon, a charge Iran denies.

Many Israel supporters felt the deal was too soft on Iran and did not guarantee its compliance. Biden and other Democrats support reentering the agreement under certain conditions.

It is no secret that many Israelis, particularly those on the right, strongly want Trump to win reelection over his Democratic rival. Days before the election, a group of leading Zionist rabbis urged Americans to vote for Trump, citing his tough stance on Iran.

The comments make sense within the context of recent US-Israel relations. Israel has traditionally enjoyed bipartisan support in both the White House and Congress. Netanyahu and Obama had a difficult relationship, however.

In December 2016, after Trump had already won the presidency and Obama was in the final days of his term, the United States abstained from a UN vote condemning Israeli settlements in the West Bank. The United States usually vetoes such measures, but the abstention allowed the resolution to pass. The liberal media outlet Vox described it as a “parting shot” at Netanyahu.

A year earlier, Netanyahu addressed Congress and slammed the Iran deal the Obama administration had just entered into, angering many Democrats.

Netanyahu has praised and worked closely with Trump, and some say a Biden win may jeopardize strong bipartisan support for Israel in the future.

Biden is currently leading, though the winner is still undetermined.

Netanyahu hedged his bets in the days leading up the Nov. 3 vote. When asked by Trump if Biden would have been able to get Sudan to recognize Israel, as Trump did, Netanyahu refused to criticize the candidate.

"Mr. President, one thing I can tell you is we appreciate the help for peace from anyone in America. And we appreciate what you’ve done enormously,” Netanyahu replied.

Biden’s foreign policy would likely be supportive of Israel but not as friendly as Trump’s. Biden is generally pro-Israel, but has criticized Netanyahu on some issues.