The Turkish Netflix series Ethos has been both praised for bridging the divide between Turkey’s feuding segments and disparaged for enforcing them with cliches. 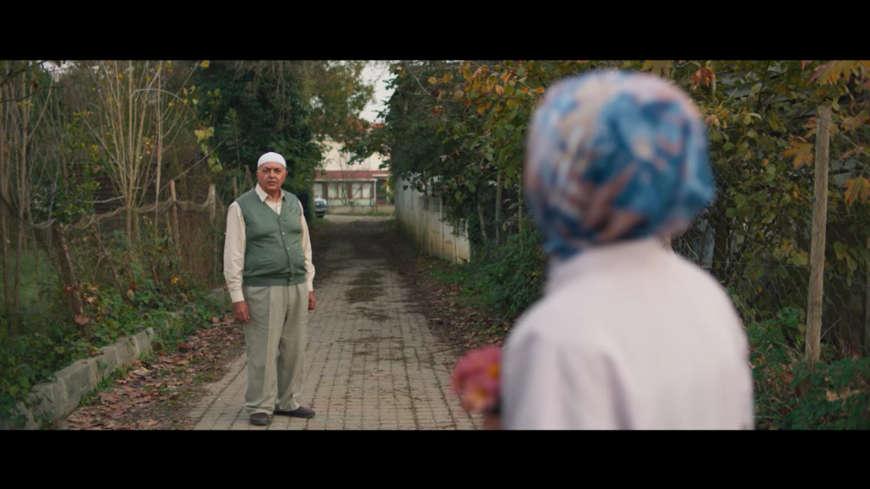 A still from the Netflix series "Ethos" shows actors Oyku Karayel and Settar Tanriogen in this screenshot taken Nov. 23, 2020. - Netflix

A tomography of New Turkey under Recep Tayyip Erdogan’s 18-year-old reign or a populist drama of one cliche after the other? A Turkish series on Netflix with the self-declared aim of healing the fault lines of Turkey has created still another division, this time between those who herald it as a masterpiece of hope and those who trash it as liberal intelligentsia’s self-flagellation.

Ever since its release in mid-November, “Ethos,” a drama written and directed by Berkun Oya, has caused heated debate in the Turkish media, in the columns of popular culture writers and the Twittersphere. There are not yet quizzes on “Which Ethos Character Are You — Islamophobic Peri, Seductive Sinan or Lesbian Hayrunnisa?” but they may well be on their way, judging from widely used memes of the main characters. Even Netflix circles indicate that they are surprised by the never-ending debate on the series that has been a hit in 18 countries, including Turkey.

The eight-episode drama tells the interwoven stories of half a dozen characters, each reflecting an all-too-familiar stereotype in Turkey.

An uptight therapist who feels more at home with Peruvian shamanist rituals than with Islamic rites becomes agitated over her hijabi patient, exposing her dismay that “those conservatives now everywhere, including in power.” The lesbian daughter of an imam wonders how to tell her soft-spoken father that she no longer wants to wear a headscarf. A soldier-turned-bouncer alternates between consoling and inflicting psychological violence on his rape-victim wife. A clueless philanderer who thinks his cheesy lines are the ultimate tool of seduction overhers himself mocked by one of his conquests. Another therapist exposes her turbulent childhood in the Kurdish southeast when she attacks her now-headscarved sister for “kissing the very feet that kicked our mother’s belly while she was pregnant.”

Amid this web of domestic and national tragedies, unadmitted yearnings and mutual mistrust, the main character Meryem — played masterfully by Oyku Karayel — goes back and forth between her conservative home in the outskirts of the city and her ultramodern workspace in a skyscraper, between her admiration for her leering boss and her pleasure over having a Jung-loving local imam yearn for her and even between modesty and her sardonic wit.

The first reaction to the series when it came out on Nov. 12 — at least among Turks and Turkey-watchers abroad — was praise. “The series lets you see how everyone in Turkey is othering everyone else … and this [creates] anger in everyone,” tweeted Soner Cagaptay, historian, author and senior fellow in Washington Institute. Sina Kologlu, film critic for daily Milliyet, said that people have long been waiting for such a series. “The whole family watched it together,” he wrote on Nov. 16. “Ethnic identities, the headscarf, secular vs conservatives, gays and transsexuals — it is all there.”

To the series' critics, its catchall tendencies and archetypal characters fell flat. Award-winning Oya, they said, came up with a checklist of Turkey’s top ills — from the secular-conservative divide to the Kurdish issue — than an insightful panorama of the country.

Oray Egin, the US-based columnist for daily Haberturk, disparages the series for its romanticization and “Orientalist outlook” at conservatives and caricatures of secular elites.

“The characterization of the secular elite — as people who live in a villa, watch HalkTV and read Yilmaz Ozdil [staunch anti-Erdogan TV channel and columnist] on iPad — is the typical self-loathing of Turkey’s intelligentsia,” he wrote in his column. “There is a huge gray area between [ultrasecularist] Halk TV and [ultraconservative] Yeni Akit, but ‘Ethos’ is hardly aware of that because it is stuck in its circle.”

Unsurprisingly, the two media organs Egin named attacked the series. Halk TV anchor Gurkan Hacir said that it was a cheap shot to use his name and that of Yilmaz Ozdil to create a portrayal of those who see headscarved Turks as aliens. (Said scene refers to a couple who express unease that there are “headscarved women in every series” and turn on HalkTV.)

Conservative Akit, which is in a long feud with Netflix, also rapped the series for its scene where pathetic philanderer Sinan masturbated while sniffing Meryem’s headscarf. “This drama, filled with immorality, attacks sacred values,” read the article published on Nov. 16.

The emotionally charged headgear is at the heart of the debate over the series. Many critics, some of whom would normally not agree on the time of day, agree that the “victimization of headscarved women” no longer exists after 18 years under the conservative Justice and Development Party.

Nihat Genc, a nationalist writer and liberal Egin’s philosophical antithesis, argues that it is only the Islamic politicians and bleeding-heart liberals who believed that the “victimization of headscarved women” ever existed. Genc, who trashed the series from his website Veryansin TV, said that those who lived in the periphery of big cities, including the headscarved girls, had long metamorphosed into the nouveau riche — some of whom live in virtual palaces. "These cliches no longer exist. Even the Islamists no longer believe in this cliche of conservative poor versus secular rich. Islamist writers have penned thousands of articles against the new hedonist groups and on their hijabi daughters, whom they have named Susluman [a pejorative play of words meaning a Muslim fashionista],” he wrote, accusing Oya of “sucking up to the government.”

“The series has some parts that reflect the current panorama of Turkey and some that don’t,” Sevilay Celenk, a professor of communication, media and gender studies, told Al-Monitor.

“The unease of a psychiatrist at a state hospital with a headscarved patient is simply not very realistic, given that 58% of women in Turkey wear headscarves. Nevertheless, the polarization around the headscarf, the symbol of the divide between secularists and conservatives, is still valid and real,” said Celenk, who described the series as “a social mosaic” whose pieces lay scattered on the ground rather than“carefully pieced together” in her column in Duvar.

For Ayse Cavdar, journalist and cultural anthropologist, the series is dead on in its description of the polarization's origins. “Oya, an intelligent scenarist and director, uses nostalgic images and music of the past to weave a narrative on how the divide between the secularists and the conservatives began,” she told Al-Monitor. The physical distance between the two groups narrowed as the conservative middle class grew, but the emotional and the political distance continued to widen, she added.

“Given that the plot professes to touch upon many issues that create divides in society, it is inevitable that the audience, particularly those who are members of the same society, would examine their own values, compare them with what they have seen and if necessary, modify their stance. This is why we are discussing the series — and this is not a bad thing,” Celenk said.