Kylie Moore-Gilbert was arrested in 2018 and charged with espionage, which she denied throughout her harsh confinement in Iran's notorious Evin and Qarchak prisons. 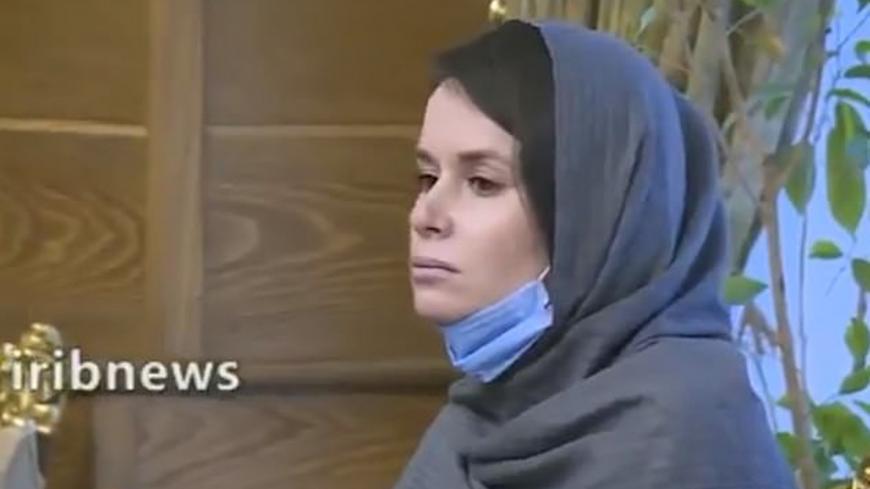 Australian-British academic Kylie Moore-Gilbert is seen at a press event as she was reportedly freed in exchange for three Iranian prisoners. - IRIB

An Australian-British academic imprisoned in Iran has reportedly been released.

Moore-Gilbert, a professor of Middle East politics at Melbourne University, was arrested in 2018 when leaving Iran following a conference. She was accused of being a spy, which she denied.

Moore-Gilbert was held in Iran’s notorious Evin and Qarchak prisons, where she was subject to solitary confinement and went on several hunger strikes. The US State Department described Evin as “an institution synonymous with torture and other cruel, inhuman, or degrading treatment or punishment” in August. Iranian activists have described Qarchak as full of disease and violence.

The exact details of the exchange are not yet clear. Numerous British and Australian outlets picked up the story of her release, citing the Iranian media reports.

There are several high-profile cases of other foreigners detained in Iran on dubious charges, including British-Iranian charity worker Nazanin-Zaghari-Ratcliffe and French-Iranian anthropologist Fariba Adelkhah. In September, the United Kingdom, France and Germany summoned the Iranian ambassadors to their countries over the treatment of Moore-Gilbert and other prisoners.

Iran’s judicial system is widely criticized both within Iran and abroad and Iran has one of the highest execution rates in the world.