Kylie Moore-Gilbert has been moved to the Qarchak prison after spending nearly two years in Tehran's notorious Evin detention center. 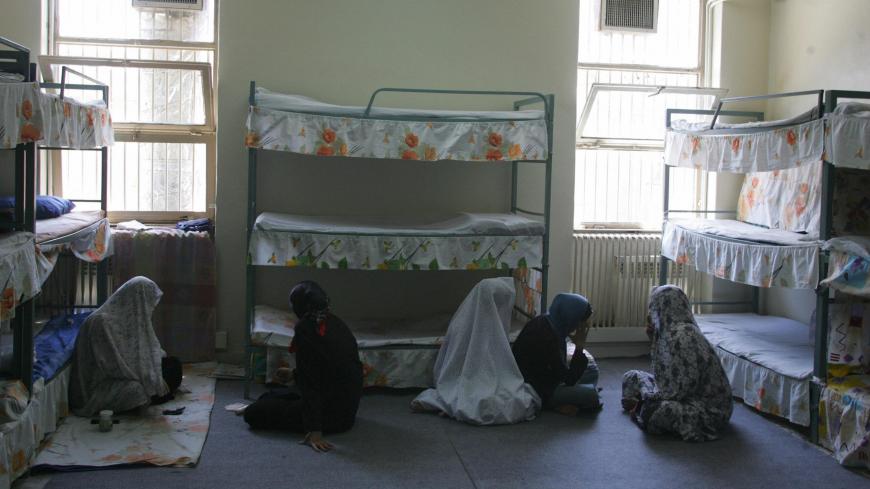 Iran has transferred an Australian-British academic serving a 10-year-sentence for espionage to one of its most notorious prisons, which activists describe as rife with disease and violence.

Kylie Moore-Gilbert, a lecturer on Middle East politics at the University of Melbourne, had been held in northern Tehran’s Evin prison for nearly two years. In what appears to be a form of punishment, she’s been moved to Iran’s notorious Qarchak women’s prison, located east of the capital.

The Australian government, which maintains an embassy in Iran, confirmed the transfer in a statement Tuesday and described Moore-Gilbert’s case as one its “highest priorities.”

"Our Ambassador to Iran recently visited Dr. Moore-Gilbert in Evin Prison, and she has had telephone contact with her family and the Ambassador over the last several months,” the Department of Foreign Affairs and Trade said. “We hold Iran responsible for Dr. Moore-Gilbert's safety and well-being."

In September 2018, Moore-Gilbert traveled to Iran to conduct research interviews and attend a conference on Islam for foreign academics in the city of Qom. Three weeks later, while at the airport in Tehran, she was arrested by agents of Islamic Revolutionary Guard Corps’ intelligence wing.

She denies all charges of espionage, and in December, lost an appeal against her 10-year-sentence.

Iranian activist Reza Khandan, the husband of jailed human rights lawyer Nasrin Sotoudeh, wrote in a Facebook post that he and Moore-Gilbert spoke in a recent phone call. She reportedly told him she “can't eat anything,” is "very depressed” and last spoke with her parents a month ago.

It’s unclear why Moore-Gilbert would have been transferred to Qarchak, a facility for violent criminals that is described by the State Department as responsible for “extrajudicial killings, torture or other gross violations of internationally recognized human rights.” It is “known for unbearable conditions, including regular assaults and inappropriate behavior of prison guards toward women, chronic lack of water, unsanitary living spaces and an environment that enables rape and murder,” the department said.

A March report from the Human Rights Activists News Agency (HRANA), an Iranian activist group, said HIV, hepatitis and other infectious diseases run rampant in the prison, and detainees are fed an extremely low quality diet enriched with a protein used in animal feed.

“Political prisoners are transferred to this prison to put them under more pressure,” the report said.

While imprisoned at Evin’s Ward 2A, Moore-Gilbert staged several hunger strikes. She also reportedly spent time in solitary confinement, where she was made to sleep on the floor next to a toilet.

In a letter she wrote to Australian Prime Minister Scott Morrison that was smuggled out last year and published by the Center for Human Rights in Iran, she called on the government to “do whatever it takes” for her release as there is “no hope” of a fair trial.

Moore-Gilbert is one of a number of high-profile foreign prisoners Iran has detained on trumped-up charges, including Iranian-Americans Siamak Namazi and Morad Tahbaz. Held for flying a drone without a permit, Australian bloggers Jolie King and Mark Firkin were released in October 2019 after several months in an Iranian prison.