Syrian refugee in Lebanon sets himself on fire

The UN refugee agency said the 58-year-old man was hospitalized and is receiving the necessary care. 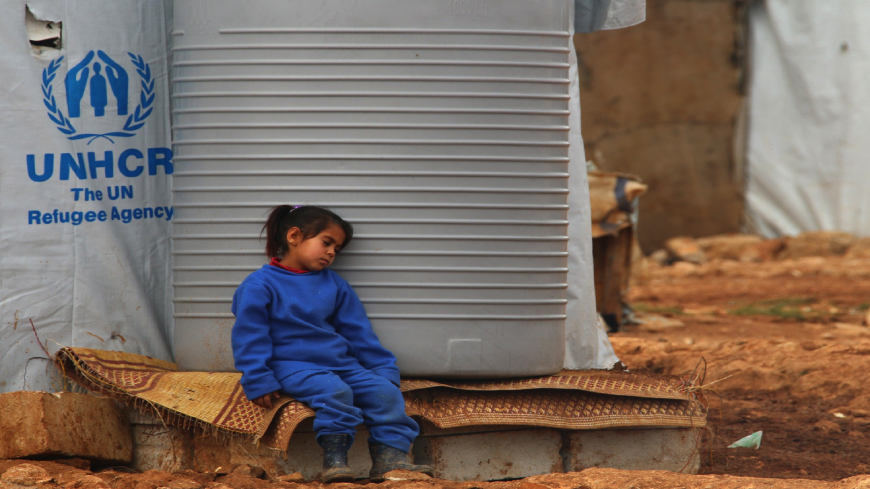 A Syrian girl sits next to a water tank at a refugee settlement on the outskirts of the eastern Lebanese city of Baalbek on Feb. 24, 2015. More than 1.1 million Syrians have fled their country's conflict to take refuge in Lebanon. - AFP via Getty Images

A Syrian refugee in Beirut was hospitalized after setting himself on fire outside the United Nations refugee agency’s reception center in the Lebanese capital.

“In a tragic incident today, a Syrian refugee set himself on fire in Beirut. He was rescued and immediately taken to hospital where he is receiving necessary medical care,” the UNHCR’s office in Lebanon tweeted Wednesday. “We are following up closely on his condition and supporting his family in this difficult time.”

According to Agence France-Presse, the 58-year-old man was rescued by UNHCR security personnel and then transferred to a hospital by the Lebanese civil defense. A spokesperson for Lebanon's Internal Security Forces told the news agency the man set himself on fire because he couldn’t afford to pay for his sick daughter’s medical treatment.

The small Mediterranean country hosts the world’s largest per capita population of Syrian refugees at 1.5 million. Because the Lebanese government does not provide formal camps for the refugees, most have ended up in poorly constructed residential buildings, rural settlements or improvised tents.

The country’s residency rules make it difficult for Syrian refugees to legally find work. Those who do tend to find jobs in low-skilled sectors where they are at risk of abuse and exploitation.

Their already poor conditions have been compounded by Lebanon’s ongoing financial crisis and the massive explosion that tore through Beirut in August. The coming winter weather has aid agencies warning the coronavirus could quickly spread among refugee populations where access to sanitation and health care is limited.

But for many refugees, the bigger threat is deportation. According to Human Rights Watch, the Lebanese government deported over 2,500 refugees to Syria in 2019 despite the continued conflict in their home country.