Hearts in throats across Israel as US votes tallied

Many Israelis are as emotionally invested in the US elections as though the domestic political contest were their own. 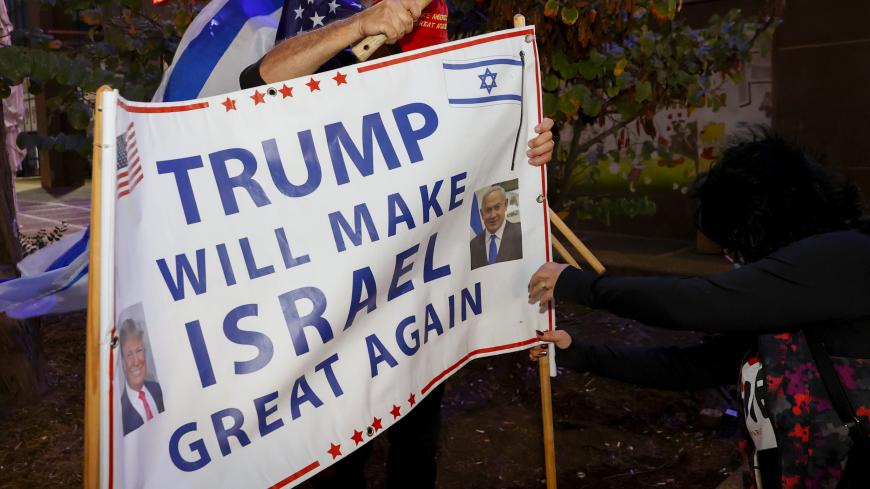 Israeli supporters of US President Donald Trump hammer a sign into the ground during a rally in the northern Israeli city of Karmiel near Haifa on Nov. 3, 2020, to express their support for him during the US presidential election. - JACK GUEZ/AFP via Getty Images

“I can’t remember another US election where Israelis were this interested, and I don’t just mean journalists," Israel Hayom political reporter Ariel Kahana told Al-Monitor today. "Family and friends called me late at night to ask: ‘So, how will it turn out?’” Kahana has covered many US elections from Israel. He said Israelis' intense emotional involvement in the election is unlike anything he had seen before.

The last presidential election in 2016 saw Hillary Clinton run against Donald Trump. While the contest received extensive coverage, Israelis were uninvested. This time was different. Many Israelis stayed up all night to follow the latest developments overseas, even with no decisive outcome in sight. They became experts on American politics, counting votes in the Electoral College and discussing the outcomes in Michigan and Pennsylvania. The bitter race found Israelis as divided as Americans. Leading figures on the left supported Joe Biden, while the right backed Donald Trump. Most Israelis identify with the right, and even many centrists and members of the moderate left hoped against hope for a Trump victory. If Trump had run for election here, he would have won by a huge margin.

Channel 20 began its evening broadcast on Tuesday with leading right-wing media personalities as guest anchors: Yinon Magal, Erel Segal and Shimon Raklin, all of them powerful presences on Twitter. They composed and performed a song praising Trump based on Bob Dylan's iconic “Knocking on Heaven’s Door.” “People,” they asked, “is America standing up to save the nation, to save Israel?” and concluded, “Make peace, our dear Donald. We’re with you until midnight.”

But despite Trump’s impressive history, the electoral pendulum seemed to be swinging against him. In response, Israeli right-wing media outlets and social media users began claiming that the election was stolen from him.

Meanwhile, newsrooms in the mainstream media offered a steady stream of assessments and analyses. Former Israelis who voted for Trump were contrasted with American Jews who voted for Joe Biden. Actress and producer Noa Tishby, who now lives in Los Angeles and voted for Biden, appeared as a commentator on Channel 12. She used the platform to explain why she thinks Trump is dangerous. Later, she posted on Instagram: “Vote your values and not your fears. … This is the most important election in the history of the United States, and also the most nerve-wracking. May God help all of us.”

Several of her Israeli followers were furious to hear how the Israeli actress voted, reacting in comments like “It hurts to see that Israelis living in the United States, and who are aware of how important Trump is to Israel, are still voting for Biden, especially when it the person voting is a celebrity.” There was a flood of expletives and personal attacks. She was called an “enemy of Israel.” Reactions included such gems as, “It’s unbelievable that Israelis living in the United States voted for the most anti-Semitic person in politics,” or “It looks like her desire to fit in with the Hollywood crowd is stronger than her desire for us to have a president who is a true friend of Israel. Let me remind you that you come from Israel!”

The online fighting was as intense as though the election were for an Israeli prime minister. Former Labor Party chair Shelly Yechimovich tweeted, “My relationship with God is one-sided. I don’t believe in him. Still, in times of serious trouble, I ask him for things, in case he really does exist. He was never petty about it either. He usually answered me. So, God, I’m asking you once again: Help us get rid of Trump. This time, if it happens, I promise that this week I will light Sabbath candles for the first time in my life.”

In addition to hundreds of likes and retweets, she also came under attack. Many people railed over her lack of gratitude to Israel’s closest friend.

Israel’s own political crisis ensured that the election would become a major issue in local politics. Conventional wisdom holds that a Trump victory would be a victory for Prime Minister Benjamin Netanyahu, and his US ally's defeat would be harmful to him.

Netanyahu has maintained radio silence over the last few days and instructed senior Likud officials to follow his lead. They were not to give interviews or even to comment on the election. In the last few days, he has steered clear of press conferences and any other interactions with the press to avoid being asked about the US election before they are announced.

While those who ignored Netanyahu’s request and spoke up expressed their love and appreciation for Trump, they started speaking about him in the past tense.

Housing Minister Yitzhak Cohen of Shas said in an interview on Knesset TV, “It really is a pity that President Trump will not be serving a second term. He was wonderful about everything to do with the State of Israel. On issues concerning the Jewish people, he was absolutely fantastic.” Chairman of Yisrael Beitenu Avigdor Liberman said, “There can be no doubt that President Trump did a few things that no one before him dared to do despite all their promises, like moving the American embassy to Jerusalem. And there was his effort to advance formal relations between Israel and the Gulf States.’’

Still, both men went on to emphasize that the alliance of interests between Israel and the United States will not suffer if Joe Biden occupies the White House.

The Likud’s Minister for Settlement Tzachi Hanegbi showed a little more temerity. He expressed concern about how the election will impact the Iranian problem, saying to Channel 20, “Trump’s policy of applying maximum pressure actually works. We can see the results. The Iranian economy is collapsing. If the current policy changes and we return to the old nuclear agreement, there will be conflict between Israel and Iran. We can’t just sit and watch it happen.”

Israeli polls show Trump is one of the most popular US presidents ever. When he was first elected in 2016, people knew him mainly as a billionaire playboy. But his warm and intimate relationship with Netanyahu and the gifts he nonchalantly showered on Israel made him the subject of intense veneration among the ideological right and Israelis in general. Israelis fell in love with him. He was considered a true friend, making the US election perhaps as dramatic for them as for Americans. 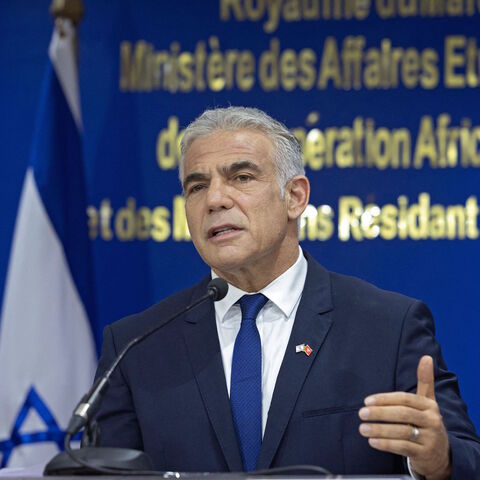