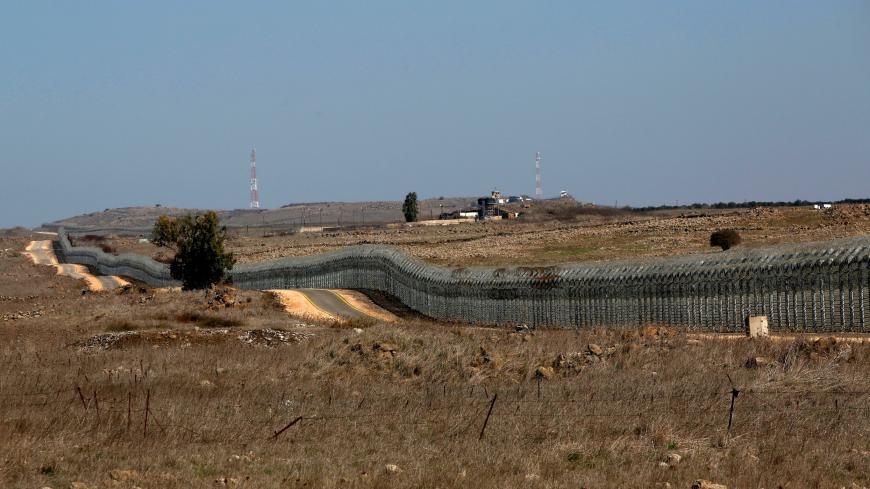 Syria's state-run news agency SANA reported that Syrian air defenses “confronted an Israeli aerial aggression in the southern region and downed a number of missiles.” The missiles came from the Israeli-controlled Golan Heights and targeted southern Syria, causing damage and leading to three soldiers’ deaths and the injury of another soldier, according to SANA.

The pro-opposition Syrian Observatory for Human Rights reported that Israeli jets hit targets throughout southern Syria, including at the capital Damascus’ airport. The strikes hit a Syrian air defense center, weapon depots of Iran-backed militias and a Hezbollah position at the airport, according to the observatory.

The London-based organization, which relies on activists from within Syria for information, reported 10 casualties on Wednesday. They consisted of three Syrian soldiers, five members of the Al-Quds Corp militia and two other militia members. The observatory said the Al-Quds Corps members were likely Iranian and the other two were likely Lebanese or Iraqi.

At a UN Security Council meeting on Wednesday, the UN’s envoy for peace between Israel and the Palestinians, Nickolay Mladenov, mentioned the Israeli airstrikes. He said the targets were “used by Iran and its proxies” at the meeting.

Israel does not comment on its military actions abroad, but it is suspected of carrying out regular airstrikes against Iranian and allied forces in Syria.

Iran is a staunch ally of the Syrian government in the civil war, and Syria provides Iran access to the Mediterranean Sea. Iran also backs the Lebanese political and military organization Hezbollah. Both Iranian and Hezbollah fighters are in Syria to help the Syrian government against rebel groups. Iran vocally opposes Israel’s right to exist and Hezbollah and Israel frequently clash. Israel therefore views Iran’s presence in neighboring Syria as a threat.

Israel and Syria have no formal relations. Israel captured the Golan Heights from Syria during the 1967 war, and Syria and most of the international community considers the territory occupied by Israel. The United States recognized Israeli sovereignty over the area in 2019, however.