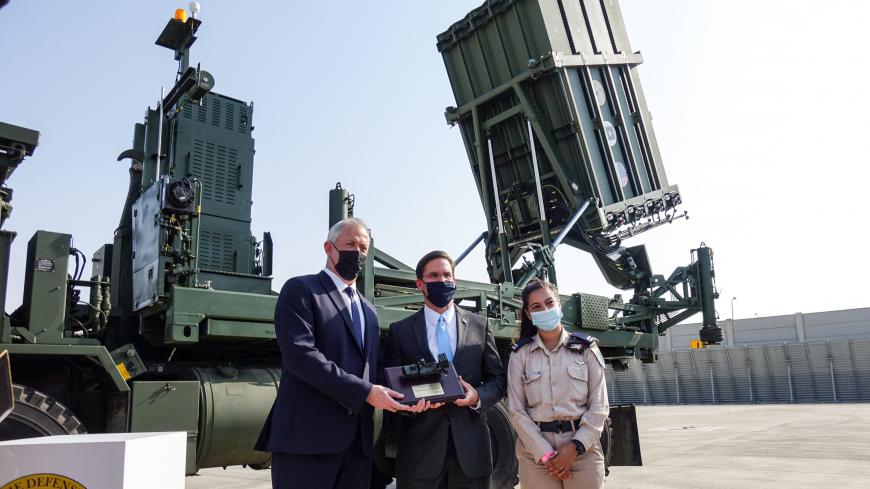 The US Army has announced it is activating two air defense batteries at Fort Bliss, Texas, in preparations to test the Israeli Iron Dome system.

The preparations to test the Iron Dome include converting an existing Terminal High Altitude Area Defense battery. “These actions are part of the Army’s force realignment initiative,” the Army said in the statement.

“Upon receipt of the first battery, the Army will begin training and integration of Iron Dome into the Army’s Integrated Battle Command System,” a missile defense command-and-control system set to undergo testing through next year.

The supplementary hardware is scheduled to be stationed by Monday, according to the statement.

The United States retrieved the first Iron Dome battery from Israel in October, and the pair of batteries are set to arrive at Fort Bliss by January. The Army said in May it plans to test the Iron Dome at White Sands Missile Range in New Mexico next year.

“These Iron Dome batteries will provide the Army with an interim cruise missile defense capability,” the statement read.

Why it matters: Congress mandated that the Iron Dome batteries be purchased to fill a gap in the US military’s air defense capabilities, despite public expressions of doubt from senior military officials over whether the system could reliably shoot down cruise missiles and be integrated into US electronic command-and-control systems.

What’s next: In the spring, the Army intends to fire the Iron Dome during a testing of various systems against rockets, artillery, mortar shells, unmanned drones and cruise missiles.

The Army aims to have the Iron Dome systems operational and ready for deployment by the end of September 2021, though questions remain about the system’s reliability for defense against cruise missiles and other projectiles with relatively flat trajectories.

Raytheon and Israel’s Rafael Systems announced a joint venture in August that would manufacture complete Iron Dome interceptor missiles and launcher units in the United States.