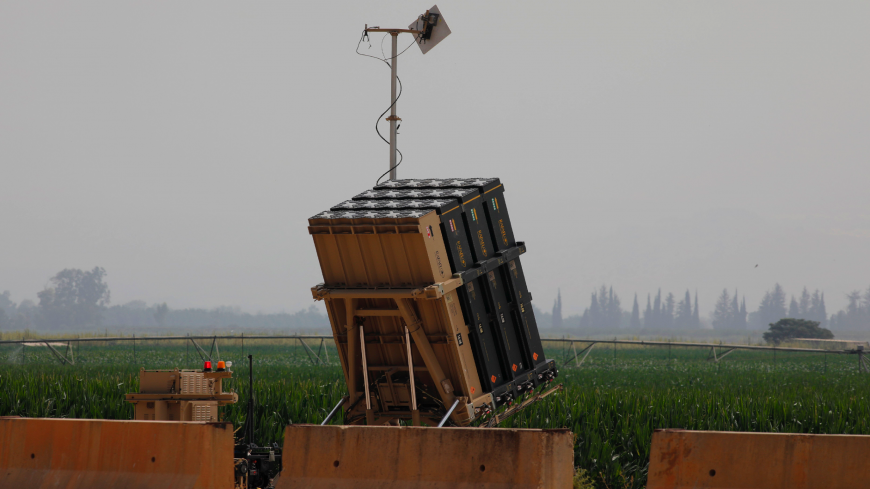 An Israeli Iron Dome defense system battery, designed to intercept and destroy incoming short-range rockets and artillery shells, is pictured in the Hula Valley in northern Israel near the border with Lebanon, on July 27, 2020. - JALAA MAREY/AFP via Getty Images

Raytheon has announced a deal with Israel’s Rafael systems to manufacture the Iron Dome missile defense system in the United States.

The joint venture will establish the first facility outside Israel to manufacture full Iron Dome interceptor and launcher units, and a location is expected to be determined by the end of the year, the two companies announced in a joint press release on Monday.

The facility will also produce the SkyHunter missiles, a US version of the Tamir missile utilized by the Iron Dome.

Some components of the Iron Dome — an Israeli mobile defense system designed to counter high-arc projectiles like rockets, mortars and artillery — are already manufactured in the United States.

"The US facility will have the capability to produce Iron Dome interceptors and launchers as complete functional systems," a source with the joint venture told Al-Monitor.

Congress initially called for joint US-Israeli production of the Iron Dome in 2012 due to Washington’s financial support for the system.

The new joint venture is the latest in Raytheon’s cooperation with Rafael. The two companies already jointly produce the Tamir and the David’s Sling defense missiles, while Boeing and Israel Aerospace Industries are teamed up for the Arrow III anti-ballistic missile.

Last year, the US Army ordered two Iron Dome systems under a mandate from Congress as a way to fill a capability gap in US anti-cruise missile defenses, despite skepticism among some in the Pentagon about the system’s applicability.

Rafael claimed the Iron Dome could shoot down cruise missiles, but the US military said data provided by the Israeli company did not fully support that. The United States has not yet said how it will deploy its Iron Dome units.

The Iron Dome is the world’s most widely used short-range missile defense system, according to Raytheon. It is considered highly effective against rockets, artillery and mortar rounds.