A second Iron Dome battery is expected to arrive by the end of the year. 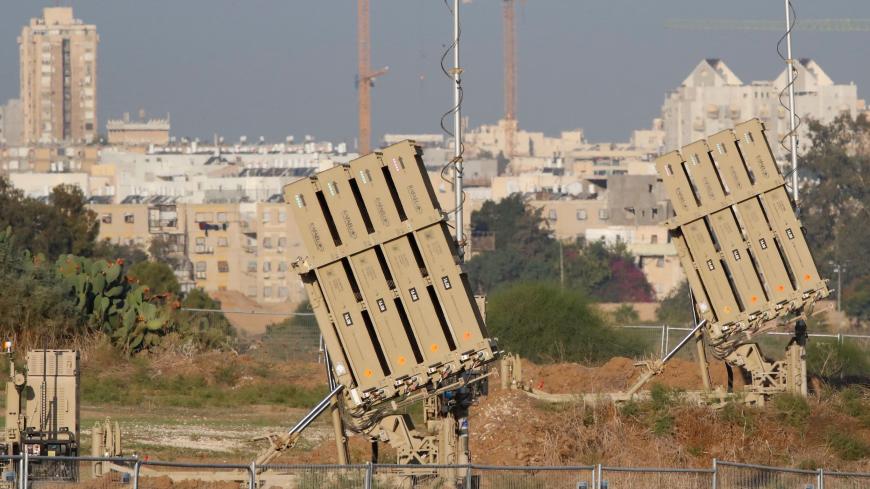 The Iron Dome missile defense system, designed to intercept and destroy incoming short-range rockets and artillery shells, is pictured in the southern Israeli city of Ashdod on Nov. 12, 2019. - JACK GUEZ/AFP via Getty Images

The first of two Israeli Iron Dome missile defense batteries arrived in the United States on Wednesday as part of a congressionally mandated purchase to fill a gap in the US military’s missile defense capabilities.

Israel’s Defense Ministry announced the delivery on Monday. A spokesperson for the US Army Futures Command did not immediately return a request for comment.

Why it matters:  The US Congress mandated in its 2019 defense budget that the military obtain and field four mid-range air defense units to counter cruise missiles by the end of fiscal year 2023.

The United States has a wide array of missile defenses as well as counter-rocket, artillery and mortar units, but lacks systems that can also shoot down cruise missiles.

The legislative mandate came as efforts to revamp the US Army’s missile defense program to focus on shooting down weapons such as those that could be fired on future battlefields by adversaries like Russia and China were bogged down with delays.

The transfer of the first two arrays has moved ahead regardless, though senior US Army officials have also publicly questioned whether the Israeli system can pair with American electronic communications systems and sensors. The US Army purchased the batteries last August.

What’s next:  Under Congress’ mandate, the US Army must develop an entirely new system to fill its indirect fire protection capability gap before fiscal year 2023 or it must purchase additional units.

Gen. Mike Murray, who heads the Army Futures Command, suggested before Congress in March that the United States not purchase additional Iron Dome units, citing delays in obtaining the system and continued questions about its compatibility with American equipment.

In August, US-based Raytheon Missiles and Defense announced a partnership with Rafael to manufacture Iron Dome units in the United States. The US facility will also produce SkyHunter missiles, a US version of the Iron Dome’s Tamir missile.

The second Iron Dome battery is scheduled to be delivered by the end of the year, Moshe Patel, chief of the Missile Defense Organization under the Israeli Defense Ministry, said in the statement released Monday.

Know more:  Danny Zaken lays out how a potential Trump administration sale of the F-35 Joint Strike Fighter aircraft to the United Arab Emirates could open the door for greater opportunities between Israeli defense firms and Gulf countries.