Drug smuggling, abuse on the rise in Iraq

Iraq suffers from the flow of drugs from neighboring countries, especially Iran, through the marshes and other border crossings, and the spread among the youth has become a threat to society. 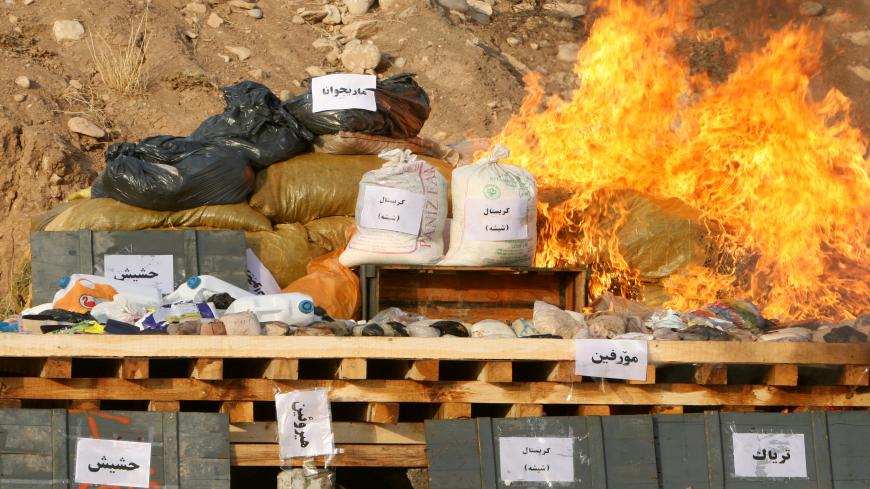 Iraq’s Security Media Cell announced Oct. 30 the discovery of 6 kilograms (13 pounds) of hashish and 50 drug bars in al-Sakhrah area in the southern Maysan governorate, noting the increase in the drug trade and abuse in central and southern Iraq in particular. On Oct. 12, the investigative court for drug cases in Maysan reported, “The southern areas of the governorate are the most active in promoting narcotic drugs, and crystal meth [methamphetamine] makes up 90% of the substances trafficked there.”

On Oct. 29, Zuhair al-Shaalan, governor of the southern city of Diwaniyah, admitted in a televised interview that “the rate of drug abuse has reached 40%.”

The Basra Police Command announced Oct. 14 that it had arrested eight drug dealers in possession of narcotic drugs, pistols, ammunition and rifles. Such situations often turn into armed clashes; for instance, on Oct. 19, an exchange of fire between a drug dealing gang and the police in the southern Basra governorate resulted in the killing of an officer and the wounding of three security personnel. On Oct. 24, the biggest drug dealer in Basra was taken down.

A police officer in Diwaniyah told Al-Monitor on condition of anonymity, “Citizens are well aware of the source of these drugs, which is mainly Iran. [These drugs] get here either through the southern Iraqi borders or through the Kurdistan Regional Government.”

He noted, “The borders are still open to smugglers of crystal meth and Captagon [Fenethylline] amid the lack of modern monitoring techniques and since armed groups control the areas adjacent to the border, which enables= them to safely transport the prohibited substances after they are delivered to the border.”

The officer added, “Smugglers control the situation with weapons and pay bribes and large financial royalties to the influential forces and armed groups, and they have distribution networks in all cities.”

Former Deputy and Judge Wael Abdel Latif, who hails from Basra, told Al-Monitor, “Drugs are flowing into the southern governorates from Afghanistan and Iran. Today, Iraq is no longer a mere transit country as it was in the past. Rather, it has become a major market that consumes these substances. The number of drug abusers has increased so much even in schools in Basra, Amara, Nasiriyah and Samawah. The phenomenon is spreading to the western areas as well.”

He said, “One of the main reasons why this phenomenon has easily spread is the weak government measures on the long borders between Iraq and Iran. There is no control over some crossing points at the borders between [Iraq’s] Basra, Amara or Kut and [Iran’s] Khuzestan. Corrupt officers deal with drug traffickers or turn a blind eye to their activities.”

Falah al-Khafaji, a deputy from the central Babil governorate, told Al-Monitor, “Drugs are making their way from the south to the central Euphrates areas, as well as to Baghdad and the northern areas.” He stressed that his previous security work in the governorate revealed an increase of violence among young people due to drugs, attributing this phenomenon to “the absence of job opportunities for the youth, which leads them to despair.”

Since 2018, Iraq has cooperated with the United Nations Office on Drugs and Crime. In this context, the undersecretary of the Ministry of Interior, Lt. Gen. Imad Mohammed, told Al-Monitor about “new projects to combat the spread of drugs,” stressing that “the ministry is working to raise awareness among young people about the dangers of drug use, and to involve citizens and civil society organizations.”

Mohammed added, “The first practical step in this regard is establishing a narcotics division in Sadr City in Baghdad, and the ministry is in the process of increasing the number of drug control departments at police stations.”

Ahmed Abbas al-Dhahabi, an academic in the psychology department at Baghdad University, told Al-Monitor about “the legal leniency with the drug issue as well as corruption in the security services, which allow many drug traffickers to escape legal penalties.”

He noted, “Iraq suffers from a lack of field research and specialized expertise in drug control,” calling for “training professional cadres to combat drugs in countries with experience, and to benefit from these countries’ advanced programs.”

Dhahabi added, “We need high-level coordination with the Iranian security services to monitor drug traffickers and gangs moving between the two sides of the border.”

The New York Times published a report on Sept. 15, 2019, about the spread of crystal meth among the Iraqi youth, especially in Baghdad and Basra.

Legal expert Tarek Harb told Al-Monitor, “Law No. 50 of 2017 on Narcotic Drugs and Psychotropic Substances punishes with imprisonment between one to three years, with financial fines, for anyone who imports, produces or possesses narcotic drugs. Article 288 of the same law stipulates a life imprisonment sentence for every person who sets up a place for drug abuse.”

Handling the drug issue in Iraq conflicts with tribal pitfalls, because of the tribal nature of the Iraqi society. On Sept. 18, 2019, the family of a security officer in Basra, who had been killed in an armed clash with a gang dealing drugs, complained about receiving death threats from a tribe whose members are affiliated with the gang. Meanwhile, a security officer was forced to pay a tribal fine of 50 million Iraqi dinars ($42,000) for killing a drug dealer during a pursuit in one of the border areas.

The drug phenomenon in Iraq goes beyond being a pure trade for drug dealers, to being about activities linked to armed groups and influential political and tribal forces, from which they make huge sums to perpetuate their influence and power. 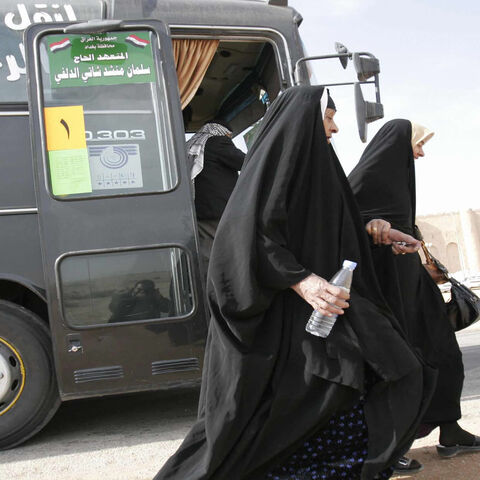