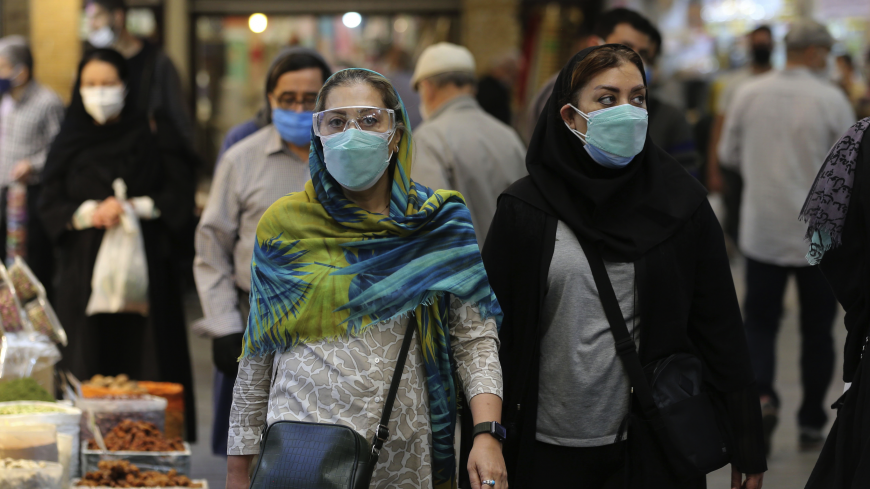 Mask-clad Iranians shop at the Tajrish Bazaar market in the capital, Tehran, on Nov. 1, 2020, amid the coronavirus pandemic crisis. - ATTA KENARE/AFP via Getty Images

With Iran experiencing the third wave of coronavirus cases and deaths, President Hassan Rouhani said that they have no choice but to go back to nationwide shutdowns.

During a meeting of his Cabinet on Nov. 15, Rouhani said that due to the spread of the virus, an increase in the number of cases and deaths, and the pressure on the country’s health care workers, “The administration has no choice but to implement new limitations … and widespread closures.” He added that the closures will be accompanied by aid to vulnerable groups.

The president later issued an eight-point statement about the closures in which he explained that “extreme limitations” would be implemented next week. The plan read more like a wish list, asking other agencies and departments to coordinate with the anti-coronavirus task force. Rouhani held an emergency meeting of the task force this morning, but details of the meeting have not yet emerged.

Iran continues to register a record number of cases and deaths. In the last 24 hours, Iran had 486 deaths and over 13,000 new cases — both figures are daily records. Iran’s total death tally from the virus stands at around 42,000, while total cases amount to nearly 800,000. In the period following Iran's first nationwide shutdowns, daily deaths were below triple digits. However, based on the statements by Rouhani, it appears the nation is not headed in that direction. Still, the shutdown will be less severe although the virus was not as widespread in March and April as it is today.

Many critics of the plan believe that despite the statements by officials, there has been little official follow-through and many Iranians have not taken the precautions seriously. Too often large numbers of Iranians have used the shutdowns to travel to popular vacation spots in other provinces, forcing officials to cut off traffic between provinces and only give exceptions to vehicles deemed essential.