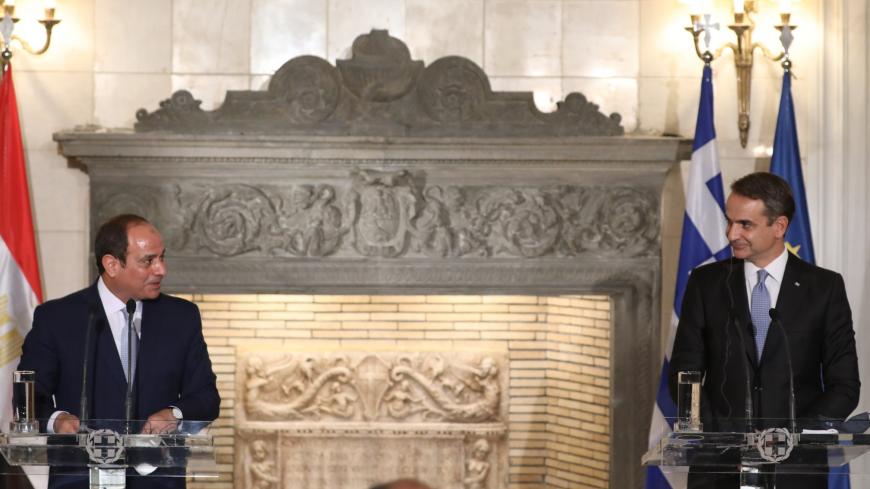 Greece and Egypt expect President-elect Joe Biden to play a more “decisive” role in solving their dispute with Turkey over maritime rights in the eastern Mediterranean, the Greek prime minister said.

“We have every reason to welcome, along with all our partners in the region, the return of the United States to its central role as a leader of NATO,” Prime Minister Kyriakos Mitsotakis said Wednesday following a meeting in Athens with Egyptian President Abdel Fattah al-Sisi.

“Both Greece and Egypt will receive positively a more decisive role of the United States in the Middle East and the Eastern Mediterranean," Mitsotakis said.

Turkey says it has maritime rights to areas in the eastern Mediterranean Sea that are home to potential offshore gas reserves and where Cyprus, Greece and Egypt also claim jurisdiction. The simmering territorial dispute escalated this summer after Turkey deployed its Oruc Reis research vessel to conduct exploratory work near the Greek island of Kastellorizo.

On Wednesday, Ankara announced it would continue seismic research activities in the contested waters through Nov. 23, drawing immediate condemnation from Athens.

"Greece reiterates its condemnation of this provocative conduct, which further undermines any prospect of a constructive dialogue,” the Greek Foreign Ministry said in a statement.

US Secretary of State Mike Pompeo has previously expressed his concern over Turkey’s actions in the Mediterranean, and has called on all parties to reach a diplomatic solution.

Biden, who has described Turkish President Recep Tayyip Erdogan as an autocrat, is expected to take a harsher line on Turkey than his predecessor. On Tuesday, Erdogan issued a belated statement of congratulations to Biden and called for the “strong cooperation and alliance” between the two NATO allies to continue.