Egypt is reportedly seeking an alliance with Sudan and Israel to counter Turkish moves in the Red Sea. 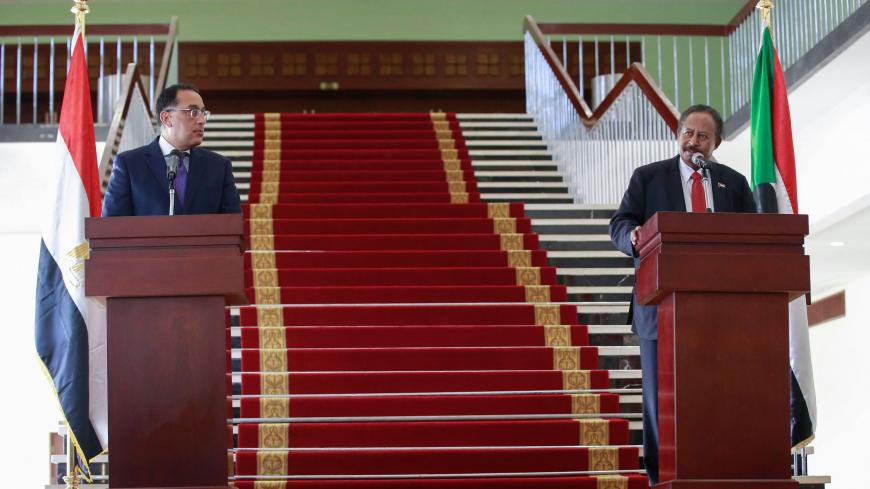 CAIRO — In an attempt to counter the Turkish influence in the Red Sea and Turkish President Recep Tayyip Erdogan's ambitions in the region, there have been reports that Egypt has formed a tripartite front with Israel and Sudan.

Yeni Safak, a Turkish daily that is close to the government in Ankara, reported Nov. 14. that Egyptian, Israeli and Sudanese senior military officials will hold a meeting — the date and place of which was not revealed — to discuss security coordination in the Red Sea region and plans to limit the Turkish influence in the region, upon an Egyptian request, as Egypt “is not at ease” with the Turkish incursion into Somalia. The newspaper indicated that Egyptian General Intelligence Service officials, the Egyptian deputy defense minister and the Egyptian commander of the Southern Region will take part in the meeting.

Commenting on the growing Turkish influence in Somalia and Egypt joining alliances, Maj. Gen. Hatem Bashat, a member of the Egyptian parliamentary Committee for African Affairs, said Nov. 16 that Egypt is well aware of the “malicious” Turkish moves in Somalia to control the Red Sea. Bashat said in a press statement that Egypt will secure the Arab world from these ambitions via alliances and agreements, to form a lobby capable of countering any threats, as it did in the Mediterranean Sea through the Eastern Mediterranean Gas Forum.

Turkish influence in Somalia has been recently increasing. On Nov. 7, Turkey announced paying off nearly $2.4 million of Somalia’s debts owed to the International Monetary Fund.

On the same day, Roble visited the Turkish military training center, Turksom, in Mogadishu, where he praised the Turkish officers for their high-level training. He said that the center “is a model that brings hope for rebuilding the army.”

In this context, Altaqi Mohamed Othman, a Sudanese writer and analyst, told Al-Monitor that Turkey has resorted to Somalia to compensate for the influence it lost in Sudan following the departure of former President Omar al-Bashir, who was a strategic ally of Erdogan and granted him the Red Sea island of Suakin under his rule.

On Nov. 26, 2017, Erdogan had said that Bashir agreed to hand over the administration of Suakin Island in the Red Sea to Turkey. Observers back then viewed such a step as an attempt to encircle Egypt and undermine its interests in the Red Sea.

Othman added that the departure of Bashir ended the Turkish ambition to control Sudan, which prompted Egypt to approach Sudan and establish military and strategic alliances to preserve Arab security.

On Nov. 14, units of Egypt's elite Saiqa Force and air force arrived at the Marwa air base in Sudan to participate in the joint Egyptian-Sudanese combat exercises dubbed Nile Eagles – 1, for the first time in the two countries’ history.

Commenting on Egypt joining an alliance with Israel and Sudan, Othman said that Egypt is trying to take advantage of the normalization of Israeli-Sudanese ties to build an alliance that would confront the Turkish ambitions in the Red Sea. He stated, “This alliance does not only involve three parties. It also includes Saudi Arabia, which has relations with Israel, albeit undeclared given the sensitivity of its position.”

Othman anticipated that this alliance would prove to be strong and successful — given the presence of Israel that fears Turkish and Iranian threats in the Red Sea — in halting the Turkish advances in the region.

Amani al-Tawil, an expert on African affairs at Al-Ahram Center for Political and Strategic Studies, told Al-Monitor that it is not the first time that Egypt seeks to establish a lobby capable of confronting Turkey, as it had previously cooperated with Saudi Arabia in securing the Red Sea through joint exercises to protect navigation in the Red Sea against any threats.

She noted that Egypt also inaugurated the Berenice military base south of the Red Sea to counter Turkish threats and ambitions in the region. Tawil believes that Egypt's efforts to bring in new parties is a good step that will have an effective and powerful impact, particularly since Israel needs to secure the region from any threats in the Red Sea, be they Iranian or Turkish.

Egypt announced Jan. 22 the start of the joint Egyptian-Saudi maritime training exercises dubbed Morgan-16, in the Red Sea, with the aim to boost maritime security in the region and confront any threats.

On Jan. 15, Egypt inaugurated the Berenice military base, which is the largest in the Red Sea and in Africa with a surface area of ​nearly 150,000 feddans (155,000 acres), on the Red Sea coast. The objective is to protect the Arab coasts on the Red Sea from any attacks.

Tawil said that Turkey is seeking to create areas of influence on the Red Sea, given its importance as an main passage for global trade. “Unfortunately Erdogan has taken advantage of Somalia’s poverty and civil war to consolidate his influence by controlling the economic and military aspects [of the country]. This is true particularly since Somalia has enormous oil resources, while Turkey suffers from a scarcity of oil resources. Add to that its distinguished location on the Gulf of Aden and at the entrance to the Red Sea, which makes it an important Turkish target,” she added.

Acting Somali Trade and Industry Minister Abdullah Ali Hassan said during the Turkey-Africa Economic Forum that trade exchange between Somalia and Turkey grew by 37% in the past year, reaching $206 million, compared to $150 million in 2017.

On Sept. 30, 2017, Turkey inaugurated a military base — the largest Turkish military training camp outside Turkey — south of Mogadishu.

Turkey's energy imports in 2019 amounted to nearly $41.1 billion according to the Turkish Statistical Institute.