The historic library of Saint Catherine’s Monastery is in the middle of a conservation project to protect the most precious volumes of its large collection of ancient manuscripts. 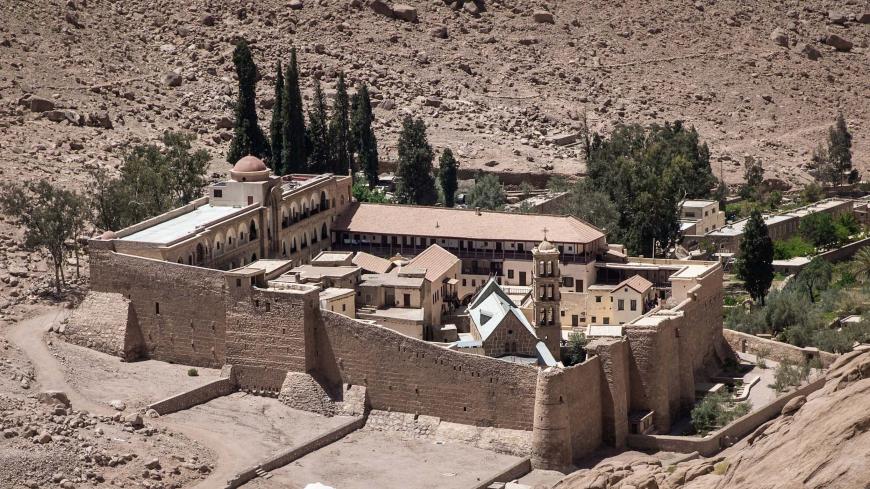 A picture taken on April 16, 2017, shows a general view of the Monastery of St. Catherine in Egypt's South Sinai. - PEDRO COSTA GOMES/AFP via Getty Images

The historic library of the remote Saint Catherine’s Monastery, located in Egypt’s South Sinai governorate, has taken up a formidable conservation project to protect the most precious volumes of its large collection of ancient manuscripts. The initiative, one of the most ambitious of its kind, will place selected codices in specially designed boxes, the first 200 of which arrived at the library in June.

In total, the project involves creating stainless steel boxes for 2,000 manuscripts out of the 3,306 that the library holds. It's being funded by the Saint Catherine Foundation, a charity established in the United Kingdom in 1996 to support the conservation works at the monastery with a special focus on its library, as well as its associated organizations based in New York and Geneva.

Established in 565, Saint Catherine’s Monastery lies in the heart of the Sinai desert, at the foot of sacred Mount Sinai. It is considered one of the oldest working Christian monasteries in the world. The beginning of the modern library dates back to 1734, when all the monastery’s manuscripts were gathered in rooms located in the center of the monastery, where they stayed for over two centuries. In 1951, after two decades of renovation work, the books were finally moved to their current location. Today, the library is considered one of the oldest continually operating in the world. It contains 3,306 manuscripts, 12,000 books (of which 8,000 are in Greek) and a collection of 10,000 precious printed books.

“Our library is relatively small, but it’s very important because it has [items] from all over. Everything has been here for centuries, and this gives an added interest in everything that is here,” Father Justin, one of 25 monks in the monastery and responsible for the library, told Al-Monitor.

The last renovation work was an eight-year project from 2009 to 2017 to improve the monastery's facilities. As part of these changes, it was decided that its most precious manuscripts would be boxed up for preservation. The 2,000 manuscripts selected were chosen for their Byzantine bindings, age, illuminations and other significance.

“No library has two thirds of its collection in boxes, but the foundation that is founding this thought it was an excellent idea and perhaps would set a precedent for other libraries to do the same,” Father Justin said.

The library drew on a survey of its collection conducted from 2001 to 2006. Professional conservators evaluated and documented each manuscript's features and condition.

“That was the most complex and complete survey of a full collection ever carried out,” book conservationist Nicholas Pickwoad, who led the survey, told Al-Monitor. “I went with a colleague of mine to look at the library and we began to work out what should be done in order to preserve it and guarantee its survival,” he added, noting that a total of 35 conservators contributed to the effort over the years.

The selection of the 2,000 manuscripts was followed by an extensive assessment process to determine what kinds of boxes were the most suitable. Father Justin noted that if a library wants to preserve a special manuscript in a box, the most common approach is to make one out of archival board and cloth, but they found out that this type tended to dry out and lose its shape in the desert climate. The second option, wood, also cracked in the dry climate. So they began to investigate making the boxes out of stainless steel. “We were very impressed and went ahead with it,” he explained.

The final designs produced smooth and accessible boxes. The inside is lined with polyester foam and acid-free millboard to provide effective, short-term insulation in the event of fire. The box is sealed against dust and blocks in each corner keep the books steady and absorb shock in the event of an impact. The manuscripts are also placed in custom wrappers that allow them to be taken out and replaced without direct handling.

“It will take a while to get all books in boxes,” Father Justin admitted, “but then we expect them to last for centuries.”

“How long it will take depends on the funding. Each box costs around $1,000 and we have secured funding for the first several hundred,” he added.

Finally, an expert in heritage conservation and digital documentation developed a computer program to store the boxes efficiently. Now, the library’s books are arranged by size and not in the original sequence, which was by subject.

“The design of the boxes meant that the volume occupied by each book increased significantly,” Athanasios Velios, who created the program, told Al-Monitor. He also noted that the boxes wil be stored vertically rather than horizontally.

The system “tracks the amount of space left in each column and tries to fit each book in existing spaces before using a new column, and it then optimizes the arrangement within each column to place the heavier books at waist level for easier handling,” he added.

Once the project is completed, the library will proceed with repairing some of the manuscripts. “The rebuilding of the library rooms and the boxing is a first stage to stabilize the collection … to prevent further deterioration,” Pickwoad noted. “The next stage, still up in the air, is to build a fully equipped modern conservation workshop at the other end of the floor where the library is,” he added. “This will allow the manuscripts to be repaired in the monastery and that is very important.”

“The second part of that project, which will depend on raising the money, is to send [a] conservator to work on the manuscripts, identifying those that need the most urgent repair,” he concluded. 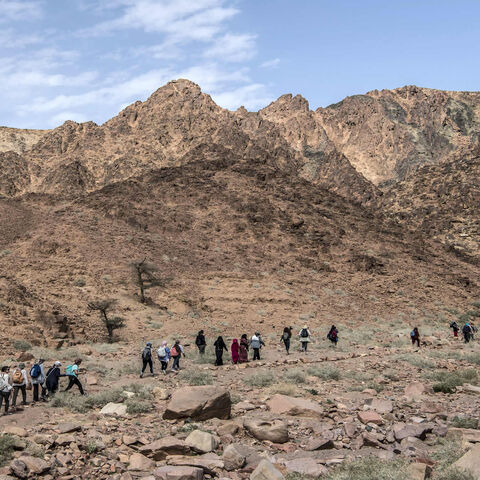 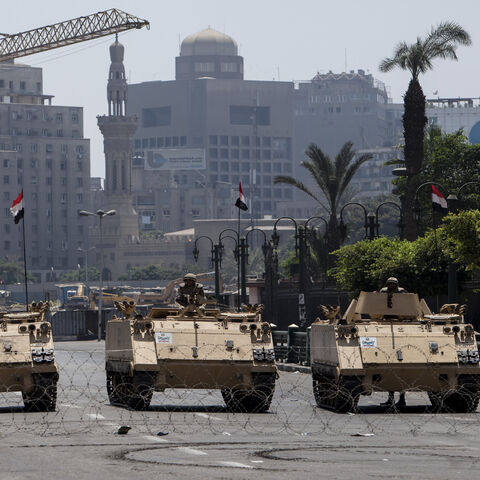 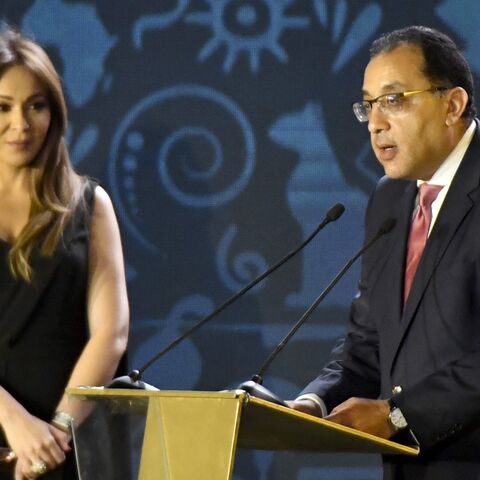