The decision to seize seed collections from the British Institute at Ankara are linked to the Turkish president's wider Islamo-nationalist campaign. 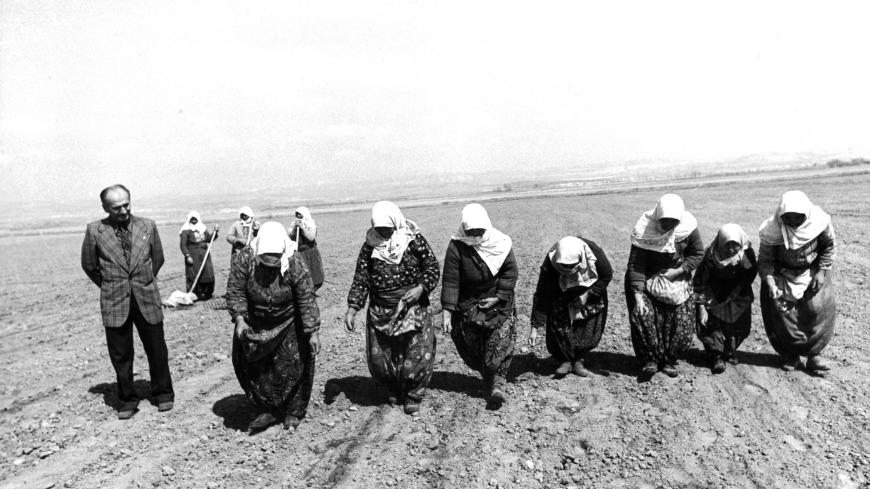 Turkish authorities have seized possession of the country’s oldest and richest archaeobotanical and modern seed collections from the British Institute at Ankara, one of the most highly regarded foreign research institutes in Turkey, particularly in the field of archaeology. The move has sounded alarm bells among the foreign research community and is seen as part of President Recep Tayyip Erdogan’s wider xenophobia-tinged campaign to inject Islamic nationalism into all aspects of Turkish life.

In a confidential letter dated Sept. 17 that was addressed to the institute’s members, Chairman Stephen Mitchell described how on Sept. 3 the Ministry of Culture and Tourism had served notice that the collections belonged to the Turkish state and “would be removed the same day.”

“Beginning that afternoon and continuing the following day,” Mitchell wrote, “staff from the Museum of Anatolian Civilizations, the General Directorate for Museums and Heritage from the Ministry of Culture and the Turkish Presidency took away 108 boxes of archaeobotanical specimens and 4 cupboards comprising the modern seed reference collections” to depots in a pair of government-run museums in Ankara. The institute’s request for extra time “to minimize the risk of damage or loss to the material was refused.”

The institute's director, Lutgarde Vandeput, confirmed in emailed comments to Al-Monitor that the Ankara-based center’s botanical collections had been seized. “The British Embassy is aware of the issue and we are in contact with the relevant authorities in the Turkish government,” she said. Vandeput declined to elaborate.

The British Embassy in Ankara confirmed in an email to Al-Monitor the issue had been raised with the Turkish government, but gave no further details. A British official speaking not for attribution said, “We will continue to push for best practice when it comes to preserving the collection.”

Firdevs Robinson, a London-based analyst who follows Turkey closely, said that Britain identifies Turkey as a strategic partner and “with the UK’s exit from the European Union, Turkey has gained additional value for securing a post-Brexit trade deal.” Yet while Britain does not engage in “megaphone diplomacy” with Turkey, its envoys “claim they do raise concerns and objections behind closed doors.”

Coming on the heels of the controversial conversions of the Hagia Sophia and Chora Museum into full service mosques this summer, the seizure has left the research community in a state of shock, sources familiar with the affair said.

In hindsight, the writing was on the wall.

The formal justification for the raid was based on a decree issued on Sept. 3, 2019. It authorizes the government to assume control of local plants and seeds and to regulate their production and sales.

Two days after the decree was published in the official gazette, Turkey’s first lady Emine Erdogan, a passionate advocate of herbal and organic food products, introduced the so-called “Ata Tohum” or “Ancestral Seed” project that envisages “agriculture as the key to our national sovereignty.” The scheme is aimed at collecting and storing genetically unmodified seeds from local farmers and to reproduce and plant them so as to grow “fully indigenous” aliments.

“Our farmers opened their treasure chests. In order to ensure that the heritage of this soil is transferred to future generations they entrusted their seeds to the state’s care,” the first lady said in a speech to mark the occasion. She said more than 1,000 different varieties had been donated since the project’s initial launch in 2017 and 11 different fruits and vegetables, including cucumbers and melons, had been grown as a result.

Ata Tohum is thought to be the brainchild of Ibrahim Adnan Saracoglu, an Austrian-trained biochemist.

He is among Erdogan’s ever expanding legion of advisers. The 71-year old has written academic tracts about how broccoli consumption can prevent prostatitis. He was with the first lady at the Sept. 5 Ata Tohum event.

Saracoglu took the stage after her and made no bones about the ideological underpinnings of Ata Tohum.

The professor railed against assorted Westerners who had plundered Anatolia’s botanical wealth and carried it back home. The late American archaeobotanist Jack Harlan was among the top culprits. “When the power that aimed to alter the genetic makeup of seeds and thereby bring humanity under its own control realized it was wrecking its own soil, it set its sights on Mesopotamia,” Saracoglu noted, in a thinly veiled reference to the United States. “Seeds” he intoned, “are the foundation of our national security.”

James Ryan, associate director of the Hagop Kevorkian Center for Near Eastern Studies at New York University, described the Ata Tohum project as a “classic nationalist move to dig deeper and deeper into the past for justification of the [nationalist] policies that you are currently putting in place.” Ryan noted in an interview with Al-Monitor that these were nothing new.

He drew parallels with the founder of modern Turkey, Kemal Ataturk, who “connected Turkish civilization back to the Phrygians and the Hittites” as part of his nation-building project.

Erdogan and his Islamist predecessors on the other hand “essentialize Turkish Islamic civilization as a competitor to the secular identity of the Kemalists.”

The Ata Tohum project displays “a similar kind of impetus,” he added. “You have these genetic ties to the land through these seeds as proof that our civilization belongs here and has been here since time immemorial. To want to have these [seeds] in the first place is part of the nationalist framework.”

Turkish officials told the British Institute that its seed collections would be added to the soon to be completed Ata Tohum seed bank that is to be under the authority of the Turkish presidency.

In his letter to board members, Mitchell said Turkish authorities had offered oral assurances that the collections would continue to be accessible to researchers, “subject to necessary permissions being granted by the relevant authorities.”

He said that the institute was in touch with other researchers and projects, whose work had been “directly affected” by the government’s decision and that it was receiving legal advice on the matter.

Al-Monitor was unable to verify that other research centers had been subjected to similar confiscations. Bayram Balci, who heads the Istanbul-based French Institute of Anatolian Studies, told Al-Monitor that Turkish authorities had not removed any of its collections.

The ultimate fate of the British Institute’s seeds remains a mystery. It’s just as unclear what practical purpose they will serve. Dorian Fuller of the University College London Institute of Archaeology, who is counted among the world’s top archaeobotanists, has studied the institute’s collections. He told Al-Monitor in an interview that “the archaeology seeds are essentially charcoal, dead and inert.” As for the modern reference collection “we are talking about stuff that was collected 25 to 50 years ago and is not going to be able to germinate.”

“I don’t know of any case where someone has taken a gene out of an extinct or ancient variety of seeds and put into a modern variety. Mummy seeds is all nonsense. It’s all a marketing ploy,” he said.

Fuller added, “The obvious research purpose is that [the seeds] would tell us about lost variation in some of those species.”

“In that genetic diversity,” Fuller explained, one might find “genes for different forms of drought tolerance, disease tolerance or all sorts of things and that could be useful for future crop breeding.”

“But in order to get genomic information you only need one or two grains, not the whole collection. What [Turkish authorities] have done is they’ve removed this research resource from the wider Turkish and international community of researchers. It was a nice, small research facility, open to anyone who wanted to use it. Now it’s all gone,” he concluded.