Brahim Aouissaoui did not say anything about a plan to kill people the day of the attack in the southern French city, his family told Arabic-language press. 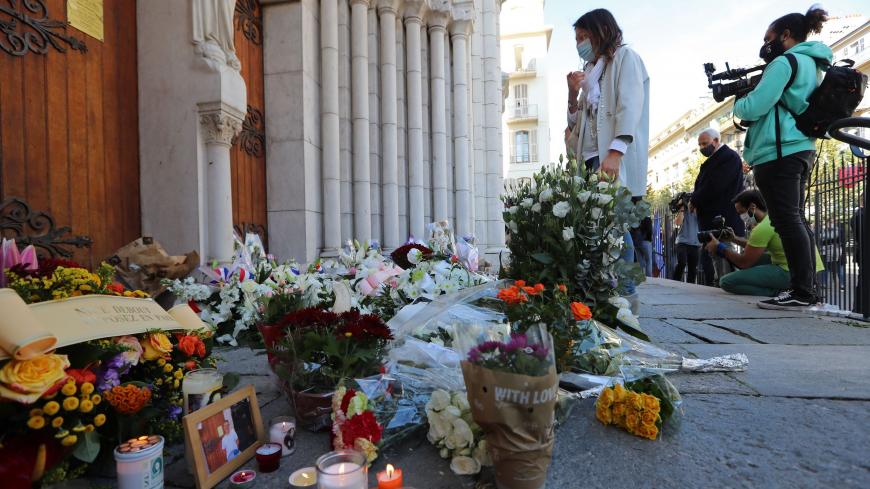 A woman pays homage in front of the Notre-Dame de l'Assomption Basilica in Nice on Oct. 30, 2020, during a tribute to the victims stabbed by an attacker the day before. - VALERY HACHE/AFP via Getty Images

A Tunisian man has been identified as the assailant accused of killing three people with a knife in a French church on Thursday.

Brahim Aouissaoui is suspected of carrying out the deadly knife attack in Nice. Aouissaoui allegedly stabbed three people to death at the Basilica of Notre-Dame before he was shot and arrested. He is now in the hospital in critical condition.

The incident has been linked to recent controversial comments made by French President Emmanuel Macron. Earlier this month, a French teacher was gruesomely beheaded by a Muslim student after showing images of Islam's Prophet Muhammad in class. Many Muslims find such images offensive and blasphemous. Macron defend the late teacher and freedom of expression in response and refused to disavow the pictures.

There was another knife attack at the French Consulate in Jeddah, Saudi Arabia, the same day. Many Muslims leaders have criticized Macron’s remarks and some Middle Eastern supermarkets are now boycotting French goods.

However, Aouissaoui’s motivations are unclear and he did not previously show signs of violence, according to his family.

“He didn’t tell me anything,” his brother Yassin told the Saudi news outlet Al-Hadath when asked if Aouissaoui mentioned plans to commit the attack.

Aouissaoui sent his family a picture of himself in front of the church before the attack, but made no mention of his intent to kill, the family said in the televised interview. He first traveled to Italy and then told his mother Qamra on Thursday that he was going to France.

Aouissaoui left his hometown near the coastal city of Sfax in September for Italy, but did not inform his family of his plans. The family is now under investigation by Tunisian police, Reuters reported.