Iran has been ordered to pay Robert Levinson's family $1.35 billion in punitive damages and $107 million in compensatory damages. 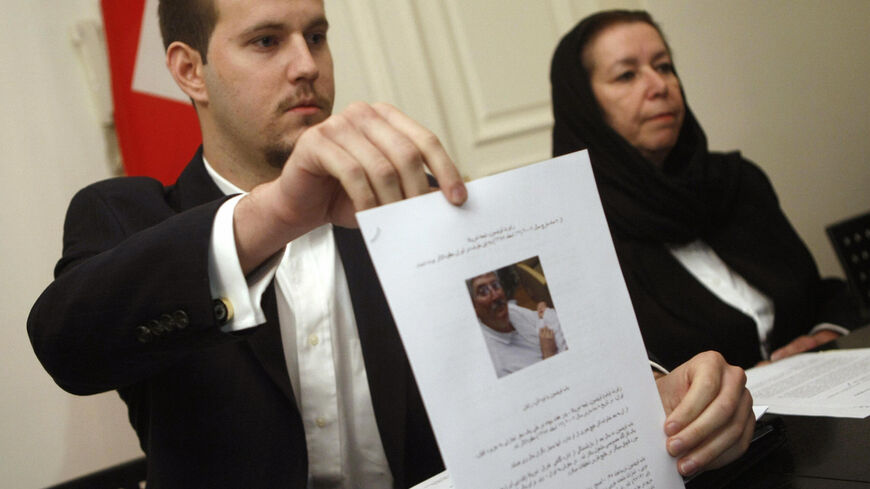 A federal judge in Washington has ruled that Iran must pay $1.45 billion in damages to the family of a retired FBI agent who vanished 13 years ago in Iran.

Robert Levinson, the longest held hostage in American history, disappeared on Iran’s Kish Island in March 2007 in what the US government initially claimed was a private business trip. In 2013, The Associated Press revealed that CIA analysts had recruited Levinson and sent him on a mission inside Iran.

Unknown captors sent the family proof-of-life videos and photos in 2010 and 2011, showing a haggard Levinson wearing a Guantanamo Bay-like orange jumpsuit. Last year, the US State Department offered a reward of up to $20 million for information on the whereabouts of the father of seven.

In March, Levinson’s family said the US government had confirmed his death in Iranian custody. It’s unclear how or when he died, the family said, only that it was at some point before the coronavirus outbreak in Iran.

Last week, US District Judge Timothy Kelly ordered that Tehran pay Levinson’s family $1.35 billion in punitive damages and $107 million in compensatory damages. The money is set to come from a US government fund created for victims of state-sponsored terrorism; experts indicated that the fund might only be able to pay a fraction of the award.

The punitive damages, Kelly wrote, are meant to "punish outrageous behavior and deter such outrageous conduct in the future." The judge described Levinson's kidnapping as "barbaric conduct that has caused him and his family immeasurable suffering."

In a statement, the Levinson family described the ruling as "the first step in the pursuit of justice."

“Until now, Iran has faced no consequences for its actions. Judge Kelly’s decision won’t bring Bob home, but we hope that it will serve as a warning against further hostage taking by Iran,” they said. “We intend to find any and every avenue, and pursue all options, to seek justice for Robert Levinson.”

The Iranian government did not immediately respond today, but has long denied responsibility for his disappearance.

The Trump administration, which has pursued a maximum pressure campaign of sanctions against Iran, has called on Iranian officials to “provide a full accounting” of what happened to Levinson.

US citizens, including Morad Tahbaz and Siamak and Baquer Namazi, are among the many Western political prisoners currently detained in Iran. Navy veteran Michael White was freed from Iranian custody in June.