Israel to start human trials of coronavirus vaccine next week

The first phase of the trial will test 80 volunteers between the ages of 18 and 55. 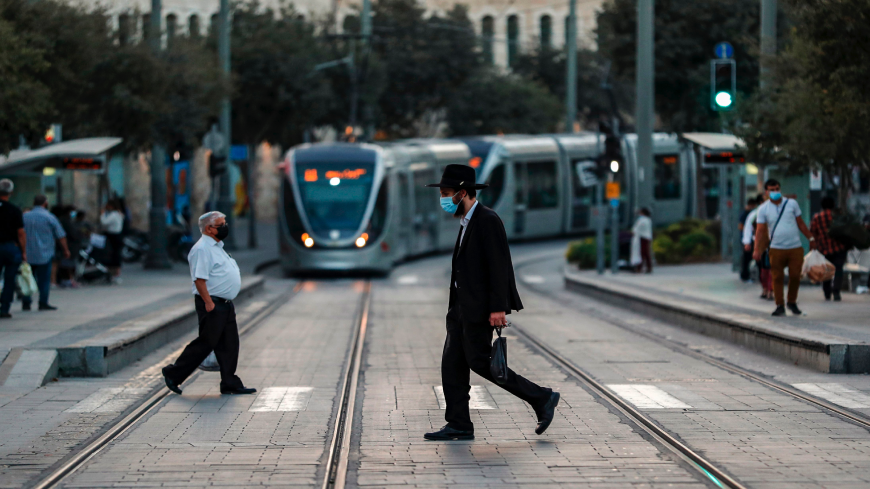 An Orthodox Jewish man, mask-clad due to the COVID-19 pandemic, crosses a street past the Jerusalem Light Rail in Jerusalem on Oct. 26, 2020. - EMMANUEL DUNAND/AFP via Getty Images

Israel will begin testing a COVID-19 vaccine on volunteers this Sunday, the Defense Ministry said, as the country grapples with how best to contain its deadly coronavirus outbreak.

“This is a day of hope for the citizens of Israel,” Israeli Defense Minister Benny Gantz said. “I would like to thank the dozens of researchers who worked day and night on this national mission.”

The Israel Institute for Biological Research (IIBR) began testing its BriLife SARS-CoV-2 vaccine on animals in March. The state-run laboratory has so far produced 25,000 doses of the vaccine to be used in the first two stages of trials at the Sheba Medical Center near Tel Aviv and Hadassah Hospital in Jerusalem.

The first phase will test 80 people between the ages of 18 and 55, with a second phase to include 960 volunteers in December. If those phases are successful, the third and final round of testing will involve 30,000 volunteers and begin in April or May.

IIBR is in the meantime mass producing the vaccine in anticipation of approval from the Ministry of Health this summer. The head of the institute, Shmuel Shapira, says he hopes the vaccine could be ready for use in the general population by July.

"I cannot promise every last Israeli would be able to get vaccinated by next summer, but we are producing rapidly," Shapira said in an interview with Ynet News.

Israel last month imposed a second national coronavirus lockdown in an effort to curb an uptick in coronavirus cases. The Health Ministry has reported more than 300,000 infections and 2,404 deaths since February.

Public confidence in Prime Minister Benjamin Netanyahu’s COVID-19 response has fallen, with 58% telling a Channel 12 survey he is doing "a poor job." On Monday, an aide in the prime minister's office tested positive for the virus. The Health Ministry said Netanyahu will not be required to quarantine due to contact tracing.