Israel is increasing its goals for the use of renewable energies, but the Ministry for Environmental Protection says it is nowhere near enough. 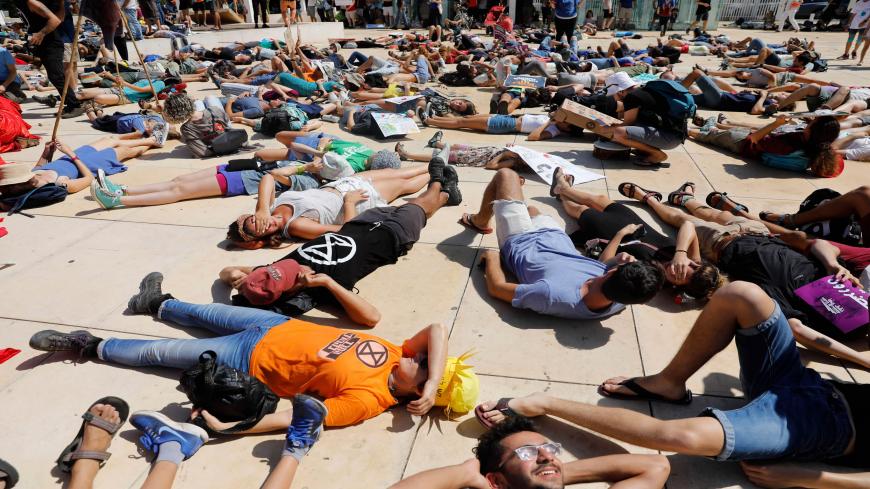 Israel’s Cabinet decided Oct. 25 to increase the production of electricity from renewable resources by 13% by the year 2030. The Cabinet adopted a proposal put up by the Ministry of Energy for increasing the share of renewable energies from 17% to 30%, rejecting demands by the Ministry for Environmental Protection to set the 2030 goal at 40%.

Energy Minister Yuval Steinitz predicted that the transition to cleaner energies could save the economy more than $2 billion annually. He described the new 30% goal as "ambitious and a real revolution," noting that the remaining 70% of Israel’s energy needs will need to be met by natural gas. As a reminder, Israel had discovered some 10 years ago enormous reserves of natural gas, off the country’s Mediterranean coast.

Sources within the Ministry of Environmental Protection expressed disappointment over the decision. For them, the goal is much too low. They also say natural gas plants are certainly less polluting than coal-produced electricity, but are still considered dangerous for the environment.

Before the government debate, David Yahalomi, director general of the Ministry of Environmental Protection, sent a letter to the Ministry of Energy, encouraging it to aim much higher. "The new goal you have set of generating by 2030 30% of Israel’s electricity from renewable energy is certainly an improvement compared with the current goal, but does not reflect the optimized potential for the country. We are proposing to set the goal at 40%, in a way that will exploit the enormous potential of producing solar energies in constructed areas. Led by OECD [Organisation for Economic Cooperation and Development] countries, the world is in the midst of a strategic transformation toward an electricity market based on renewable energies. The world is moving from fossil fuel-based, polluting economies, to clean energies," wrote Yahalomi.

Yahalomi also wrote that such a decision would send the wrong signal to investors in the energy industry, as if energy development in the coming decade would focus on fossil fuels. "Insisting to promote the production of thousands of new fossil megawatts — contrary to any economic or environmental logic — would damage the development of a renewable energy market," Yahalomi warned.

The green group Adam Teva V’Din said after the decision, "Increasing the goals now is too little too late. Setting up a framework of 70% gas would be regrettable for many generations to come. In addition, we must do much more to save electricity by striving for energy efficiency."

The Cabinet’s decision on the 2030 goals came only days after the publication of a State Comptroller report that touched on this subject. "The state of Israel committed — in the framework of international agreements — to participate in the global efforts set in the UN treaty on climate change. Among other things, Israel committed to energy efficiency. For that, the state adopted a legislation, approved regulations and advanced several operative decisions, including quite substantial budgets. Still, despite these efforts, Israel failed to meet the goals it had set. In 2020, the rate of energy efficiency was less than half of the declared goal," wrote the State Comptroller. He also noted that on energy efficiency, the state did not fix any intermediate goals, did not establish indexes for controlling advancement or indexes on reaching the goals. The report further noted that the authorities did not meet the goals of shifting 20% of private traffic toward public in order to reduce the CO2 emission.

On the positive side, the report said that some decrease in coal-produced electricity was noted, due to increased use of natural gas, and that the 15 big cities are making efforts to promote clean housing, which are more efficient in energy use and constructed out of materials that are more environmentally friendly.

The decision adopted Oct. 25 was not all negative in the eyes of the green groups. Constructive measures included the establishment of a special loan fund that would encourage the establishment of renewable energy production and stockage plants. These existing plants — especially solar panel sites — would see their tax benefits prolonged. The state would also refuse any demands from private entrepreneurs to construct new gas-based electricity plants.

Professor Adi Wolfson of the Shamoon College of Engineering specializes in sustainability and is also an environmentalist. He warns that Israel is not preparing itself to face the climate crisis. "The report by the State Comptroller is just the tip of the iceberg. The bigger picture is much scarier. It is as if Israel does not believe there is really a climate crisis. There are no real indexes. No real goals. No real actions," he told Al-Monitor. Wolfson said that the goals set up by Israel in the framework of the Paris Climate Agreement of 2015 — already low compared to other OECD countries — were not achieved. Not on reducing CO2 emissions, not on energy efficiency, not on shifting toward public transportation and not on increasing the use of renewable energies.

Wolfson explained that combatting against CO2 emission is one thing, but there is much more to that. Israel is located on the seashore, between a Mediterranean climate and a desert climate, which makes it vulnerable to climate changes on different levels. We could soon see huge fires, like in Australia, tsunami waves coming from the west or flooding. The level of the sea could rise.

After the Paris agreement, Sinaia Netanyahu, an internationally renowned scientist, defined five operative targets and prepared detailed action plans for the different government ministries to move things ahead and be ready for climate change-driven natural disasters. Her plans refer among other things to Israel’s water sector, preparedness in energy production, prevention of forest fires, and so on. But as is the case often in Israel, the climate change directorate is not really functioning, and budgets are not really allocated, or allocated but not used.

Preparedness on the official, state level seems to be lagging behind, but there are many Israeli civil society groups, research teams, start-ups and companies that are moving full speed ahead. On Oct. 23, the Jerusalem Press Club presented its first ever 24-hour online conference on climate, focusing on Israel's latest technologies in the fields of energy, food and agriculture. The successful conference revealed some of the country’s latest positive climate contributions and innovations promoting the UN's Sustainable Development Goals. Together with the Foreign Ministry, they put together an impressive program, including quite a lot of companies and research teams that are working in the field of renewable energies. To mention just some of the interlocutors: Israel’s technology Institute in Haifa the Technion; H2 Energy Now group, which offers storage solutions for renewable energies; EnergiyaGlobal, which specializes in affordable solar projects; and Juganu which has developed Smart LED Lighting. The Jerusalem Press Club believes that many solutions to climate change and growing need of renewable energies could actually be found in laboratories in Israel.