Israel frequently clashes with Hamas and other groups in Gaza, and the two last agreed to a cease-fire in September. 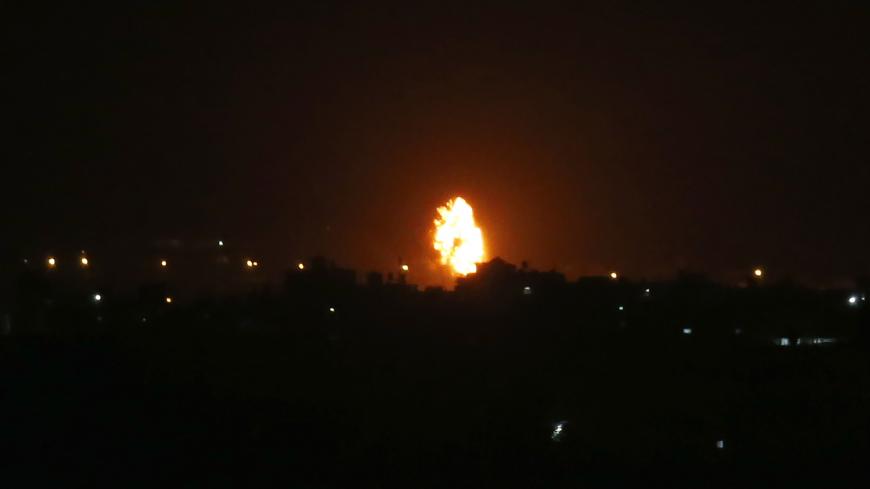 Flames are seen following an Israeli airstrike in the town of Khan Younis in the southern Gaza Strip, early on Oct. 23, 2020. - SAID KHATIB/AFP via Getty Images

The Israel Defense Forces struck targets in the Gaza Strip on Friday after rockets were fired from the enclave into Israel.

The IDF said early Friday morning that two rockets were fired into Israel from Gaza. The Israeli air force responded by striking Hamas targets in Gaza.

The WAFA News Agency, which is run by the Palestinian Authority, reported that Israeli fighter jets had bombed the Nuseirat refugee camp in central Gaza as well as farmland in the south in the early hours of Friday. There were no human casualties, only material damage, according to the outlet.

Hamas is a political and military organization that controls Gaza. Israel maintains a blockade on the area’s sea and air space, as well its land border with Israel. Gaza also has a border with Egypt. The rival Palestinian Authority administers parts of the West Bank, while the Israeli military controls the rest along with the West Bank’s borders.

Hamas and Israel have clashed on numerous occasions over the past several years. In September, the two agreed to a cease-fire brokered by Qatar. Israel holds Hamas accountable for all attacks originating in Gaza, but Hamas is not the only group to attack Israel from there, where other armed groups such as Islamic Jihad also operate.