The deal will address major security and structural obstacles, but local communities criticize the accord for failing to bring their people to the table. 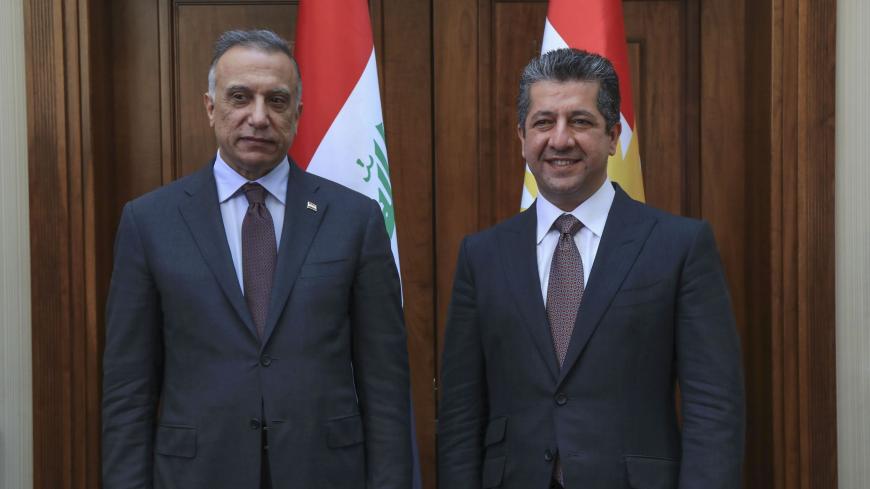 An agreement between Iraq’s federal government and the Kurdistan Regional Government (KRG), in coordination with the UN Assistance Mission for Iraq, has bolstered federal authority and paved the way for reconstruction in the Sinjar district.

Friday's agreement was hailed by the UN mission as the “first and important step in the right direction” for the district, which witnessed the Islamic State's genocide against the Yazidis in 2014. Since the defeat of the extremist group, Yazidi survivors have continued to face extreme security obstacles, inadequate governance and a lack of basic provisions.

Sinjar, in Ninevah province, has seen two different administrations in the past, one appointed by Erbil and another by Baghdad. And the district is crowded with armed forces vying for increased influence, including the Kurdistan Workers Party (PKK), the Sinjar Resistance Units and the Popular Mobilization Units (PMU) as well as federal authorities and Kurdish peshmerga fighters.

“The agreement will directly contribute to accelerate the return of the displaced families to their homes and ensure their stability in their areas,” said the deputy speaker of the Iraqi parliament, Bashir al-Haddad.

While the agreement was welcomed in Washington, it has been criticized by some in the Yazidi community who say the deal did not bring their people to the table. “We will not accept any changes or discussions that we are not a party to,” said a statement by the Yazidi-run Democratic Self-Administration Board in Sinjar. It added, “For the talks to be successful, we must be one of the main parties in which our rights are recognized, otherwise we do not accept any discussion or negotiation.”

The Sinjar deal came together after “months of hard work and negotiations” between Erbil and Baghdad, according to KRG Prime Minister Masrour Barzani. The agreement empowers authorities to rid the district of its many armed forces by placing the security reins firmly in the hands of the federal government, although details on how exactly this will be done are still vague.

Barzani said, “Baghdad and Erbil have agreed to work together to solve all issues around security, governance and service provision in Sinjar under the terms of the agreement.”

The deal stipulates the handing over of security services to Baghdad, headed by the National Security Service, the Interior Ministry, the National Intelligence Service and the office of Prime Minister Mustafa al-Kadhimi.

The agreement also calls for a joint committee that would include Ninevah Gov. Najm al-Jubouri and would select people to serve in various administrative positions.

The district’s security is to be limited to three parties: the local police, the National Security Service and the intelligence service. Kadhimi's office and the Interior Ministry are to appoint 2,500 residents from the district, including 1,000 people from Sinjar and 1,500 from displacement camps, to join the region's security forces.

The agreement calls for the removal of armed groups in the region, including the PKK and PMU forces.

A yearslong dispute between Baghdad and Erbil over the governance of Sinjar opened the door for outside groups to use the district as a safe haven, and the PKK established a foothold in the area under the rationale of protecting the local Yazidi community. Around 375,000 Yazidis escaped Sinjar after the Islamic State took control of the region in mid-2014, according to Mirza Dinnayi, the director of the German based Luftbrucke Irak (meaning Iraq Air Bridge), who specializes in assisting Yazidis to recover from the genocide.

Since 2016, Ankara has accused the PKK, which has long been involved in armed conflict with Turkey, of transforming Sinjar into a base for logistical and command-and-control activities. Turkish President Recep Tayyip Erdogan made his position clear that he would not allow the PKK to exert influence in the region. Turkey has regularly conducted cross-border operations against PKK positions, often impacting Yazidi and Iraqi Christian (Assyrian, Chaldean and Syriac) communities.

“We hope this agreement is carried out in a way that would enable the reinstatement of the control of the Iraqi authorities in Sinjar, the eradication of DAESH [Islamic State] and PKK terrorist organizations and their extensions in the region and ensure the safe return to their ancestral lands of Yazidis and the other people of the region who have been subject to grave oppression and persecution of first DAESH and then of the PKK,” read a statement from the Turkish Foreign Ministry.

There was no mention in the deal that local communities will be brought to the table, although Yazidi sources who spoke with Al-Monitor said the UN mission's involvement in the deal gives the agreement a stamp of approval that their interests would be met. Despite initial protests, there is hope that the deal will finally ease the bickering between the Iraqi federal government and the KRG and is a step toward normalizing relations.

"The upcoming decisions must be in the hands of Sinjar people, based on independency, integrity and competence," Dinnayi told Al-Monitor. "Clear transitional justice mechanisms should be adopted, including the transformation of Sinjar into a province, because it is the only guarantee for building peace and getting out of conflicts, in addition to the need to involve the international community that supports peace and development and reconstruction."