Iran is working to develop non-oil exports in the face of US sanctions, but the country's trade policies are in dire need of reform before real progress will be feasible. 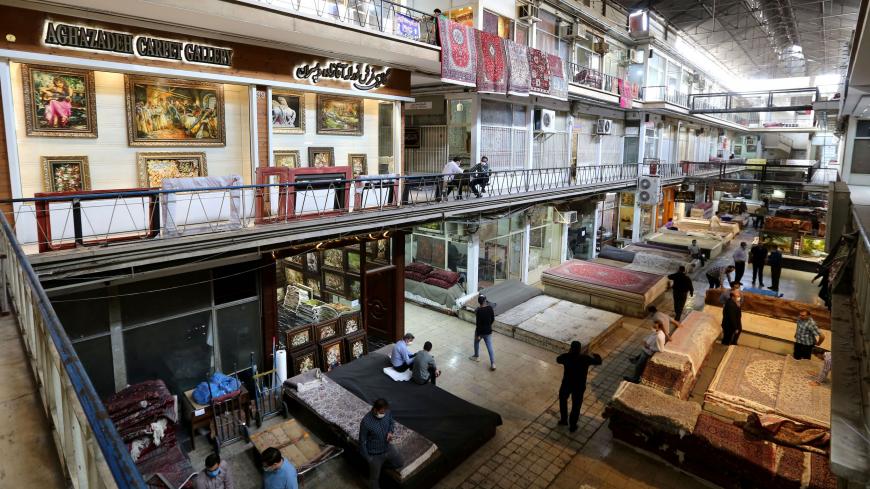 With the reimposition of the harsh sanctions against Iranian oil exports in 2018 by the Trump administration, officials in Iran have focused on non-oil exports as the only viable way to meet the country's foreign exchange needs. But the country's trade policies have failed to resolve the bottleneck created in the absence of petrodollars.

In terms of commodity diversity, most of the country's non-oil exports are still dependent on oil and mineral products. These products cannot be considered industrial goods due to their low value add, as they are not upgraded into higher value products and thus bring in less revenue for the country.

As the key development strategy and planning instrument, according to the law of the Sixth Five-Year Development Plan (2016-21), the country's non-oil exports should increase with 21.7% annually from $42.1 billion in 2016-17 to $112.8 billion by 2021-22. Over 2018-2019, the country's total exports and non-oil exports were $87.9 billion and $44.7 billion, respectively, a far cry from the goals specified in the Sixth Plan. According to the same law, the aggregate value of Iran's non-oil trade excluding gas condensate in the year 2021-22 should equal $112.7 billion. This seems an unlikely target since more than three and a half years of the five years allotted to implement this grandiose plan have already passed.

Majid Reza Harirchi, the head of the Iran-China Joint Chamber of Commerce, noted that export revenues are expected to be approximately $30 billion this year. Interestingly, on Oct. 6, the IRNA news agency quoted Deputy Minister of Industry, Mines and Trade Hamid Zadboum as saying that the amount of the non-oil exports was approximately $13.5 billion in the first half of the Iranian year. By this account, foreign trade is likely to do worse this year unless there is a major economic reopening for Iran in the international arena.

A review of Iran's trade policies especially regarding imports and exports indicates that the strategies to promote foreign trade consist of short-term measures and lack long-term planning. One of the most important laws related to the country's international commerce, the Law on Export and Import Regulations approved in 1993, needs to be reviewed and amended according to the study conducted by the IPRC. Due to the disconnection of the country's banking system from the rest of the world, many exporters do not enjoy easy access to their foreign exchange. After unilateral sanctions by the United States in 2018, the Central Bank of Iran (CBI) introduced regulations to push exporters to transfer their hard currency earnings to the country in order for the CBI to meet the foreign currency needs of importers. This mechanism was basically intended to help importers to import essential goods and the government to control exchange market volatility. Unfortunately, negotiations between the government and the private sector over the issue are still ongoing more than two and a half years after the government's decision to oblige the exporters to sell their foreign exchange at the rates offered by NIMA, an online platform for hard currency transactions. Various directives and instructions have been issued by regulators in this regard. Regretfully, the CBI's measures have proved to be counterproductive, leaving exporters experiencing more pressure and hardships.

Therefore, it can be argued that the problem of devaluation of non-oil exports and Iran's meagre share in global trade is due neither to its geographical location nor to its resources or comparative disadvantages. The problem lies in the lack of coordination between the government agencies that regulate foreign trade and the private sector as well as poor planning for the country's foreign trade. It is noteworthy that Iran's total share of global exports and imports stood at about 0.55% and 0.25%, respectively, in 2018.

Boosting the country's non-oil exports requires implementing long-awaited institutional changes in the domestic economy and expanding long-term interaction with foreign business partners. Legal ambiguities, exhaustive bureaucracy and constant changes in trade policies and regulations have multiplied irritatingly over the past few years and stifled the exportation process. If this trend continues, wider trade gaps and deeper budget deficits can be expected.