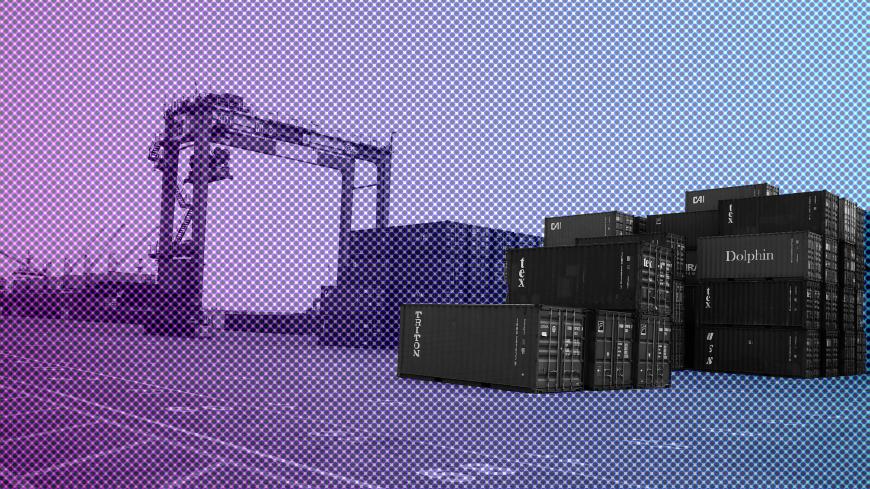 TEHRAN, Iran — Economic growth is generally generated by four sources: increasing private consumption, expanding private investment, higher government consumption and investment, and more exports. At present, when it comes to the first three, there is no potential for picked up economic output in Iran. Although efforts have been made to increase private investment, the data still show that Iran is faced with an outflow of capital. Hence, the only option for the Iranian government to pursue sustainable economic growth is to elevate exports. In this vein, economists believe that if exports rise, production will also follow suit. This, in turn, will boost employment, which has long been a key challenge for successive Iranian administrations.

Mindful of the above, it should be borne in mind that the products any country usually makes are for two purposes: first for domestic consumption and second for exports. Various figures show that domestic consumption is not likely to experience an uptick due to lower disposable incomes of ordinary Iranians. Consequently, in such circumstances, the country should proceed toward exports and, in particular, non-oil exports, namely goods and services.

As stated, there are two fundamental reasons why President Hassan Rouhani’s economic team should raise exports to tackle rising unemployment in the country. Having said that, Islamic Republic of Iran Customs Administration (IRICA) reports show that the country's trade balance surplus, which stood at about $246 million in the previous Iranian calendar year ending March 20, alarmingly reversed its course in the two consecutive quarters in the current Iranian year starting March 21. This year, imports have increased dramatically while non-oil exports have been dropping.

The high volume of oil and gas, petrochemicals and minerals, and the existence of only one main agricultural export commodity (pistachio) is a revealing testimony of the continuation of the production policy of low value-added and crude exports in Iranian industry. It is worth noting that the value of each ton of exported goods in the previous Iranian year was just about $339 per ton on average. Whereas this was $1,308 per ton for imported goods in the same corresponding period, a bit less than fourfold of the exports value. While there are a vast number of countries with diverse needs and preferences, Iran’s exports are worryingly confined to just a handful of them — majorly, China, the United Arab Emirates, Iraq, Turkey and Korea. These trade partners purchase about 81% of Iran's total commodity exports. This trend is indicative of the vulnerability of the nation’s exports to a limited number of countries, since possible diplomatic standoffs with any of these countries can enormously jeopardize Iran’s exports to them.

Also, the composition of non-oil export items should be defined in a manner that it precludes gas condensate and petrochemicals that generally have an oil base. Relying on figures taking into account these two types of goods cannot provide a clear notion of foreign trade. According to the Trade Promotion Organization of Iran, a significant portion of Iran's non-oil exports is products such as petrochemicals, bitumen, gas condensate and the like. But what is called non-oil exports is not indeed categorized as such. While IRICA has placed natural gas and condensates in the non-oil trade list, they are all part of oil exports in the World Trade Organization’s (WTO) definition of oil and gas products.

Interestingly, there are differences in the actual number of statistics. For example, the statistical data of WTO, IRICA and the Central Bank of Iran (CBI) point to differing figures regarding non-oil exports of the country in 2015-16. This is due to different interpretations of the term oil and non-oil export segmentation. For instance, if the WTO’s definition is applied, then $7 billion in fuel exports would be eliminated from non-oil exports outright and consequently the 2015-16 trade balance would turn negative. As such, the positive trade balance is not only not compatible with the definitions of international organizations, but these statistics also differ significantly between the two domestic governmental agencies (IRICA and CBI).

Having said that, according to Mohammad Lahouti, the president of the Export Confederation of Iran, the country has failed to materialize its non-oil export goals. “A look at the country's statistics shows that [exports] have been registering a weaker performance than expected in order to achieve defined targets,” he said in an interview with the leading economic weekly Tejarat-e- Farda on Oct. 19, 2016. In Lahouti’s telling, while the annual growth rate of non-oil exports had long averaged 20%, this figure was only about 5% under Rouhani’s first administration (2013-17).

Additionally, the government is currently aiming to fill the vacuum of exports decline by reducing imports in a move to keep in check the negative trade balance, albeit with abnormal practices. It is notable that IRICA has recently issued an order to reduce imports and restrict importation of certain items, including cars, to make up for the negative trade balance in the current Iranian year. Primarily hurting Iranian consumers and handily giving way to smuggling and the expansion of an informal economy are the only end results of such impulsive decisions without properly leading to any concrete solution. Even though the amount of smuggling dropped from $15.5 billion in 2015-16 to $12-$13 billion in 2016-17, this roughly constituted up to 30% of imports in the previous Iranian year. Indeed, had these items been imported via formal border crossings, then the government would have no positive trade balance to boast.

“Most countries in the world change import tariff rates as high as 1-2%. While in Iran there were decrees that hiked import tariffs by astonishingly several thousand percent, even when there were periods when the currency rate remained unchanged,” said Mahmoud Beheshtian, a consultant to the Chief Customs Officer of Iran, with a history of four decades working at IRICA, in an interview with Tejarat-e Farda on Sept. 23. He said, “Frequent requests from different organizations or parliamentarians, currency issues and legislation such as the budget laws are obstacles that do not allow tariff rates to remain constant for several years.” Regrettably, the implication is that current priorities are not based on the realities of the Iranian economy, while more often than not, business favoritism continues to undermine the overall economy.

All in all, decreasing the country's dependence on oil revenues would increase the chances of non-oil exports expansion in the long term. As a result, expanding the competitive environment of the Iranian economy in parallel with widening international exchanges with foreign parties are primary prerequisites to reinforce the country's non-oil exports. By doing so, economic output growth will help solve the unemployment dilemma, which is on the verge of a major crisis in Iran.