An official did not reveal any further details on the incidents, Reuters reported. Iran was rocked by a series of mysterious explosions and fires over the summer. 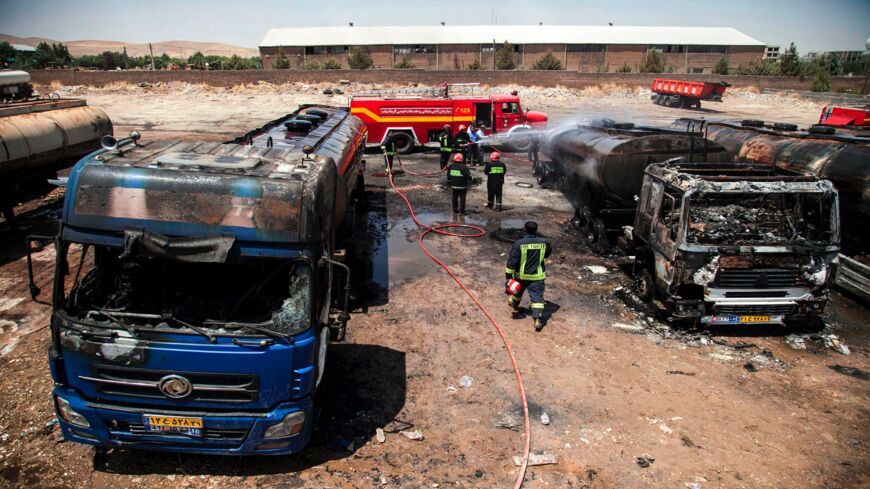 Firefighters extinguish fuel tankers at a lorry park near Iran's western city of Kermanshah on July 28, 2020. The incident is the latest in a string of explosions and fires at military and civilian sites across Iran in recent weeks. - FARZAD MENATI/TASNIM NEWS/AFP via Getty Images

An Iranian official said that hackers attacked two government institutions this week, but details are scant.

The attacks took place on Monday and Tuesday, and some government bodies temporarily shut down their internet as a precaution, Reuters reported on Thursday.

Speaking to state television, Abolghasem Sadeghi of the government’s Information Technology Organization did not provide details on the targets or the hackers. He did describe the attacks as “large scale,” according to Reuters.

There was a series of mysterious explosions and fires in Iran over the summer, including at military facilities. In September, Iran said it found the people responsible for the July explosion at the Natanz nuclear facility, but the government did not say who they are.

The New York Times reported that an unnamed Middle Eastern intelligence official said Israel planted a bomb at Natanz at the time.

Israel and Iran are suspected of carrying out cyberattacks against each other. Iran has also blamed the United States for such incidents.