A top adviser to Iran’s supreme leader has called on Turkey to help resolve the conflict between Azerbaijan and Armenia rather than "add fuel to the fire." 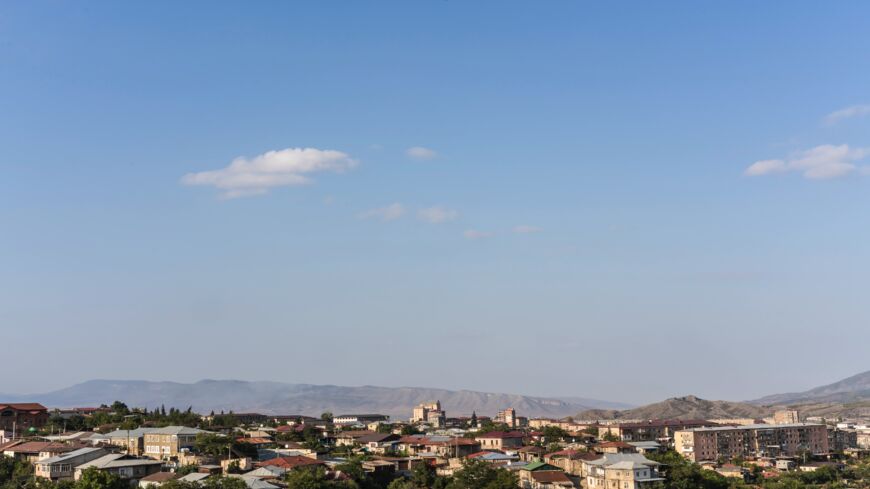 A view of the city from the main hospital on Sept. 29, 2020, in Stepanakert, Nagorno-Karabakh. Heavy fighting has taken place since Sunday morning in the territory, with both sides reporting military and civilian casualties in perhaps the worst violence since 2016. Since signing a cease-fire in a war with Azerbaijan in 1994, Nagorno-Karabakh, officially part of Azerbaijan, has functioned as a self-declared independent republic and de facto part of Armenia, with hostilities along the line of contact between Nagorno-Karabakh and Azerbaijan occasionally flaring up and causing casualties. - Brendan Hoffman/Getty Images

With no immediate end in sight to the deadly war between Azerbaijan and Armenia in the disputed Nagorno-Karabakh, neighboring Iran is increasingly concerned over insecurity near borders it shares with the two warring sides.

Ali Akbar Velayati, the international affairs adviser to Supreme Leader Ayatollah Ali Khamenei, has specifically questioned Turkey’s role in the conflict and its siding with Azerbaijan. In an interview with ultra-conservative newspaper Kayhan, Velayati expressed surprise at Ankara’s “insistence” on “the protraction of this war.” Velayati urged the “friendly neighbor,” Turkey, to stop “adding fuel to the fire” and push for a peaceful end to the flare-ups.

Despite holding close bilateral relations, Turkey and Iran are at odds over a host of regional issues, most notably the war in Syria. Tehran has for long accused Turkey of funding and arming militants against its ally, President Bashar al-Assad, in Damascus. In his interview, Khamenei’s aide touched on reports about the Turkish government’s alleged dispatch of militants from Syria to fight alongside Azeri soldiers. “We hope those reports are not true,” he said, warning that states supporting those militias will be “responsible” for any further regional insecurity.

Velayati, who was also the Islamic Republic’s foreign minister for 16 years, urged the Armenian side to respect international borders set by the United Nations and leave “the Azeri territories” it has occupied. “Here, too, we hold the same anti-conception view that we maintain for the Palestinian territories usurped by the Zionist regime (Israel).”

Tehran’s official line in the Nagorno-Karabakh conflict has been one of impartiality and a call for negotiated solutions. A few days into the start of the clashes, however, videos went viral showing military equipment allegedly being sent from Iran’s northwest to Armenian soldiers. Iranian officials have dismissed the claims.

Those reports, placed next to the Islamic Republic’s yearslong unease for Baku’s friendly relations with Tel Aviv, have given rise to speculations that Tehran is taking Yerevan’s side in the ongoing tensions. Iranian security forces have also cracked down on demonstrations led by members of the ethnic Azeri community, who have been out in recent days to express solidarity with the Azeri military.

Iran’s worries about the situation in Nagorno-Karabakh have particularly intensified after at least 20 stray mortar shells landed on several of its northeastern villages close to the battle zone. “Our patience has a limit,” Khamenei’s adviser noted, adding, “We will stand firmly against such insecurity.”

A similar but harsher warning was issued by Defense Minister Amir Hatami, who called “unacceptable” any “mistaken fire” toward Iranian territory. “We have already told off the warring sides,” Hatami said. “And should this continue, we will take extra measures.” The Iranian general did not specify the nature of those measures.