The letter follows a similar one addressed to Sisi by 56 members of the US Congress on Monday. 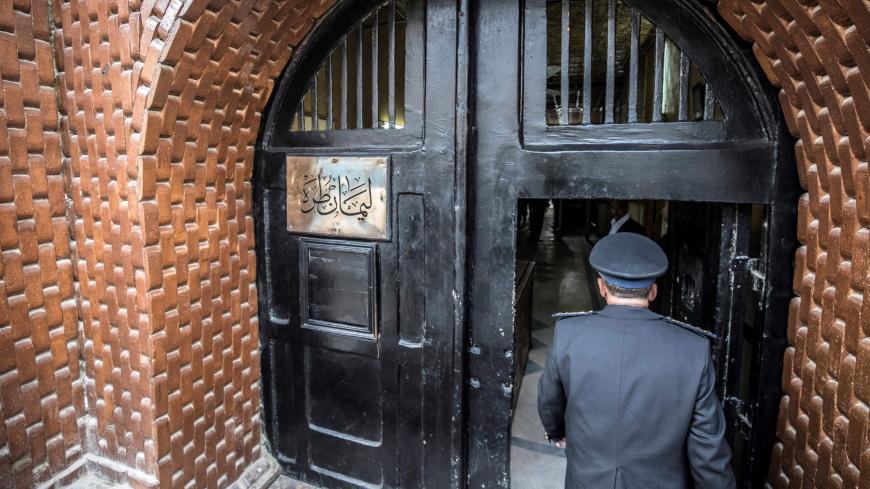 An Egyptian police officer enters the Tora prison in the Egyptian capital, Cairo, during a guided tour organized by Egypt's State Information Service on Feb. 11, 2020. A letter from EU lawmakers says Sanaa Seif, the sister of detained activist Alaa Abdel Fattah, was detained when she and her family attempted to make a formal complaint about an assault they suffered in front of the prison. - KHALED DESOUKI/AFP via Getty Images

More than 200 European Union parliamentarians have written a letter to Egyptian President Abdel Fattah al-Sisi urging the dictator to release prisoners of conscience.

“We note that these are but a few of the many prisoners of conscience held in Egyptian prison at risk to their lives,” read the letter, which was signed by 222 lawmakers from seven countries, including Italy, France, Germany and the Netherlands.

The letter specifically highlights the risks to prisoners during the COVID-19 pandemic.

“As European parliamentarians … we take this unfortunate occasion to point out that violations of human rights are neither necessary nor productive for establishing security and stability,” the letter read.

The message came two days after 56 members of the US Congress sent a similar letter urging Sisi to release political and human rights activists, lawyers and journalists.

“All those arrested and detained solely for exercising their rights, or lending legal assistance to others who have been arrested, should be released immediately,” said Ravina Shamdasani, spokesperson for the UN Office of the High Commissioner of Human Rights, in a statement.

Sisi ascended to the presidency in 2014, less than a year after he overthrew democratically elected President Mohammed Morsi of the Muslim Brotherhood in a July 2013 coup. Morsi has since died in prison after being convicted in 2015 on terrorism charges and unlawful detention of protesters.

Sisi’s government has led an unprecedented crackdown on all forms of political opposition and criticism, rounding up suspected Islamist and liberal political activists, human rights lawyers, journalists and even a rival presidential candidate during the 2018 national election, which Sisi won with 97% of the vote, according to the official count.

The UN human rights body and experts have increasingly called on Egypt to release political prisoners amid the coronavirus pandemic, citing reports of overcrowding in the country’s prisons.