The UN says at least three people have died in the fires that erupted last week in Latakia, Tartus and Homs provinces. 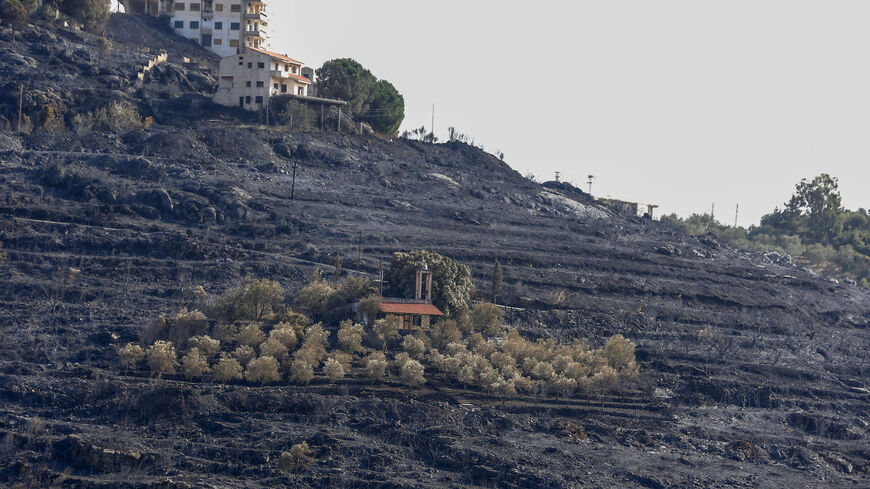 A picture taken on Oct. 11, 2020, shows a church in the middle of a scorched hillside due to forest fires in the countryside of the western Syrian city of Tartus. - LOUAI BESHARA/AFP via Getty Images

In a rare public appearance, Syrian President Bashar al-Assad inspected the destruction caused by the recent wildfires in the coastal province of Latakia, state media outlets reported on Tuesday.

Between Thursday and Sunday, at least 156 wildfires were reported in the coastal regions of Latakia and Tartus as well as the central Homs province, according to the UN Office for the Coordination of Humanitarian Affairs (OCHA). Three people had died before the blazes were contained on Sunday.

More than 70 people, mostly in Latakia, have been admitted to hospitals. As many as 25,000 residents may have been displaced and up to 140,000 impacted by the damage caused to their homes, agricultural land and access to hospitals and other government services, OCHA estimated.

As Assad’s ancestral home, Latakia is a political stronghold for the regime. When in the coastal Mediterranean province, Assad pledged the government’s support to residents affected by the fires, state-run news agency SANA reported on Tuesday.

"This is a national catastrophe … humanitarian, economic and environmental," Assad said. "The state will bear the largest burden in offering this support.”

Syria’s economy is in tatters, with the currency having lost nearly 80% of its value since the war broke out in 2011. Staggering war debts, financial turmoil in neighboring Lebanon and tough international sanctions have all factored into the country’s economic woes.

The recent crop fires will likely impact wheat production, dealing another blow to the estimated 9.3 million Syrians considered food insecure. War and drought had already almost halved wheat output, with the pre-war average of 4.1 million tons per year dropping to 2.2 million tons in 2019.