US B-52 bombers train with Morocco, Tunisia aircraft over Mediterranean

The destroyer USS Roosevelt simulated a hostile ship in a US show of force alongside the North African countries. 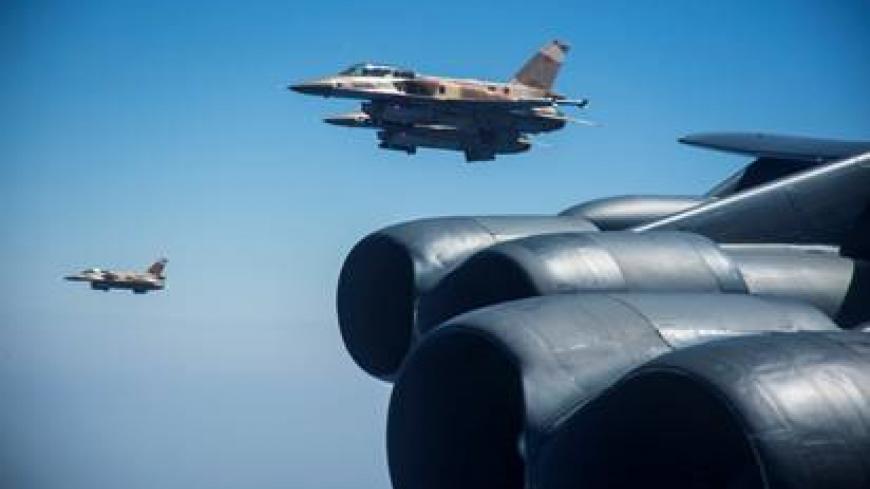 Two nuclear-capable US B-52 bombers flew alongside Moroccan F-16s and Tunisian F-5s over the Mediterranean this week in a joint military exercise intended to send a signal to Russia and China.

The two US Air Force B-52 Stratofortresses intercepted the destroyer USS Roosevelt in a war simulation Monday and Tuesday, the US Africa Command said in statements.

The exercise comes just two weeks after six US B-52s and aircraft from 20 allied nations flew over all NATO countries in a tour de force amid exacerbating tensions within the Western alliance.

The flights were part of US-led bomber task force missions initiated in 2018 as the Pentagon sought to turn attention away from hunting Islamist insurgencies around the world toward deterring powers such as Russia and China.

"Conducting these missions alongside our African partners shows the strategic reach of our joint force and our collective commitment to preventing malign influence in Africa," said Maj. Gen. Joel Tyler, AFRICOM's director of operations, in a statement Monday.

"These missions are another tangible way we demonstrate our commitments to our African partners," Tyler said.

There are fewer US troops in Africa than in other regional combatant command’s areas of responsibility. AFRICOM’s commander, Gen. Stephen Townsend, has sought to emphasize the continent’s importance to the Trump administration’s new strategic priorities.

Townsend appealed to Congress earlier this year, arguing that US military partnerships with African countries can help deter Russia and China from seeking to exploit local weapons markets and resources.

Townsend also warned that Russia’s military presence in Libya on the side of Gen. Khalifa Hifter could develop into a security risk for NATO. The commander’s testimony came amid Defense Secretary Mark Esper’s review of the distribution of US military assets around the world.

An AFRICOM spokesman told Al-Monitor that this week’s joint exercise with Morocco and Tunisia was not specifically in response to Russia’s presence in Libya, but that the Kremlin’s foothold — and China’s ostensible ambitions in Africa — remain a serious concern for Washington.

“North Africa is strategically located at the crossroads of the world. It watches over strategic chokepoints and sea lines of communication, including the Mediterranean Sea and the Strait of Gibraltar on NATO's southern flank,” US Air Force Col. Christopher Karns told Al-Monitor via email.

The move has been credited with helping to reverse Hifter’s offensive against Tripoli, but also appears to have prompted Russia to up its military support for Hifter, a process US officials have observed with growing concern.

In May, AFRICOM released aerial footage showing Russia had introduced more than a dozen Mig-29 and Su-24 fighter aircraft to Libya, apparently to offer Hifter’s side air cover as Tripoli’s forces threatened to capture the coastal city of Sirte and s central air base at al-Jufra.

Russia has also sent Pantsir mobile air defense systems to Libya, as well as at least one mobile radar. AFRICOM has not confirmed reports that a Russian S-300 long-range missile defense system has been spotted in Libya.

The Kremlin currently has one Mediterranean naval base at Tartus in Syria, where it propped up President Bashar al-Assad in his nearly decadelong war against a widespread armed revolution.

Though US officials have suggested Russia’s ambitions in Libya resemble its efforts in Syria, Gen. Kenneth “Frank” McKenzie, the head of the US Central Command, has expressed some doubt, calling the Kremlin’s interventions in the Mediterranean “opportunist.”

“Russia doesn’t have the economic resources to come into the region in the way that China does,” McKenzie said in June.

“I am not one of those people who thinks the Russians are master chess players and see four, five, six moves ahead,” he said.

Nonetheless, the US State Department has been pushing for a lasting cease-fire in Libya in hope that it could lead to stability that would allow foreign forces to eventually depart the conflict.

“If Russia secures a permanent position in Libya and deploys long-range missile systems, it will impact security for Europe, NATO and many Western nations,” Karns told Al-Monitor today.

“The exercises also demonstrate our partnerships and commitment remain strong in Africa. If Russia and China notice, that's not a bad thing,” Karns wrote.