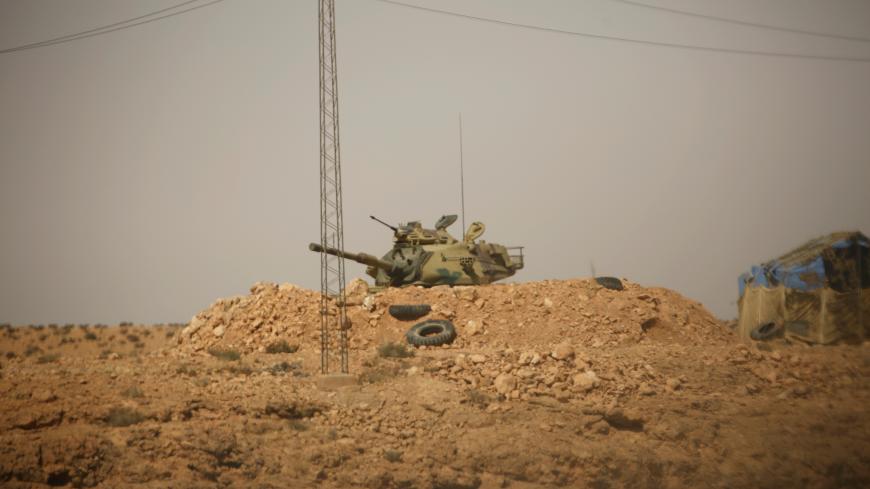 A Tunisian security forces tank is seen through a car window at Dhiba by the Tunisian and Libyan border crossing, Tunisia April 11, 2016. - Reuters/Zorha Bensemra

The top US military commander for operations in Africa suggested sending US Army trainers to Tunisia in light of Russia’s military involvement in neighboring Libya’s civil war.

“As Russia continues to fan the flames of the Libyan conflict, regional security in North Africa is a heightened concern,” AFRICOM commander US Army Gen. Stephen Townsend said in a press release May 29.

“We’re looking at new ways to address mutual security concerns with Tunisia, including the use of our Security Force Assistance Brigade.” The command later clarified that the unit does not include combat forces.

AFRICOM issued the statement after Townsend spoke on the phone with Tunisian Defense Minister Imad Hazgui on Thursday.

The Trump administration has been seeking to free up US military assets around the world to focus on countering strategic ambitions by China and Russia.

With his command’s priorities under review by Defense Secretary Mark Esper in January, Townsend appealed to Congress, advocating stronger US military partnerships with African governments as a way to counter foreign influence on the continent.

“I believe Africa offers America a competitive edge over Russia and China, and we should take advantage of it,” Townsend told the Senate Armed Services Committee in January.

China maintains a military base in Djibouti, and Russia has reportedly sent Wagner Group mercenaries to Libya, Sudan, Mozambique and the Central African Republic.

“Russia is executing the same playbook as it successfully employed in Crimea, Ukraine and to a lesser extent in Syria,” AFRICOM’s deputy director for intelligence Brig. Gen. Gregory Hadfield told reporters during a conference call on May 29.

Tunisia’s military has been tasked with securing the country’s eastern border with war-torn Libya and combatting al-Qaeda-affiliated groups and Islamic State fighters in the country’s western mountains near Algeria.

“We know many of our African partners are under siege from malign actors and terrorist networks,” Townsend said, adding, “We also know we can’t surge trust.”

The US Army’s 1st Security Force Assistance Brigade (SFAB) deployed to Senegal in March at Esper’s direction, after he previously said he was considering bringing home some of the roughly 6,000 US troops then in Africa.

The army established its first SFAB in 2017 in order to free up brigade combat teams from training foreign military forces.