The United Arab Emirates seeks to become the fourth country in the world to land on the lunar surface, its leader announced today. 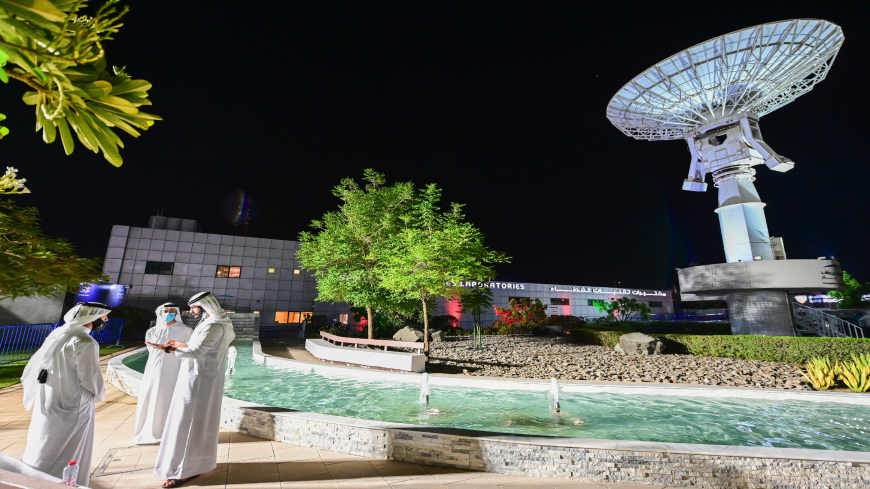 Emirati men are pictured at the Mohammed Bin Rashid Space Centre in Dubai on July 19, 2020. - GIUSEPPE CACACE/AFP via Getty Images

The United Arab Emirates announced on Tuesday it will send a space exploration vehicle to the moon. The wealthy Gulf nation already has a probe en route to Mars and is working to boost its technological advancement.

The lunar rover will launch in 2024 and gather images and data from unexplored parts of the moon, UAE Prime Minister Sheikh Mohammed bin Rashid Al Maktoum said in a tweet on Tuesday. The rover will be the first from an Arab majority state and will be made and developed by Emirati engineers, according to the prime minister.

The UAE is a leader in the Middle East in space exploration, and its government prioritizes technology. In July, the Emirates’ Mars probe Hope launched. It was the first mission to Mars by an Arab country.

The lunar rover is named Rashid after Maktoum’s late father, Rashid bin Saeed Al Maktoum, who was also prime minister. Rashid aims to land on the moon's surface — a feat only accomplished by the United States, the former Soviet Union and China. The rover will study the surface, thermal properties and dust particles on the moon, among other subjects, the state-run Emirates News Agency reported.