Hundreds of Syrians try to cross every day to Turkey, whose borders are now closed, making them take illegal smuggling routes; dozens have been subjected to inhuman treatment by the Turkish border guards. 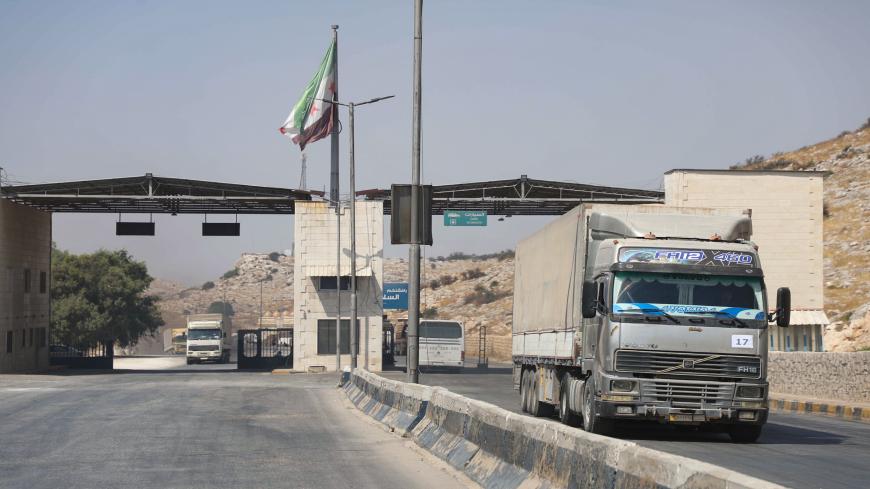 Turkey closed its borders in November 2015 to the influx of Syrians fleeing the civil war and the forced displacement forced upon them by the Syrian regime. Others have fled the poor living conditions and services in the opposition-held areas — be it in Idlib, under the control of Hayat Tahrir al-Sham or in the Euphrates Shield and Olive Branch areas under the control of Turkish-backed rebels.

Some fleeing Syrians pass through Turkey as a transit route to Europe, but most of them settle in Turkey in order to work and earn a living.

Despite Turkey tightening its borders with Syria, dozens of Syrians still attempt to illegally cross every day, most of whom are arrested by the Turkish border guards (Gendarmerie); the majority of them are beaten and sometimes killed, or imprisoned and suffer all kinds of humiliation. The United Nations Human Rights published its biannual report on Syria documenting abuses allegdely carried out by Turkey and Sunni-backed groups engaging in human rights violations.

Amin Mohammed, 23, from the southern countryside of Aleppo, who was shot by a Gendarmerie sniper a year ago, told Al-Monitor, “After the Syrian army took control of my village in the southern countryside of Aleppo, I moved with my family to the Deir Hassan area near the Turkish border in Idlib countryside since it was far from the bombing of the Syrian regime army. I was the breadwinner in my family and we had no land or livestock left for us to live on, so I decided to go to Turkey to work and support my family. When I reached the border wall between Syria and Turkey and tried to cross it, I was shot near my rib cage. The bullet did not go all the way in, and I had to return to Syrian territory bleeding.”

Despite this, Mohammed again tried to cross into Turkey on several occasions, and finally managed to settle there.

Khaled al-Ahmed, 41, told Al-Monitor, “I tried to reach Turkey with a group of young Syrians [in December 2019], but before we could cross the barbed wire, we were arrested by the Gendarmerie, and they started beating us with rods on our faces and bodies. We do not speak Turkish, but we cried and begged in vain. They then started severely beating me with gunstocks, scarring my head. I was bleeding and they were laughing. They made me clean up the place and their dormitories, despite the state I was in. They then sent me back to Syria, and I immediately went to the hospital to seek treatment for my cuts and bruises.”

Ahmed is now living in Harem city in Idlib, near the border with Turkey.

In this context, Housamedden Darwish, a Syrian researcher at Leipzig University, residing in Germany, told Al-Monitor, “This treatment reflects the policy of the Turkish government in general and its disregard for the lives and dignity of Syrians, and its willingness to abandon the most basic principles of international law and human rights, whenever it needs to. This treatment further reflects the state of resentment some Turks have toward the Syrians. In any case, Syrians are treated this way because Turkish politics and laws allow this, or turn a blind eye to it, or even out of deliberate negligence.”

He added, “I believe that this shift [the border closure] took place after the Turkish government found that it is in its interest to stop receiving more Syrian refugees, and this happened during its negotiations with the European Union, when Turkey signed an agreement [in March 2016] obligating it not to allow Syrian refugees to cross into Greece. This decision came after Turkish popular and partisan tension escalated due to the large numbers of Syrian refugees in Turkish lands.”

Turkey is currently hosting around 3.6 million refugees, according to the latest data by the United Nations refugee agency, UNHCR.

Darwish noted, “I think that most Arab media outlets either exaggerate the news about the [Turkish abuses — referring to the Saudi, Emirati and Egyptian media], or try to ignore them or underestimate the extent of their negative aspects [in reference to the Qatari and Qatari-supported media] or even ignore them altogether because they are indifferent to them in general.”

He added that Turkey treats the Syrians better than the Arab countries that have completely closed their doors to the Syrians. According to him, this is especially true if you compare the conditions in which Syrians in Turkey live to those living in Arab countries neighboring Syria, and Lebanon in particular.

Darwish stressed that the EU’s priority is for Turkey to guard its borders with it and not allow the displaced Syrians residing in or coming to Turkey to cross those borders. But one should not deny that the EU pays Turkey billions of euros to do so and to spend it on refugees residing in its territory.

In March 2016, the EU and Turkey signed an agreement on the refugees, according to which Ankara would prevent refugees in its territory from heading to the Greek islands. In return, the EU has allocated to Turkey 6 billion euros (about $7.1 billion) disbursed until 2018 to improve the conditions of refugees present in its lands.

Ahmet Velioglu, a freelance journalist specialized in Turkish affairs and residing in Turkey, told Al-Monitor, “The Gendarmerie’s treatment of Syrians on the borders with Syria is similar to its behavior on the Iranian, Iraqi and Greek borders,” in reference to measures taken by Turkey to protect all its borders by preventing any illegal crossing into its territory.

He added, “It is not logical that a country like Turkey is accused of killing and torture while it hosts over 3 million Syrians. Talking about killings and torture as if it were systematic, as the Syrian regime does with the Syrians, is a baseless statement. That being said, there are, indeed, some individual violations and certain cases of transgressions, and the perpetrators are held accountable.”

Velioglu pointed out that any mistake that occurs in Turkey is investigated in-depth, and that neutral media is almost missing in the media arena. Thus, the fact that some organizations accuse Turkey of these transgressions is considered natural, he said, in reference to Human Rights Watch (HRW).

HRW has, in a series of reports, repeatedly criticized the behavior of the Gendarmerie toward the Syrians fleeing to Turkey.

According to a Sept. 3 report by the Violations Documentation Center in northern Syria, the number of Syrians killed by bullets from Turkish soldiers this year has reached 452, including 85 children under the age of 18 and 58 women. The number of injuries from a gunshot or assault reached 440 refugees who were trying to cross the borders to escape the war raging in Syria, the report added.