Amy Coney Barrett was part of a legal team that represented the National Council of Resistance of Iran, which had previously been designated by the United States as a terrorist organization. 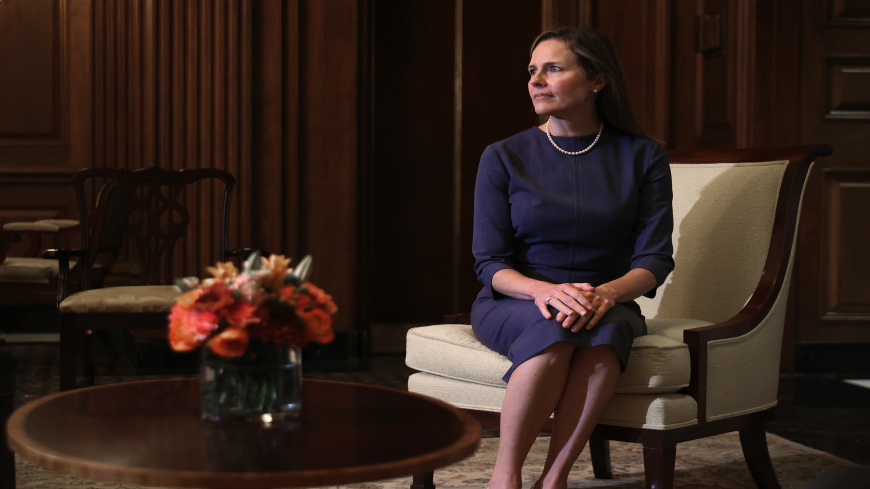 US President Donald Trump’s appointee to the Supreme Court once represented an Iranian dissident group in its appeal to have the US government review its designation as a terrorist group.

Judge Amy Coney Barrett was nominated by Trump to fill the late Ruth Bader Ginsburg’s seat. As per the confirmation process, Barrett submitted responses to a questionnaire from the Senate Committee on the Judiciary on Tuesday.

The documents show that from 2000 to 2001, Barrett was part of a team that represented the National Council of Resistance of Iran. The council was seeking a review of its then designation as a “foreign terrorist organization” by the US government.

The National Council of Resistance of Iran is an alliance of Iranian organizations that seeks to overthrow the Islamic Republic. Mujaheddin-e Khalq (MEK) is the main group in the council. The United States considered the council and MEK terrorist groups for many years but removed the designations in 2012. Since then, prominent American critics of the Iranian government have warmed up to MEK.

Barrett represented the National Council of Resistance of Iran’s US office in a case against the State Department. The council argued that their due process was violated with the terrorist designation. A court in Washington agreed with this and ordered the secretary of state to hold further proceedings, according to the Senate documents.

MEK is controversial and is disliked by both supporters and critics of the Iranian government. MEK soldiers fought alongside Saddam Hussein during the Iran-Iraq War, which hurt their image among many Iranians. The group is often described as a cult.

Barrett said she did not play a leading role in the case.

“I assisted with legal research and briefing,” she wrote to the Senate.

The leading attorney for Barrett’s team, Martin Minsker, is retired and could not be reached via his old firm. Another lawyer on the team did not respond to Al-Monitor’s request for comment.

Senate hearings on Barrett's nomination to the Supreme Court will be in October in the Republican-controlled Senate.