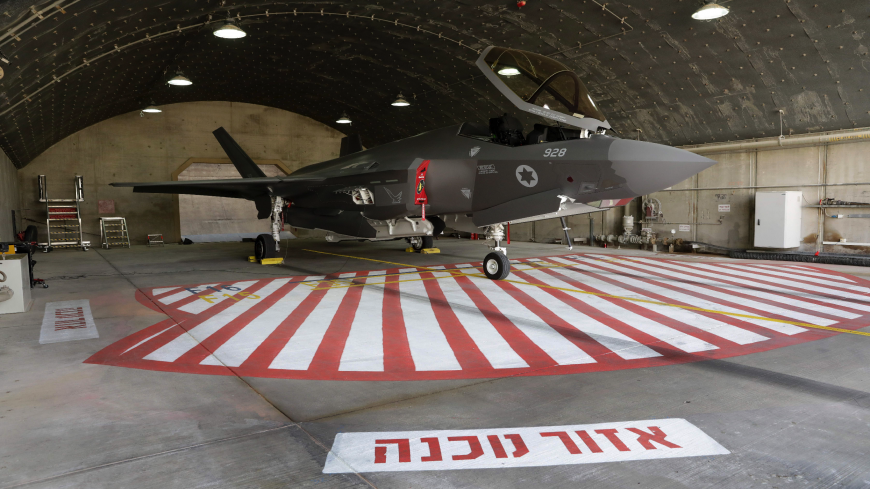 An Israeli F-35 fighter jet is seen in a hangar during the Blue Flag multinational aerial exercise at the Ovda air force base, north of the Israeli city of Eilat, on Nov. 11, 2019. - EMMANUEL DUNAND/AFP via Getty Images

Menendez, of New Jersey, questioned US Secretary of Political Affairs David Hale extensively on the reported sale at a Senate hearing on Wednesday.

"It doesn’t take a rocket scientist to figure out that if Israel’s the only country in the Middle East that has F-35s, then selling it to someone else no longer produces that qualitative military edge,” said Menendez.

The Donald Trump administration is reportedly working on the sale of F-35 aircraft to the UAE.

The UAE and Israel signed an agreement to normalize relations this month. However, Israeli officials are concerned that the Gulf country obtaining the sophisticated military planes would undermine Israel’s military superiority in the Middle East.

The United States has a legal commitment to preserve the Jewish state’s qualitative military edge in the region. US officials are working to reassure Israel that they remain committed to the military edge.

Congress has the authority to review US arms sales to foreign countries. When asked about an update on the planned sale, Hale said that the United States is still early on in the process.

“We are not at a point now where we have something to bring to the Senate, but we understand fully our obligations to notify Congress,” said Hale during the hearing.

Hale did not precisely confirm that the administration is considering selling F-35s to the Emirates.

“We’re having consultations about their security needs and what would it take in order to improve their security,” he said when asked by Menendez about F-35s specifically.

Hale said he is not aware of a formal request by the UAE for the planes but he would keep the Senate updated on the issue.

Israel is the only country in the Middle East with F-35s.

“I don’t see how anybody could reasonably assert that a sale of F35 aircraft will in fact not reduce Israel’s qualitative military edge based on the simple fact that Israel is the only country throughout the Middle East that has that aircraft,” said the senator.

When asked about how the government will deal with US law pertaining to Israel’s qualitative military edge, Hale said the State Department and Pentagon have a process in place to ensure this. He also spoke of the importance of what US allies in the Gulf need in terms of military hardware.

Israel’s Minister of Defense Benny Gantz visited Washington on Tuesday. His talks with US Secretary of Defense Mark Esper focused on US sanctions on Iran and Israel’s military advantage in light of the possible F-35 sale. An Israeli defense official told Al-Monitor the F-35 proposal serves to ease concerns Gulf states have about their ability to defend themselves against Iran.