Nazanin Zaghari-Ratcliffe, who was convicted of plotting to overthrow the Iranian government, has been notified of "a new indictment." 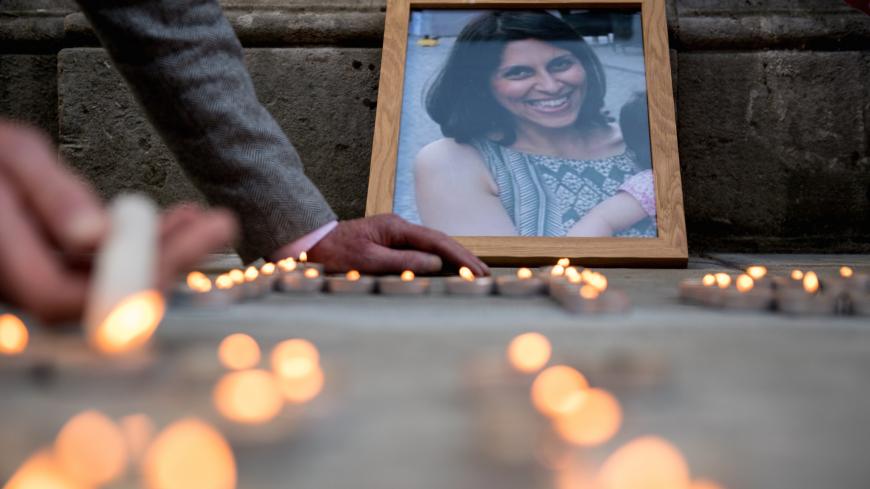 A photo of Nazanin Zaghari-Ratcliffe is seen among candles during a fourth birthday vigil for her daughter Gabriella opposite the Foreign & Commonwealth Office, King Charles Street, London, SW1A on June 11, 2018, in London, England. - Chris J Ratcliffe/Getty Images

"The 15th chamber of the Islamic Revolutionary Court summoned Nazanin Zaghari this morning with her lawyer … to notify them of a new indictment," read a local news report citing an “informed source.” The report did not specify what Zaghari-Ratcliffe was being charged with.

On Tuesday, British lawmaker Tulip Siddiq said she was in touch with Zaghari-Ratcliffe and confirmed that her constituent will face another trial on Sunday.

“I know many people are concerned about her welfare and I'll keep everyone updated when we have more information,” Siddiq tweeted, describing "a fast moving situation."

Zaghari-Ratcliffe was arrested at Tehran’s airport in April 2016 and was later sentenced to five years in prison for allegedly plotting to topple the government. Zaghari-Ratcliffe, who worked as a project manager with the Thomson Reuters Foundation, denies the charges and says she was visiting the country with her young daughter to see her family.

“If confirmed, this would be our worst fears come true,” Kate Allen, Amnesty International UK’s director, said of the reports Zaghari-Ratcliffe will face a new charge.

“Having failed for the past four-and-a-half years to secure her freedom, ministers now need to step up efforts to ensure Nazanin’s full and unconditional release.”

Zaghari-Ratcliffe and tens of thousands of other detainees were released temporarily in March over concerns the coronavirus could spread through Iran’s crowded prisons. She’s since been confined to her parents’ home in Tehran with an ankle bracelet limiting her movement.

Media reports have linked her detention to a decades-old debt owed by the United Kingdom over Chieftain tanks that were paid up front by the former shah, Mohammad Reza Pahlavi. When he was overthrown in 1979, Britain cancelled the sale and held on to the money.

Last week, The Guardian reported that UK Defense Minister Ben Wallace was "actively" looking for ways to repay the debt in an effort to free Zaghari-Ratcliffe and other dual citizens.