As the region witnesses a wave of normalization with Israel, Iraqi Jews demand restoration of their citizenship. 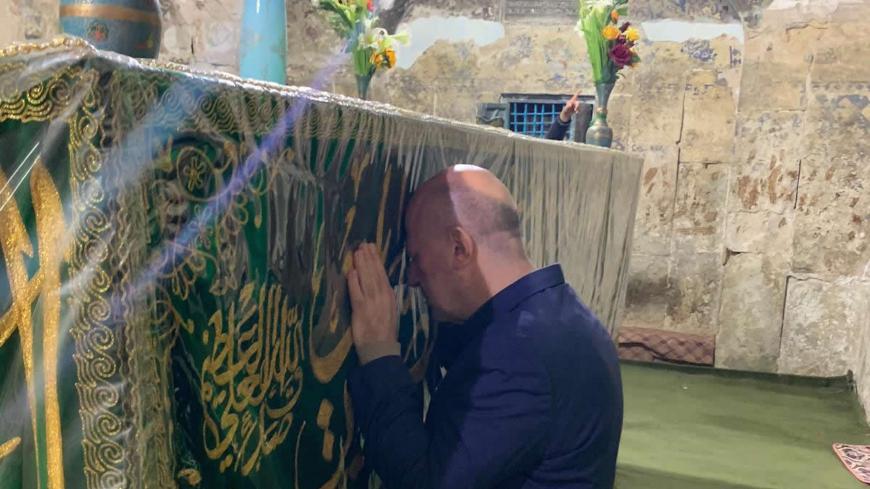 As the region is witnessing a new wave of normalization with Israel, Iraqi Jews are seeking an opportunity to visit their homeland, Iraq, just as Israelis are now able to visit the United Arab Emirates.

“Yesterday we celebrated the first flight from Tel Aviv to Abu Dhabi,” Linda Menuhin Abdul Aziz said in a video posted on her Facebook page. “We are passionately waiting for the time that we can fly from Tel Aviv to Baghdad and we welcome you as well here in Israel.” Linda is an Iraqi Jewish political analyst who left Iraq in 1971 after her father went missing.

Almost 70 years after stripping them from their nationality and forcibly expelling them from their homeland, Iraqi Jews still have not forgotten Iraq and they do not miss an opportunity in raising their demands for the restoration of their Iraqi citizenship.

“On the eve of your meetings with the US administration in Washington, please allow me to put before you this appeal, with the sincere hope that you will take a courageous stand to ensure justice is served for the Iraqi Jewish community, which has suffered decades of ostracism and exclusion,” Edwin Shuker, vice president of the board of deputies of British Jews and former vice president of the European Jewish Congress, wrote in a letter Aug. 19 addressed to Iraqi Prime Minister Mustafa al-Kadhimi.

The Iraqi Jewish community numbered about 150,000 in 1947, a year before the establishment of the State of Israel. A census taken in the early part of the 20th century concluded that 40% of the total population of the capital Baghdad was Jewish.

Stripped of their nationality and forcibly deported, the only option for the vast majority of Iraqi Jews was immigrating to Israel.

Today, Jews of Iraqi origin in Israel — also known as Bavlim (Hebrew for Babylonians) — now number close to half a million. A small number of them had the opportunity to settle in Europe and North America. Shuker is among those few. His family stayed in Iraq until the summer of 1971 and were later granted asylum in the United Kingdom, where they have been living ever since.

“We feel the time has come to put a stop to the policy of exclusion based on race or religion,” Shuker told Kadhimi in his letter.

Shuker visited Iraq several times and he went to Baghdad, Mosul and even the holy Shiite city of Najaf. He visited several Jewish holy sites in different parts of Iraq, from the north to the far south. He produced a film called "Remember Baghdad" on Iraq's last Jews telling the story of their homeland Iraq.

Al-Monitor asked Shuker about the intention behind demanding his citizenship back. “I was born in Baghdad on July 23, 1955, to Iraqi parents and my ancestors have been living on this land since 586 B.C.,” he said. “My right for nationality is guaranteed by the Iraqi Constitution.”

After the removal of the Baath party in Iraq in 2003, Iraq's Nationality Law was amended in 2006. The new law provides the right to restore nationality for Iraqis who had lost theirs as a result of political, racial or sectarian factors. But Article 17/II of this law expressly excludes Jews and only Jews from pursuing this option.

“Iraq cannot begin to build a civil society with rights to its citizens until it reconciles with the injustice committed against many of its components including the Jews,” Shuker said. “It is time to start this process.”

Menuhin believes that demanding the right to citizenship is “a moral matter” for Jews. They are not thinking of returning to Iraq, especially in these critical circumstances, but they would like to keep the connection.

“Jews were excluded from returning to Iraq, even though they were the original inhabitants of Mesopotamia and carry a history of 2,600 years,” she said. “They contributed to building Iraq in all periods — especially in the modern era.”

Israel opened a virtual embassy in Iraq in 2018, which has attracted thousands of Iraqis on Facebook.

“Restoration of citizenship for Iraqi Jews contributes to implanting cultural pluralism in Iraq and promote justice,” Menuhin noted. “For the above reason, Iraqi civil society actually is pushing toward this goal much more than the Iraqi Jews themselves.”

In the same vein, Shuker told Kadhimi, “The opportunity is there for Your Excellency to reverse the policy of exclusion and begin an era of building bridges, ending past injustices and connecting with Iraqis in the diaspora who would welcome the opportunity to help rebuild the country with their skills.”

Kadhimi has been talking about turning Iraq from a battleground into a place of peace and cooperation, highlighting this goal frequently.

Despite all the sufferings of the Iraqi Jewish community during their painful journey from Iraq to Israel and elsewhere, many of them managed to preserve the Arabic language and Iraqi culture.

“Iraqi Jews still have a strong sense of belonging to the country in which they and their parents and grandparents were born,” David Basson, an Iraqi Jewish writer, told Al-Monitor. “We are an extinct generation, so our children and grandchildren have no relationship with Iraq. We try to remind them that we are from the roots of Iraq and without Babylon there would have been no Jewish people or a Jewish religion.”

Shuker and Menuhin explain that there is no political agenda behind the demands to regain their citizenship.

“For me Iraq is my roots, my heritage and my identity, as I am a descendant of a people who lived continuously in Mesopotamia for over 2,600 years,” Shuker noted. “I want to be able to pass on this lineage and this legacy to my children because it is their right and it is their DNA.”

Iraqi Jews simply want to keep their connection with their cultural roots, according to Menuhin, who believes that there are many benefits for Iraq as well in restoring the Jewish citizenship.

Iraqi Jews have been a powerful community in Iraq in the fields of economy, education and technology, and so they can participate in Iraq’s reconstruction. Moreover, there are many religious sites and historical attractions that can make Iraq a most desirable destination for religious and cultural tourism.

“The historic and cultural heritage should be preserved and cherished as a symbol of the glorious civilizations that graced this land and is the very identity of Mesopotamia,” Shuker told Kadhimi in his letter. “Since 2003, the millennial religious heritage of the Jews of Iraq and their properties have been systematically stolen and plundered. The shrine of the Prophet Ezekiel in Al-Kifl being a prime example of cultural expropriation.”

Shuker told Al-Monitor that Jews should be able to visit the shrines of their prophets, their cemeteries and their historical landmarks regardless of the status of the relationship between Iraq and Israel.

“A political dispute  should not have become a religious one,” he concluded.