Many activists have spoken out against the execution of wrestler Navid Afkari. 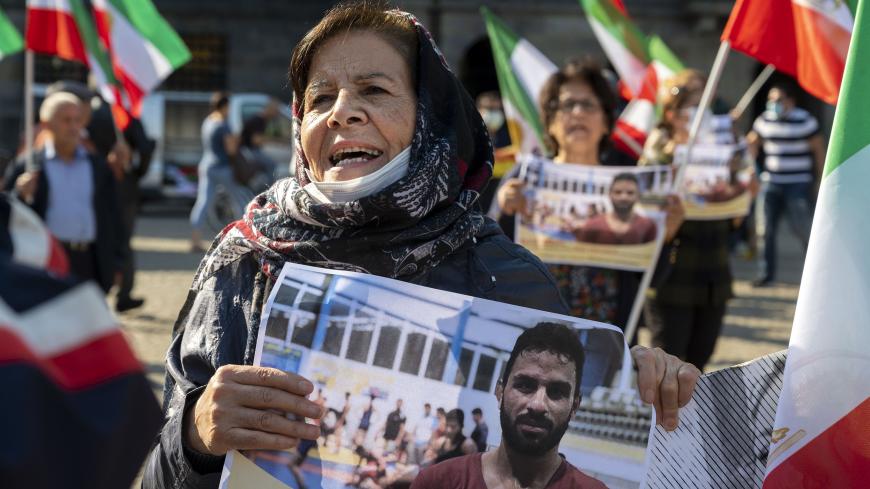 A woman holds a portrait of Iranian wrestler Navid Afkari during a demonstration on the Dam Square in Amsterdam, the Netherlands, on September 13, 2020, against his execution in the southern Iranian city of Shiraz. - EVERT ELZINGA/ANP/AFP via Getty Images

Iranian activists have condemned the Islamic Republic of Iran for the execution of Navid Afkari, who was recently sentenced to death for the killing of a government official.

Afkari’s mother released a video shortly after his sentence saying that Afkari and his two brothers, who also received long sentences, were tortured into confessions during their imprisonment. Afkari had also released audio shortly before his execution proclaiming his innocence. According to the family, evidence was not given in the court case pointing to their guilt in the murder. They also claim they were not allowed to show evidence of their innocence, especially phone records that would put them at another location when the murder happened.

After Afkari was executed, his family was forced to bury him at night in a rushed funeral ceremony. The video released of the funeral described the atmosphere as “securitized.”

Iranian officials in the judiciary have issued conflicting reports about the individual Afkari was accused of killing. Earlier reports suggested the victim was a security official who many believed was killed during widespread protests in the country. Later media reports suggested the victim was a security official with the water department. Afkari was executed in accordance with the verdict "ghesas," or retribution in kind. It was rumored that just before the execution, Iranian activists were on their way to visit the family of the victim to get their consent to stop the execution.

The quick turnaround between sentence and execution had surprised many Iran observers, especially given the international coverage the case has received. Iranian activist Mostafah Tajzadeh, who addressed the head of the judiciary Ebrahim Raisi in a tweet, wrote, “Can you explain the rush to execute Navid Afkari, and why were the relatives of the victim not given a chance to seek the consent of the family so that the blood of another is not spilled?” Under ghesas, the family can give their consent to not have the sentenced individual executed. Mahmoud Sadeghi, former Iranian parliamentarian, tweeted that he had been aware of Afkari’s case and had been seeking to contact officials involved in the case to have his punishment reduced.

Given the highly sensitive nature of the case, many Iranian newspapers did not cover the issue, and news websites published only the statements of the judiciary officials regarding the case.

The execution was condemned by many Iranians in exile, including Reza Pahlavi, Omid Jalili and Golshifteh Farahani. President Donald Trump and Democratic presidential candidate Joe Biden both tweeted about the Afkari case at separate times. UFC fighter Bobby Green also addressed the case given that Afkari was a former wrestler.

The case also appears to have political fallout between Iran and Germany. Iran summoned the German ambassador after the embassy tweeted in Persian criticizing the execution of Afkari. Iran called the tweets meddling in the Islamic Republic’s affairs. There have also been conflicting reports that Foreign Minister Mohammad Javad Zarif’s trip to Germany has been delayed due to the political fallout.