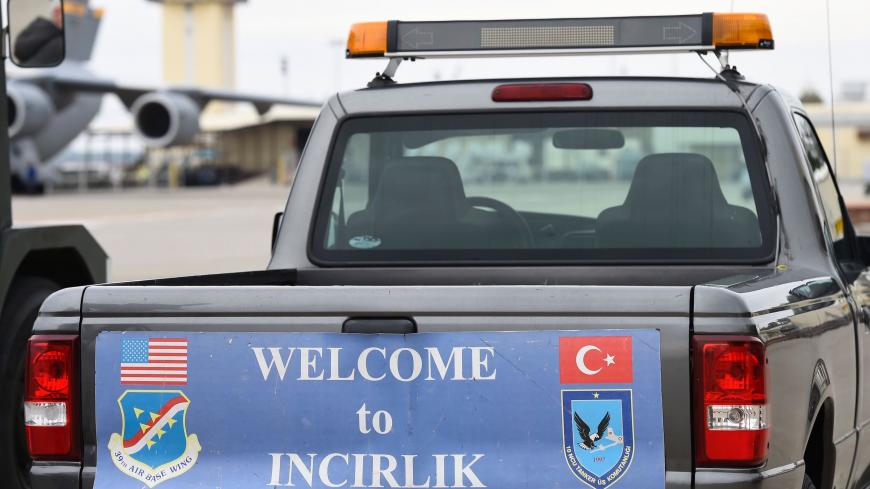 A service vehicle with a sign reading "Welcome to Incirlik" is pictured at the airbase in Incirlik, Turkey, on Jan. 21, 2016. - TOBIAS SCHWARZ/AFP via Getty Images

A Pentagon spokesman pushed back on Tuesday on a claim by US Senator Ron Johnson that officials in Washington are considering a withdrawal of US forces from the Incirlik airbase in Turkey and looking to the Greek island of Crete as an alternative.

US Army Lt. Col. Thomas Campbell told the Anadolu Agency that the Pentagon “has no plans to end our presence at Incirlik airbase.”

Johnson told The Washington Examiner on Friday that US officials were considering shifting forces to Souda Bay on Crete, where the US Navy maintains a presence at the deep-water NATO port.

“We don't know what's gonna happen to Incirlik,” Johnson, a Republican of Wisconsin, said last week. “We hope for the best, but we have to plan for the worst.”

“I don’t think we want to make that strategic shift, but I think, from a defensive posture, I think we have to look at the reality of the situation that the path that Erdogan is on is not good,” he told The Examiner.

The lawmaker called Erdogan’s policies “disturbing,” saying they are among the reasons the United States is “beefing up” its presence on Crete, “because our presence, quite honestly, in Turkey is certainly threatened.”

US relations with Turkey have weakened in recent years. The fissure was widened by US support for the Kurdish-led People’s Protection Units (YPG) — which Ankara considers a terror organization — in Syria during the war against the Islamic State.

Congress has pushed the Donald Trump administration to impose economic sanctions on Turkey for the S-400 purchase, but the administration has offered Ankara a potential way out of the sanctions if it does not activate the system.

Erdogan threatened late last year to close Incirlik and the base at Kurecik, where the United States also has military forces, if Washington imposes sanctions. In addition to the US Air Force presence, Incirlik also houses US nuclear weapons, considered an important deterrent against Russia.

The US State Department has been circumspect about criticizing its NATO ally, even as Turkey invaded northeast Syria to attack the YPG last year, sending US forces scrambling to get out of the way.

Secretary of State Mike Pompeo took a rare jab at Ankara this week, saying only Turkey and Iran oppose a US-brokered agreement for Bahrain and the United Arab Emirates to recognize Israel.

Earlier month, the United States relaxed part of its decades-long arms embargo on Cyprus, allowing for non-lethal defense equipment to be sold to the island nation.

Ankara strongly condemned the move and threatened to take unspecified unilateral action if the United States did not reverse course.

US Ambassador to Cyprus Judith Garber said at the time the embargo modification had been “in process for months” as part of “a growing [US] security partnership with Cyprus."

Garber said the decision was part of a push to get Cyprus to limit Russia’s naval access to the island. The United States has been increasingly concerned about Russia's expanding Mediterranean presence.