Iran's ambassadors to three European countries have been summoned this week over Tehran's human rights practices. 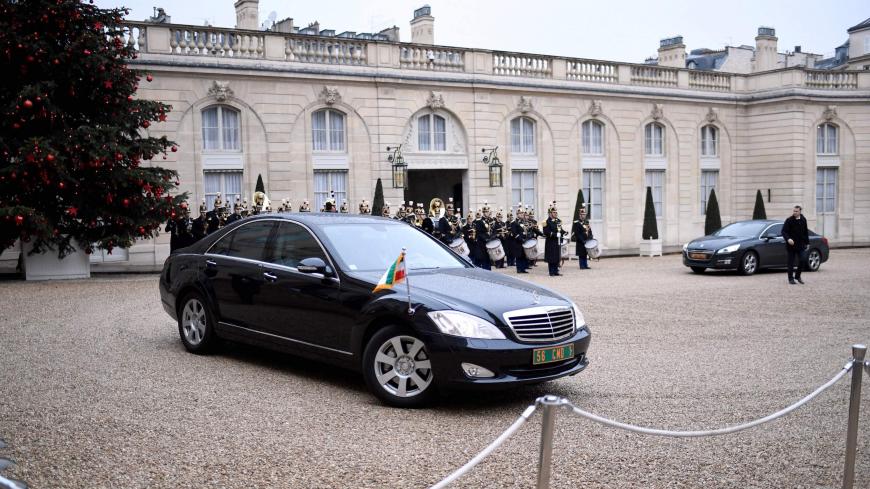 Iran's ambassador to France arrives in a car to attend the French president's New Year celebration for the diplomatic corps on Jan. 12, 2017, at the Elysee Presidential Palace in Paris. - STEPHANE DE SAKUTIN/AFP via Getty Images

The British news outlet The Guardian reported that the United Kingdom’s Foreign Office summoned Iranian Ambassador Hamid Baeidinejad on Tuesday. France and Germany also called on the Iranian ambassadors to their countries this week. The three European states acted together, according to the outlet.

Reuters also reported that France summoned the Iranian ambassador in Paris on Thursday in coordination with the United Kingdom and Germany.

Both the United Kingdom and France have citizens in Iranian detention facilities, a source of tensions with the Islamic Republic. Charity worker Nazanin Zaghari-Ratcliffe, a dual citizen of Iran and the United Kingdom, has been held in Iran since 2016. Earlier this month, the government announced new charges against her. She was originally detained for allegedly plotting to overthrow the government. She says she was only visiting family.

Academic Kylie Moore-Gilbert, an Australian-British citizen, has been in prison since 2018 on espionage charges. She was in the country to conduct research and attend a conference. In July, authorities transferred her to the Qarchak women’s prison, which is notorious for disease and violence.

France, Germany and the United Kingdom have a less tense relationship with Iran than their ally the United States does, but pressure is turning up on Iran over its detention practices. The recent execution of wrestler Navid Afkari was condemned both within Iran and abroad.

The United States has had some success retrieving its citizens from Iran with Swiss mediation. Iran’s Foreign Minister Mohammad Javad Zarif said this week that Tehran is open to further prisoner exchanges with Washington.