Bulgaria said that two dual citizens of Lebanon were responsible for the Black Sea attack that targeted Israeli tourists in 2012; Hezbollah has denied involvement. 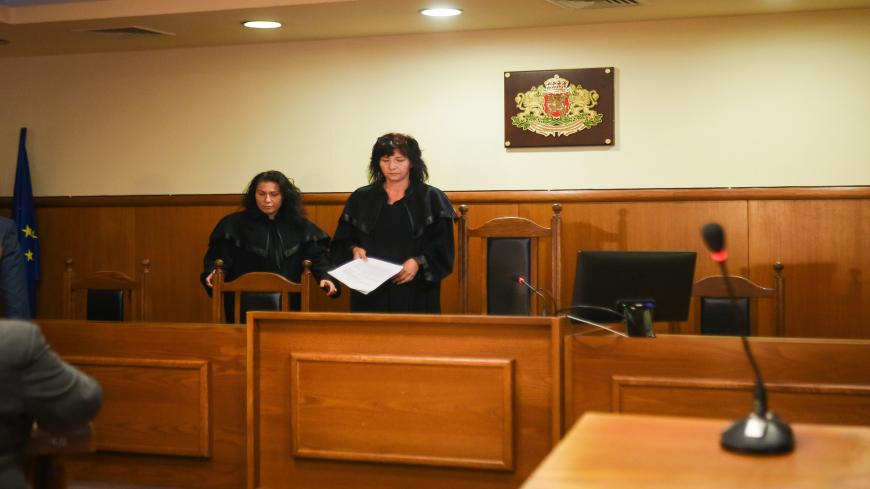 Judges of Bulgaria's specialized criminal court arrive for the final decision for the 2012 bomb attack on Israeli tourists at Bulgaria's Burgas airport that killed five people, Sofia, Bulgaria, Sept. 21, 2020. in Sofia. - A Bulgarian court on September 21, 2020, sentenced two men to life in prison over a deadly 2012 bus bomb attack on Israeli tourists at the country's Burgas airport. - NIKOLAY DOYCHINOV/AFP via Getty Images

A Bulgarian court sentenced two men to life in prison on Monday over a deadly terrorist attack against Israeli tourists in the country in 2012. Prosecutors reportedly said they are tied to the Lebanese military and political group Hezbollah.

Hassan El Hajj Hassan and Meliad Farah were found guilty of terrorism, murder, attempted murder and property damage. The charges stem from a bus bombing in Sarafovo on the Black Sea that killed five Israeli tourists and their Bulgarian driver, according to the state-run Bulgarian News Agency.

Bulgarian prosecutors said the two men are linked to Hezbollah, but the judge did not mention this when delivering the verdict, Reuters reported. Hezbollah denied its involvement in the attack at the time.

The Iran-backed Hezbollah is in a state conflict with Israel. The two most recently clashed in August on the Israel-Lebanon border.