UN condemns Yemen strike that killed as many as 9 children 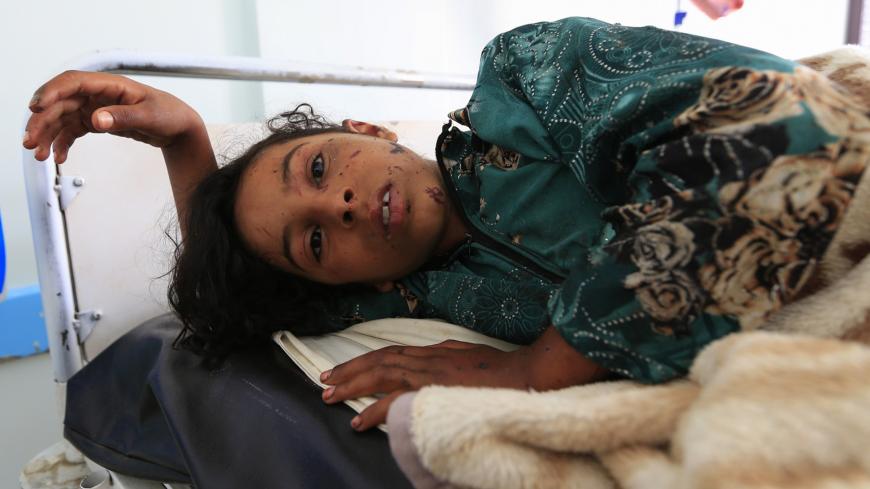 Yemeni children were reported to have been killed and injured in an airstrike in Jawf province on Aug. 6, 2020. This photo from last month shows a girl from the province who was wounded in a Jawf airstrike by the Saudi-led coalition; she was receiving treatment at a hospital in the capital, Sanaa, on July 16, 2020. - MOHAMMED HUWAIS/AFP via Getty Images

As many as nine children were killed following airstrikes in northern Yemen’s Jawf province Thursday, the United Nations said.

The attack occurred as the victims were traveling by road, the UN’s Office for the Coordination of Humanitarian Affairs said in a statement. Field reports indicate the strikes, which occurred in the Houthi-held Haraad area in Jawf, killed as many as nine children and injured seven.

“Like all senseless acts of violence against civilians, this is shocking and completely, totally unacceptable,” Lise Grande, the UN humanitarian coordinator for Yemen, said in a statement. “We extend our deep condolences to the bereaved and wish all of the injured a full and fast recovery.”

The Iran-backed Houthis blamed the Saudi-led military coalition for the strike, which came a day after the coalition said it intercepted a bomb-laden drone launched by the rebels that was headed toward Saudi Arabia.

The UN reports the Thursday strikes were the third such incident to cause civilian casualties in less than a month. In mid-July, an airstrike killed a woman and seven children in Hajjah province in northeast Yemen. Days later, another attack in Jawf killed at least 11 civilians, including several children.

Years of conflict in the region’s poorest country have created what the UN calls the world’s worst humanitarian crisis. Nearly 80% of the population requires some form of humanitarian assistance.

Last month, the UN special envoy for Yemen, Martin Griffiths, warned the Security Council that UN-brokered peace negotiations between the Houthis and the Yemeni government had a limited window of opportunity to produce an agreement.

“I do not want today to sugarcoat things,” Griffiths said, adding that without a peace deal, Yemen will enter a “new phase of prolonged escalation, of the uncontrolled spread of COVID-19, and of severe and threatening economic decline.”