US troops injured after encounter with Russian vehicle in Syria

The US called the incident with Russia in northeast Syria a "breach of deconfliction protocols." 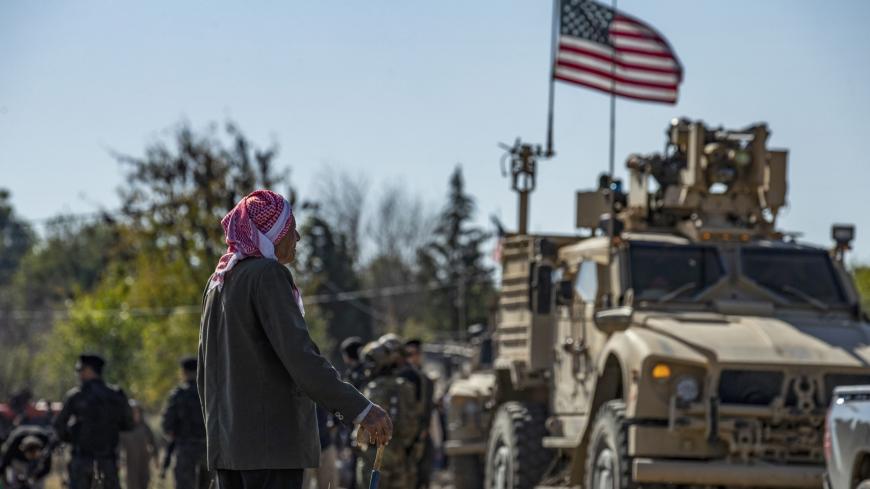 An elderly man watches as a US military vehicle, part of a joint convoy with the Kurdish People's Protection Units (unseen), patrols near the town of Muabbadah in northeastern Syria's Hasakah province on the border with Turkey, on Nov. 9, 2019. - DELIL SOULEIMAN/AFP via Getty Images

“To de-escalate the situation, the coalition patrol departed the area,” Ullyot said. “Unsafe and unprofessional actions like this represent a breach of deconfliction protocols, committed to by the United States and Russia in December 2019.”

According to Politico, which obtained a draft Pentagon statement, four troops were diagnosed with mild concussion-like symptoms after what was described as a deliberate ramming of the coalition vehicle. Apparent video from the scene showed the Russian vehicles in close proximity to US forces as a Russian helicopter circled above.

Gen. Mark Milley, chairman of the Joint Chiefs of Staff, spoke with his Russian counterpart, Gen. Valery Gerasimov, by phone today, Milley’s office said. Details of the call were not provided in accordance with past practice.

Moscow has taken advantage of the vacuum that was left by the partial drawdown of US forces last year; President Donald Trump ordered the withdrawal ahead of Turkey’s cross-border campaign in northeast Syria. Roughly 500 American troops remain in the war-torn region to counter the Islamic State and safeguard the oil fields run by the US-partnered Syrian Democratic Forces.

Despite a deconfliction zone established by Washington and Moscow to avoid clashes, there have been a number of encounters involving the two militaries. In February, a Russian patrol vehicle was present when a US convoy came under fire from Syrian government forces while at a checkpoint near the city of Qamishli.

In a phone call this month, US Secretary of Defense Mark Esper and Russian Defense Minister Sergei Shoigu discussed ways of building trust in “order to prevent accidents” during their respective operations in the country, according to a tweet from Russia’s Defense Ministry.