The two countries are working on direct flights and now allow phone calls to one another. 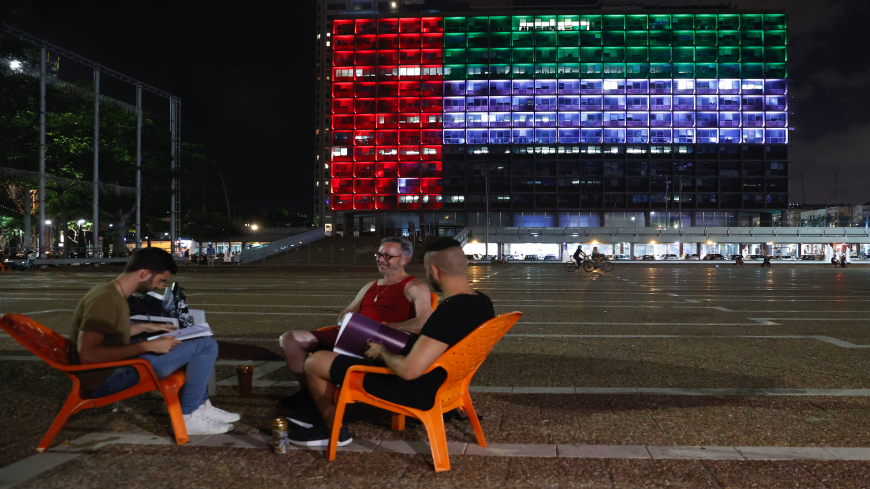 The city hall in the Israeli coastal city of Tel Aviv is lit up in the colors of the United Arab Emirates national flag on August 13, 2020. Israel and the UAE agreed to normalize relations in a landmark US-brokered deal, only the third such accord the Jewish state has struck with an Arab nation. - Photo by JACK GUEZ/AFP via Getty Images

Israel and the United Arab Emirates (UAE) continue to normalize ties after announcing last week that they would establish formal diplomatic relations.

Israel and the UAE reached the historic deal brokered by the United States on Aug. 13. The UAE will recognize Israel, and Israel will stop plans to annex parts of the Palestinian West Bank, per the agreement. Israeli Prime Minister Benjamin Netanyahu has since said annexation could still come, although he has said this for months without delivering and may be appeasing the Israeli right. This is the first time a Gulf nation has established official relations with Israel. Israel and Saudi Arabia have also deepened cooperation on Iran in recent years without formalizing ties.

The Emirates and Israel are now moving toward normal relations. On Sunday, phone lines opened between the two states. Previously blocked Israeli websites can also now be accessed from within the UAE.

On Monday, the Abu Dhabi Stem Cells Center and the Israeli stem cell research firm Pluristem Therapeutics agreed to collaborate on research to fight COVID-19, according to the state-run Emirates News Agency. The joint statement from Israel, the UAE and the United States on the agreement also said the countries would cooperate on the coronavirus.

Regarding flights, Emirati businessman Khalaf Ahmad Al Habtoor told Israeli media he was in talks with Israir Airlines to establish direct flights between Israel and the UAE. On Monday, Netanyahu said the flights would go over Saudi Arabia.

The deal has sparked speculation that other Gulf countries could now establish relations with Israel. Israeli officials told local media that they are currently in talks with Oman.