Turkey to use 'all available' tools as currency plunges

Turkey’s Central Bank says it's ready to use “all available instruments” to calm the market as the Turkish lira drops to new depths, and an interest rate hike is one of the most obvious. 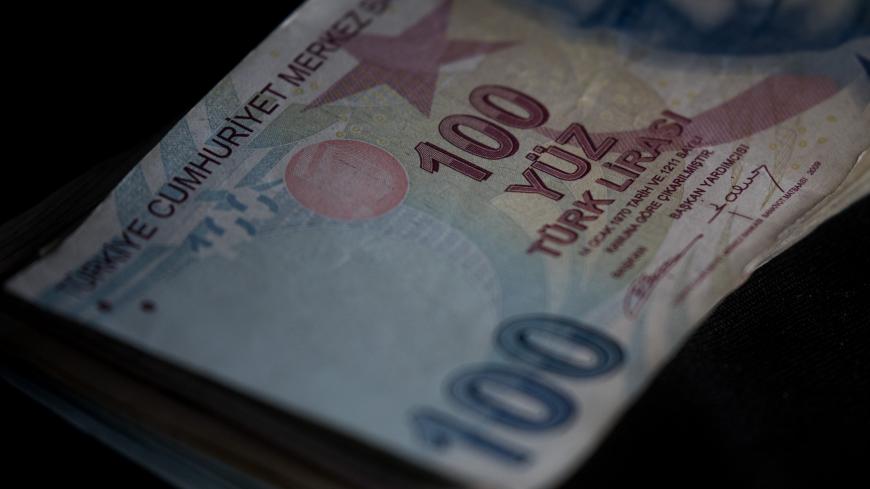 Turkey’s Central Bank said today that it was ready to use “all available instruments” to reduce market volatility as the Turkish lira slid to record lows against the dollar and the euro.

“Targeted additional liquidity facilities will be phased out amid normalizing economic activity as of early August, the bank said in a statement that was apparently aimed at calming rising market jitters.

The lira traded at over 7.28 against the dollar today, a historic low, marking a 20% decrease in its value against the greenback this year.

Many economists say a rate hike is one of the most obvious and immediate tools to prevent the lira’s meltdown. But there are few signs so far that Turkish President Recep Tayyip Erdogan, who is viscerally opposed to raising interest rates, will let that happen. Erdogan believes that high rates cause inflation and sacked the former Central Bank governor, Murat Cetinkaya, last summer for challenging the president’s unorthodox views.

Yet annual inflation has been rising, nearing the 12% mark, leaving real interest rates deeply negative for lira depositors, in turn accelerating the lira’s slide and the exodus of foreign investors who feel they are not being adequately rewarded for the risk of holding Turkish assets. According to Central Bank figures, foreign investors withdrew a record $7 billion out of the Turkish lira bond market and $4.3 billion in Turkish equities in the first six months of this year.

The Central Bank has burned through tens of billions of dollars to maintain the lira at seven to the dollar, depleting reserves.

"In a bid to stop a full-on crash of the lira in world markets as in 2018, the Turkish government has forfeited its current account surplus and sold its dollar reserves to prop up the currency. This strategy is only effective if the economy can return to near normal by the end of the year, which seems unlikely given the massive hit to the tourism sector brought on by COVID,” noted a London-based banker who closely monitors Turkey and spoke to Al-Monitor on condition of anonymity.

"Worse still, investors are fleeing the lira and lira-denominated assets as the currency is subject to arbitrary moves by the government and the currency rates do not reflect fair value. Any return of a second wave of COVID could lead to sustained pressure on the currency, which the government will struggle to contain without massive borrowing, which would further undermine investor confidence," the banker added.

Garo Paylan, a lawmaker for the opposition People's Democratic Party who crafts its economic policies, said the Central Bank’s statement signaled fiscal tightening. “The bank is saying it will stop printing money and turn off the tap on cheap credits, which people have used to buy dollars and gold, putting more pressure on the lira.”

Paylan predicted in a telephone interview with Al-Monitor that the government would be forced to raise interest rates, as it did during a similar currency crunch in 2018. It would also have to find external financing beyond its current stopgap policy of currency swap deals with countries such as Qatar, and that is where it will “hit the wall,” he said.

It’s highly unlikely that Turkey would seek relief from the International Monetary Fund because of the strictures and scrutiny that would be imposed by the bank on Turkey in any such deal. While the government has repeatedly ruled out introducing capital controls, Paylan said should the government persist in its current trajectory a potential run on the banks could leave the government no other alternative.

The London-based banker argued that there is no indication that the government will raise interest rates because “it will increase their cost of borrowing to do that also. It would lead to household debt further increasing. It would hit the man on the street who can’t pay his mortgage or credit card. They have no grip on the economics of this.”

He agreed that the Central Bank’s statement probably points to fiscal tightening. “They are going to stop pumping coronavirus funds into people's pockets and just sell reserves and so on to prop the currency up.” The banker was referring to a raft of financial relief measures introduced by the government to ease the economic fallout from the pandemic. They include raising the minimum pension and cash assistance to families and postponing tax payments for industries that are worst hit by the effects of the disease, notably tourism and manufacturing.

Ali Babacan, a former economy minister who quit Erdogan’s Justice and Development Party last year and launched his own rival center-right party in March, took aim at the government’s management of the economy under Berat Albayrak, the finance minister and Erdogan’s son-in-law. In remarks uploaded to YouTube today, Babacan said, “The economy is the country’s gravest problem. We are discussing foreign currency exchange rates today again. We issued countless warnings. The people are paying the price of poor decisions.”

Babacan went on to say that the foreign currency reserves that had reached $136 billion at one time were now in the negative. “When the Central Banks prints money with no reserves or assets to back it, then the deprecation in the value of the Turkish lira is inevitable.”