Beirut’s club scene gets creative in wake of blast

Lebanon's nightlife is key to its economy and spirit. 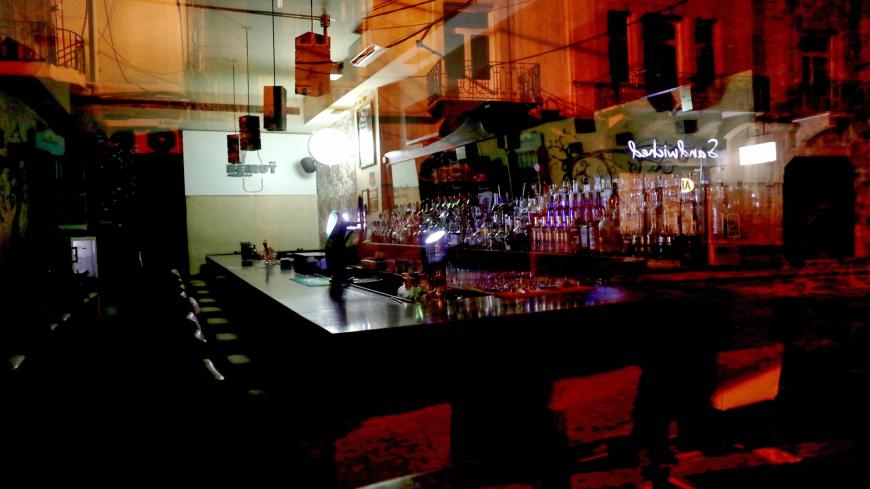 A photograph shows a bar on Gouraud Street in Beirut's Gemayzeh district, known for its bustling nightlife, empty, after measures were taken in order to prevent the spread of the coronavirus, Lebanon, March 12, 2020. - ANWAR AMRO/AFP via Getty Images 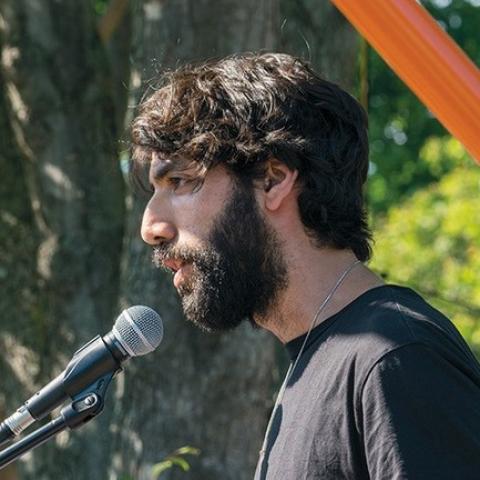 Some nations tend to make more headlines than others. It’s no secret that Beirut, Lebanon’s capital of many faces, is known for its joie de vivre. The Lebanese nightlife scene has, since the end of the civil war, been a boon for business in the country and a source of pride for locals. Boasting streets full of bars, coastal rooftops in summer and dingy warehouses in winter, the party scene in Beirut is a foundational pillar in the economic and social makeup of the city.

While Lebanese businesses are used to navigating challenges and surprises, an economic meltdown, coronavirus lockdown and the recent tragedy at the port of Beirut have made challenges existential. After the Aug. 4 explosion, the devastation feels all the grimmer. One of the many economic sectors suffering is the food and beverage industry, of which nightlife, and particularly electronic music venues, is a part.

Jad Abou Jaoude is a board member of the Syndicate of Owners of Restaurants, Cafes, Night Clubs, Pubs and Pastries in Lebanon, a role he has occupied for the past four years. The syndicate is the official nonprofit organization bringing together entrepreneurs and owners of the most reputable food, drink and entertainment establishments in Lebanon, lobbying the government on their behalf on a wide range of issues.

“The industry won’t get on its feet anytime soon,” he told Al-Monitor. “Beirut was completely destroyed [after the recent explosion].”

The syndicate estimates losses for the entire F&B industry at around $1 billion, $80 million of which, Abou Jaoude estimates, should be allocated to the nightlife scene to deal with rebuilding the sector after the horrific blast.

“The clubbing industry generates $3.2 billion for the government, which they [government] don’t even see as a priority. We have no support whatsoever,” he added.

When speaking of large-scale, rave-like atmospheres, there are three main electronic hubs in the country. Uberhaus, which doubles down as The Garten in summer, The Ballroom Blitz, a winter venue, and the group Factory People, who run various outlets throughout the year, known for venues like Ahm, Reunion and The Grand Factory. As obstacle after obstacle has dogged the local market this year, these venues have had to innovate to survive, and also to do their part in responding to humanitarian situations as they have unfolded.

Nemer Saliba, co-founder of Uberhaus, The Garten and a host of other renowned establishments, will tell you it has always been this way, even if today it is a lot worse. This is the first summer since the first year they opened their doors in 2012 that The Garten is likely not to open. On a normal night, taking in the sunrise at the venue is a crowd of 3,000 people. The view of east Beirut, the now devastated port, and a cascade of coastal towns and frosty mountains — you would think that business would always be booming. Looks can be deceiving. “It’s been a bumpy ride since we opened. One step forward, two steps back because of this country,” Saliba told Al-Monitor.

Saliba feels the pandemic did not only create a sense of camaraderie, it also might have leveled the playing field. With an ironic laugh, he said, “For those who were trying to operate even during the unrest and crisis, COVID-19 was the cherry on top. You can’t operate anymore, even if you want to. The coronavirus brought everyone to that level.”

While The Garten has been up and running for the better part of a decade, The Ballroom Blitz, by contrast, was born just before the current crisis. Joe Mourani, co-founder and owner, told Al-Monitor, “We opened in October 2018. Our first year was a huge success.” The Ballroom Blitz is a winter venue, and though 2018 was a remarkable debut success, 2019 proved otherwise. “We operated five days during the entire season.”

Though only taking part in one entire winter season, The Ballroom Blitz is already a cultural mainstay in the country. Mourani has tried to maintain a sense of normalcy and continuity, especially with key team members. “Until today I have not let go of anyone. When we’re not operational, it’s hard.”

Mo Choucair, co-founder and acting director of The Ballroom Blitz, tries to strike a positive note. Choucair found little sympathy in the international market for the struggles they were facing before the coronavirus pandemic. However, when coronavirus lockdown measures were imposed in March that situation changed entirely. “It opened a conversation that was never easy before. You felt like the whole world was struggling in almost the same way. After the outbreak, there was more friendliness in the scene,” he said.

As food scarcity became a real problem, The Ballroom Blitz took on the issue. “We did a charity called 'The Great Oven,' creating a massive oven and moving it around Lebanon, wherever it was needed.” The newfound camaraderie was not only sentimental but proved to have practical consequences. “We’ve been working with Radio al-Hara in Palestine, and Radio Rahim in Milan.”

Another initiative has been "Electronic Labor Day" (ELD), launched on International Workers Day earlier this year to combat the overwhelming economic crisis and lend support to nonmanagerial staff of the main electronic music venues in the country, who rely on the clubs to open their doors.

After seeing what others were doing in the market — such as Beatport, MixMag, Resident Advisor and the call to #saveourscene — because of COVID-19, the electronic music scene worldwide was taking clear steps to avoid a preventable catastrophe. The idea came to Nemer Saliba, of Uberhaus, recognizing the need to fill in where perhaps a healthier, more reliable government might. He decided to launch an initiative to coincide with International Workers Day.

“In our case the nonmanagerial staff — people who live from those salaries — that was a major blow for them. No one thought of them. And we were like, May 1 is coming,” he told Al-Monitor.

ELD was an enormous success, earning more than 2 million views and raising over $100,000 for those affected by the lockdown. A second edition is planned to coincide with the 40-day mourning period after the port blast.

The future is shrouded in uncertainty. Many F&B players will not get back on their feet. It may not be the time to think long term, but decisions will need to be made. After the grieving period has passed, and the world picks up the pieces from the year 2020, what will be left of the scene? So far, there is yet to be a comprehensive plan set forth by the caretaker government for the F&B sector. In the absence of governmental support, the Lebanese will be left to their own devices to salvage what they can.