Is Oman next in line to normalize relations with Israel? 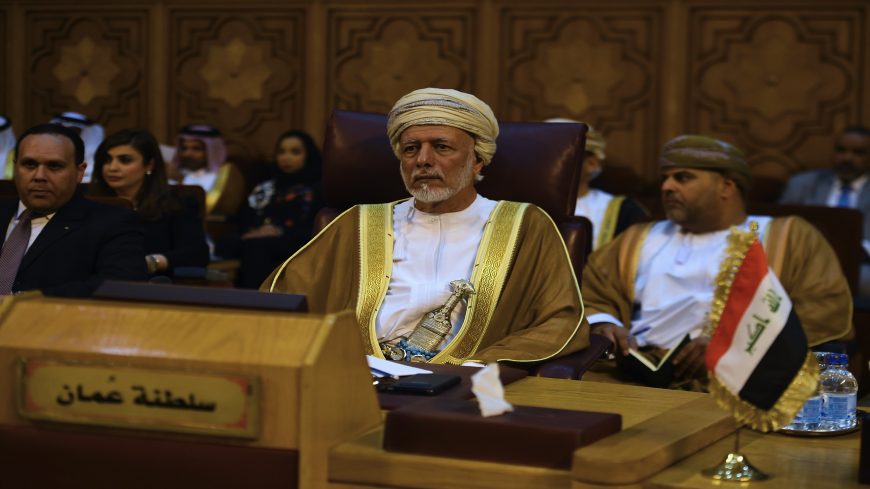 Oman's Foreign Minister Yusuf bin Alawi bin Abdullah attends a meeting of the Arab League member states at the grouping's headquarters in the Egyptian capital of Cairo to discuss the latest developments in the Palestinian territories on April 21, 2019. - MOHAMED EL-SHAHED/AFP via Getty Images

Israel Foreign Minister Gabi Ashkenazi spoke today on the phone with his Omani counterpart, Yusuf bin Alawi bin Abdullah. The rare phone call focused on the Israeli-United Arab Emirates (UAE) normalization accord, announced Aug. 13, and other recent regional developments. After the phone call, Ashkenazi tweeted, "We spoke about recent developments in the region, the normalization agreement with the United Arab Emirates and the need to strengthen relations between Israel and Oman." He added, "The Omani Foreign Minister emphasized the strong stance of the Sultan and his [support for] achieving of a just, lasting and comprehensive peace in the Middle East as well as the need to resume peace negotiations."

Relations between Israel and Oman had warmed up in recent years, and especially since 2018 when Prime Minister Benjamin Netanyahu and his wife, Sara, visited Muscat and met with Sultan Qaboos. The phone call today might indicate that Oman would be next in line for establishing diplomatic ties with Israel.

Yesterday, Israel's Intelligence Minister Eli Cohen said that Bahrain and Oman could soon follow the UAE in recognizing the State of Israel. “In the wake of this agreement will come additional agreements, both with more Gulf countries and with Muslim countries in Africa. I think that Bahrain and Oman are definitely on the agenda. In addition, in my assessment, there is a chance that already in the coming year there will be a peace deal with additional countries in Africa, chief among them Sudan,’’ said Cohen.

As a reminder, in February 2000 Netanyahu met in Uganda with Gen. Abdel Fattah al-Burhan, the head of Sudan's Sovereign Council. Since then, other senior Sudanese officials have made positive statements on Israel, though renewal of relations has not been announced yet.

Mauritania, another Muslim African country, could also be a candidate for renewing ties with Israel. After the 1993 Oslo Accords, Israel established a mission in Nouakchott and later on opened an embassy there. But a decade ago, with pressure coming from Iran, Mauritanians severed diplomatic ties with Israel. Since then, the relations between Nouakchott and Tehran became complicated. These complications might explain the favorable reaction in Mauritania to the Israel-UAE deal. Mauritania, a member of the Arab League, said it trusts the “wisdom and good judgment” of the UAE leadership in signing the agreement with Israel. Its Foreign Ministry said, “The UAE possesses absolute sovereignty and complete independence in conducting its relations and assessing the positions it takes in accordance with its national interest and the interests of Arabs and Muslims."

In the meantime, Israel advances in big steps toward strengthening ties with the UAE. President Reuven Rivlin extended today an invitation to the crown prince of the Emirate of Abu Dhabi, Mohammed bin Zayed Al Nahyan, to visit Jerusalem. A delegation composed of Israeli diplomats and officials from the office of the National Security Council is expected to arrive in Abu Dhabi in the coming days.