Israel retaliates after Hezbollah shoots at IDF from Lebanon

Israel is worried that a security incident late Aug. 25 on the border fence with Lebanon means that Hezbollah intends to escalate tensions. 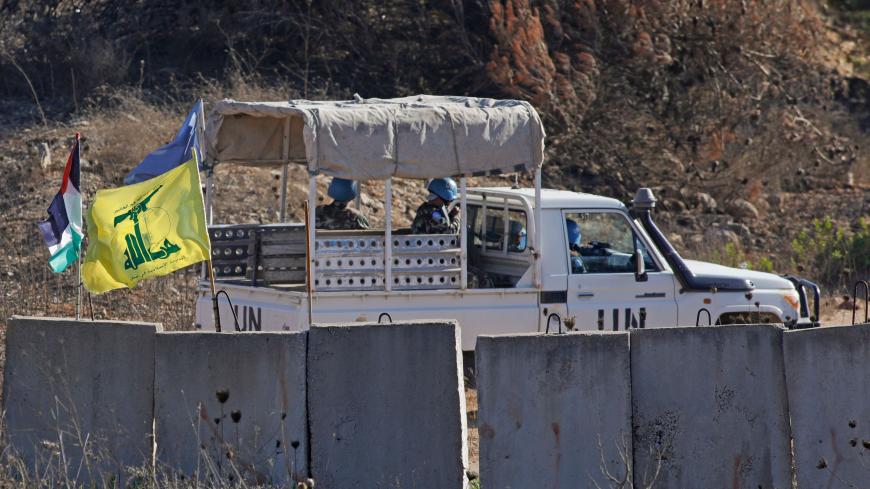 A picture taken from the northern Israeli kibbutz of Manara on Aug. 26, 2020, shows United Nations peacekeeping force (UNIFIL) patrolling along the border with Israel in the southern Lebanese village of Houla. - JALAA MAREY/AFP via Getty Images

“Israel takes the shooting at our forces by Hezbollah very seriously. We will not tolerate any aggression against our citizens,” Prime Minister Benjamin Netanyahu announced the morning of Aug. 26. He was reacting to developments overnight, of shots fired from Lebanese territory at Israel Defense Forces (IDF) troops on the Israeli side, near the border fence.

Addressing Hezbollah, Netanyahu said that aggression by the group is endangering the state of Lebanon. “I suggest that Hezbollah not test Israel’s crushing force,” warned Israel’s prime minister.

Defense Minister Benny Gantz also reacted, tweeting, "Yesterday at 22:40 shots were fired in the Manara sector against our troops, from Lebanese territory. The incident ended without any injuries. The IDF retaliated with combat helicopters and aircraft attacking Hezbollah terror targets. We will not allow [Hezbollah Secretary-General Hassan] Nasrallah to hurt either our soldiers or our country. We will react severely to any incident on the border.’’

After the shooting, residents living near the Israel-Lebanon border were instructed to shelter in their homes. The army blocked some roads near the border fence as the IDF reported an ongoing "security incident." It was only several hours later that information came out about fire from the Lebanese side of the fence.

Netanyahu, Gantz and the IDF chief of staff convened shortly after the report of the incident, with the IDF instructed to retaliate against Hezbollah positions. According to Israeli media, the bombing appeared to be the first Israeli airstrike on Hezbollah targets inside Lebanon since 2006.

Tensions on Israel's border with Lebanon and Syria have flared up in recent weeks, ever since the killing near Damascus of Hezbollah operative Ali Kamel Mohsen Jawad on July 20. Hezbollah vowed to avenge the death of Jawad, raising the level of alert in Israel. On July 27, Netanyahu said Israeli forces thwarted an attempt by a Hezbollah cell to infiltrate across the Lebanon border. “Hezbollah should know it is playing with fire,” Netanyahu said in a televised address from the Defense Ministry headquarters in Tel Aviv.

After the Aug. 4 explosion in Beirut’s port, and ensuing rage in Beirut streets, Israeli experts conjectured that Hezbollah would postpone its plans to avenge the death of Jawad. Gantz and Netanyahu leveraged public anger at Hezbollah to denounce its modus operandi of hiding ammunition and weapons inside private homes, endangering Lebanese citizens. “While Nasrallah is our greatest enemy to the north, he is Lebanon’s biggest problem from within Lebanon. We see the tragedy that happened in Lebanon. … Just think about what would happen if that were repeated with Iranian weapons in Lebanese villages,” said Gantz.

Many within the Israeli security system assess that Hezbollah constitutes the country’s toughest and most immediate threat. According to estimates, the group possesses close to 130,000 rockets and missiles capable of striking virtually anywhere in Israel.

Israel has been working with the United States for the renewal and expansion of the mandate for the UN Interim Force in Lebanon (UNIFIL) to enable UNIFIL to act efficiently against Hezbollah presence in the south of Lebanon. The mandate was last extended on Aug. 29, 2019, for a period of one year.